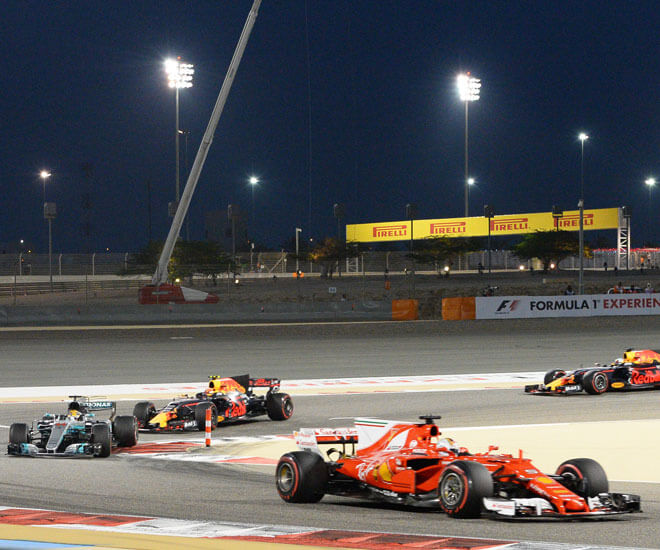 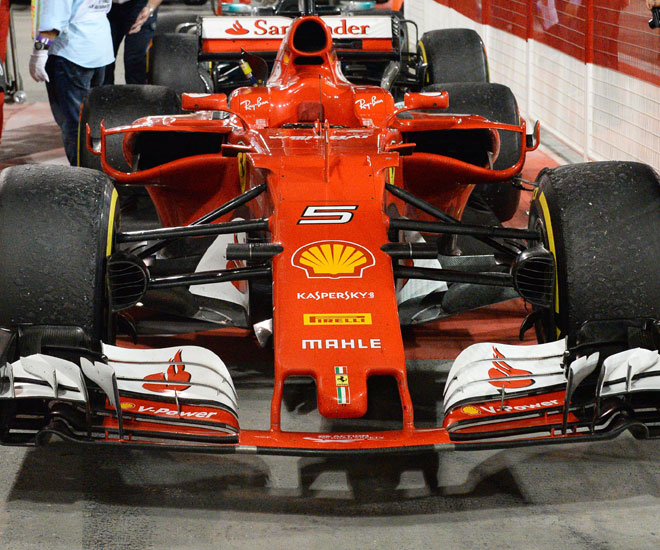 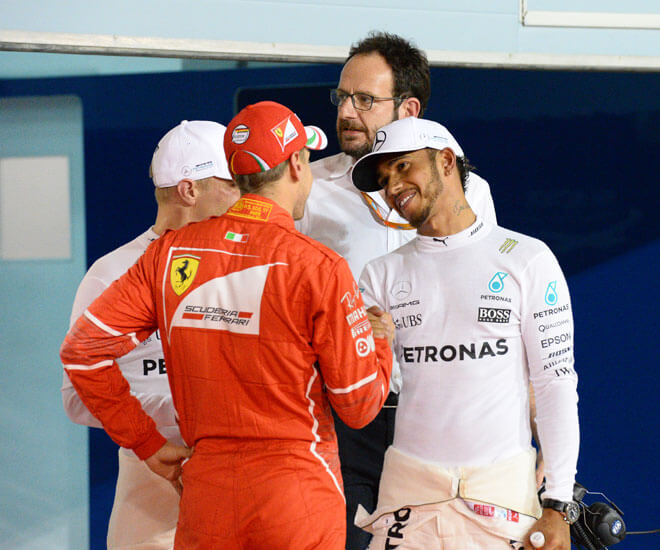 Sebastian Vettel, Valterri Bottas and Lewis Hamilton at the qualifying race in Bahrain

Sebastian Vettel led his Prancing Horse — named Gina — to victory at the Bahrain Grand Prix moving him well ahead in the points, thanks to a well-timed pit stop that saw him coming out on a fresher set of tyres way ahead of the pack. Lewis Hamilton who got served a five-second drive through penalty tried his best to make a late charge driving in spectacular style but was unable to catch the Ferrari of the four-time world champion. The saddest part of the weekend was seeing Valtteri Bottas’s chance for a first career win dashed despite him finishing in pole position during qualifying. He finished third on the podium, his anguish clearly visible when it came to the celebratory champagne showers. This was yet another setback for the Finnish driver who has just rebounded from an incident in Shanghai. Given Toto Wolff’s remarks about the driver he manages, though, it does seem that the Fin will be back, stronger for the next round in Sochi. 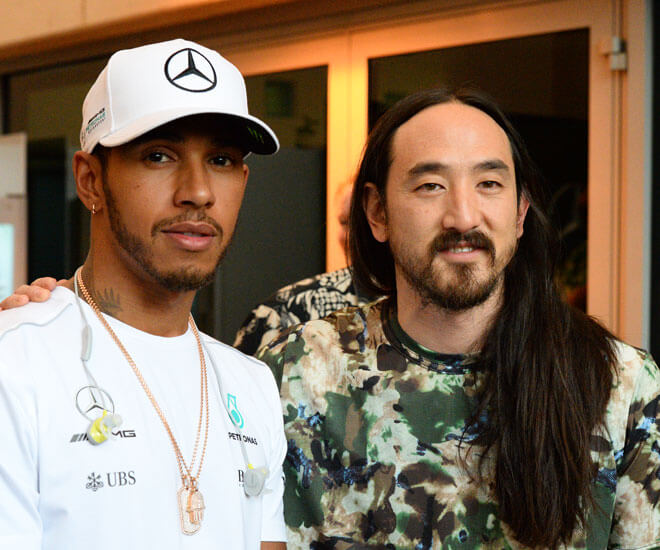 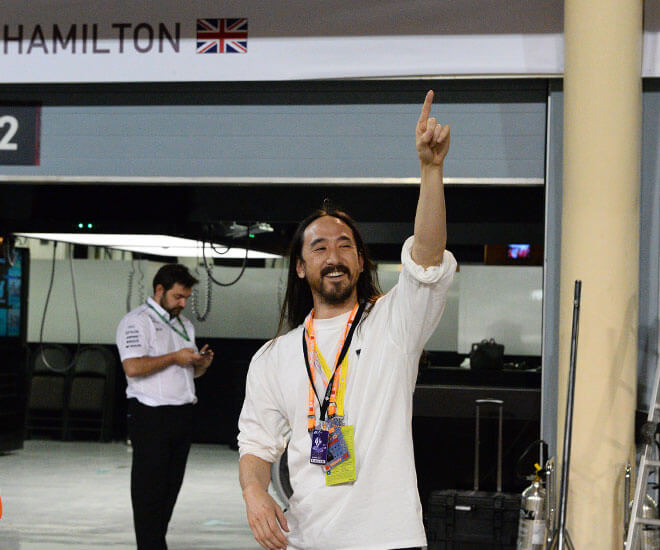 Steve Aoki in Bahrain for the 2017 Grand Prix 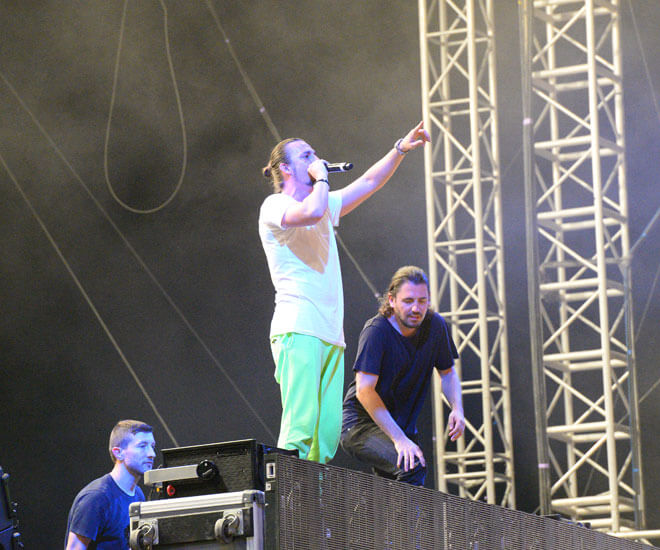 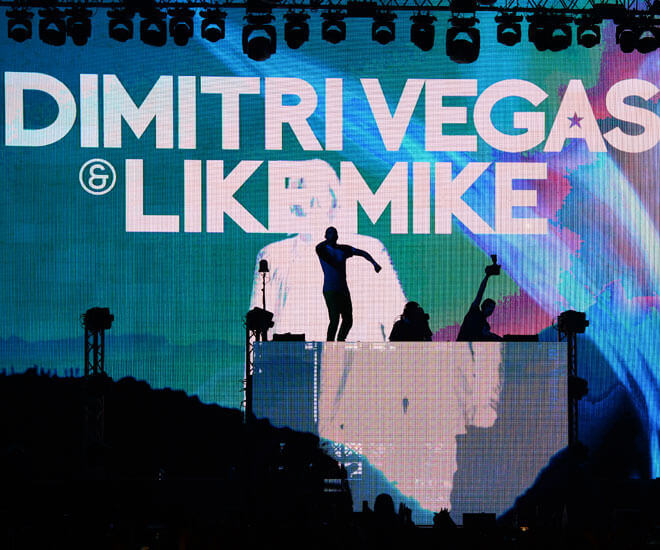 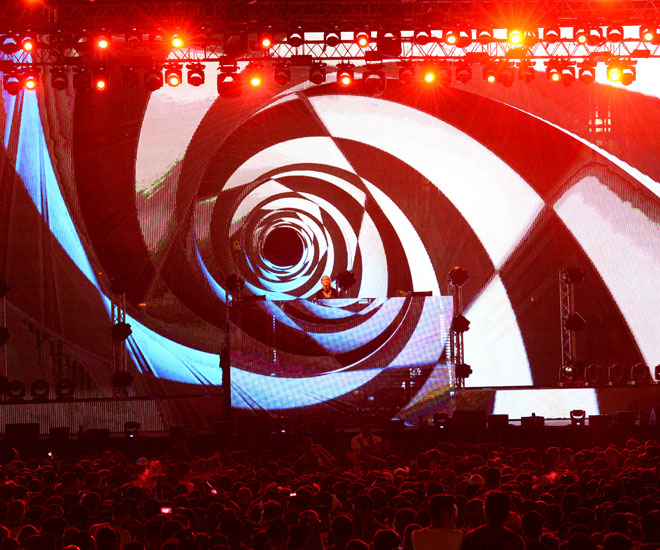 The Kingdom, already known for its ability to host, really pulled out all the stops to make this race and truly unforgettable one with fireworks both on and off the track. Friday evening’s entertainment saw DJ Klingande kick the festivities off. To bring down the house on Friday night, Bahrain International Circuit booked none other than world renowned DJ’s Dimitri Vegas and Like Mike. They played a stellar set with both members teasing the crowd and jumping up and dancing on set. The packed field at the Main Grandstand, clearly relished every moment of it, turning on their phones backlights and holding up banners with the duo’s names and pictures. On Saturday The King of Latin Pop, Enrique Iglesias took to the stage to perform his greatest hits including Duele el Corazón and Súbeme La Radio much to the delight of his female fans. To cap off the weekend, the legendary DJ Steve Aoki took to the stage to perform an exhilarating set that saw the audience on their feet throughout the performance. The maestro who was clearly pumped ran up and down the stage often stretching out his arms to embrace audience members who at the end of the performance were screaming ‘Cake Us!’ Aoki’s signature finish where he takes a cake and tosses it into the crowd. 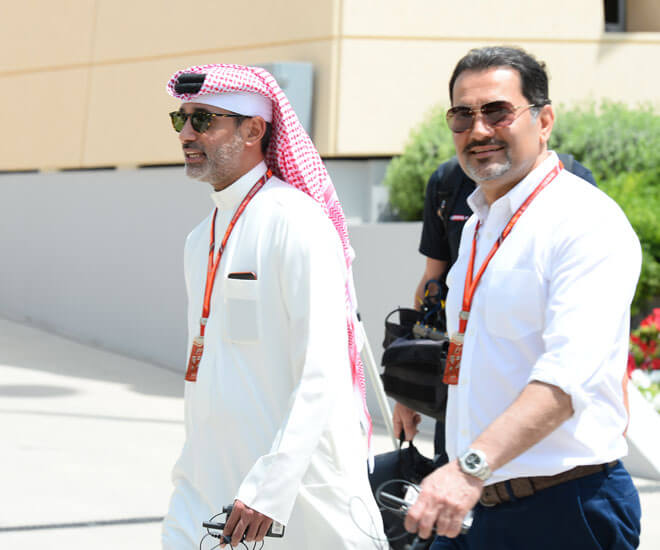 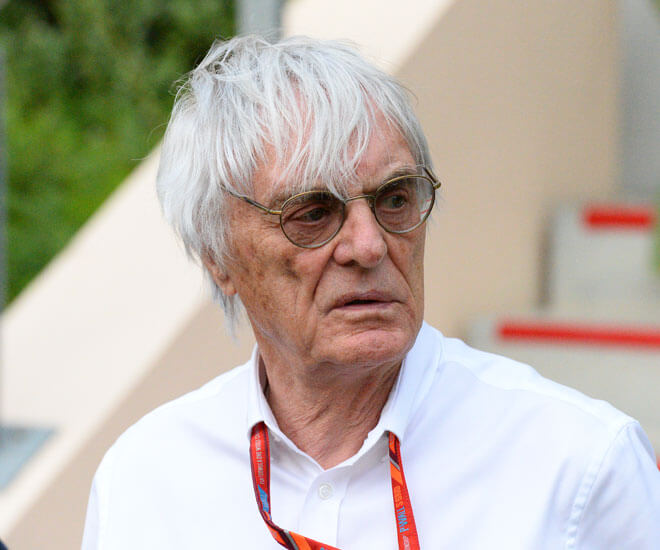 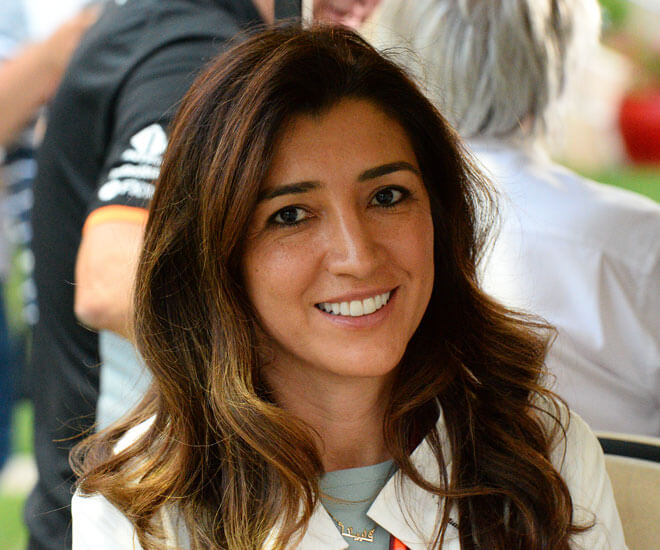 The third round of the Grand Prix saw Bernie Ecclestone or ‘Mr. E’ as he is known attend the race as a guest of His Royal Highness, Prince Salman bin Hamad Al Khalifa. Ecclestone, who watched part of the race from the Red Bull hospitality before being whisked off into the night, was followed around the paddock scrum of photographers and journalists whenever he emerged in public. Accompanied by his beautiful wife, Fabiana, who provides a glimpse into the human side of the pair, he looked visibly younger and had clearly lost some weight. As I put my arm on his shoulder to convey my thoughts, he said ‘I am not sure I feel it but thank you.’

The action packed weekend closed with a spectacular fireworks display lasting more than ten minutes, typical of Bahrain — bigger, better and with finesse. It was a stellar effort by the Bahrain International Circuit and the entire Kingdom in general who embraced fans, journalists, drivers and teams alike, with warmth and hospitality.