A Miami Beach, Florida, home once owned by pop-star Enrique Iglesias is listing for $24.95 million. 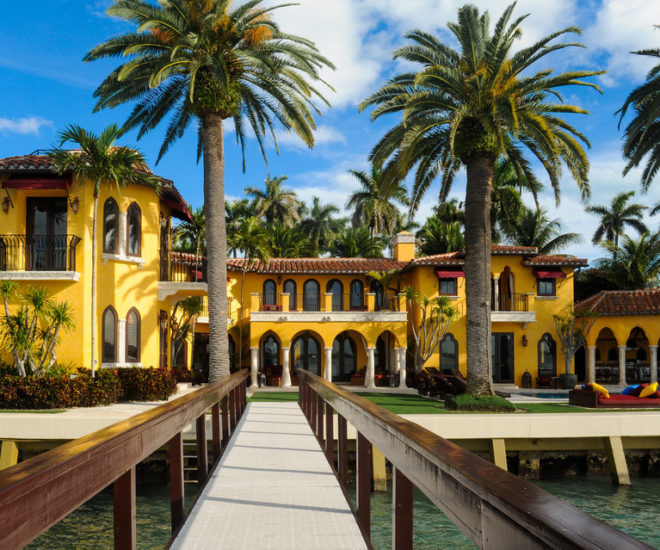 A Miami Beach, Florida, home once owned by pop-star Enrique Iglesias is listing for $24.95 million, according to listing agent William P.D. Pierce. Located on Sunset Island I, an exclusive island community on Biscayne Bay, the waterfront property has a roughly 6,700-square-foot, Moroccan-inspired home with 5 bedrooms and five bathrooms. A guesthouse has another bedroom and two bathrooms. There is a dock that can accommodate at least a 46-foot yacht, Mr. Pierce said. Called Villa Jasmine, the home also includes a rooftop Jacuzzi, home theater, an onyx bar with LED lighting, smart home automation features and a backup generator, according to the listing.