Community in Turkey comes together to paint public stairways 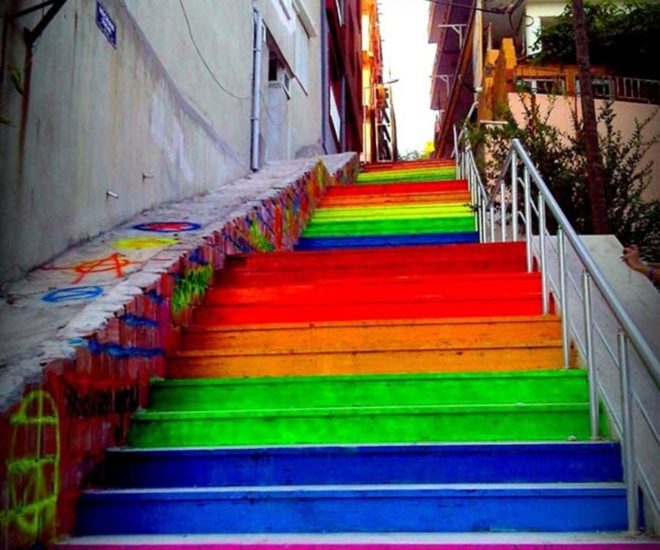 Here’s a simple story that might brighten up your dreary Monday morning:

The neighborhoods of Fidikli and Cihangir (Istanbul) have been painting public stairways bright colours to resemble a rainbow. Community members young and old took to the streets and collaborated in this lovely project. Initiated by a retired forestry engineer from this community, this project was done with the simple intent of putting smiles on the faces of others. It took a total 4 days to complete with a modest budget of 800USD. Not only did it fulfill its purpose but the rainbow coloured stairways are also became a bright, loud space for many members of the LGBTQ community within these neighborhoods to advocate their cause. Restoring color in the neighbourhood after the stairways were painted grey: See more pictures in this videos: