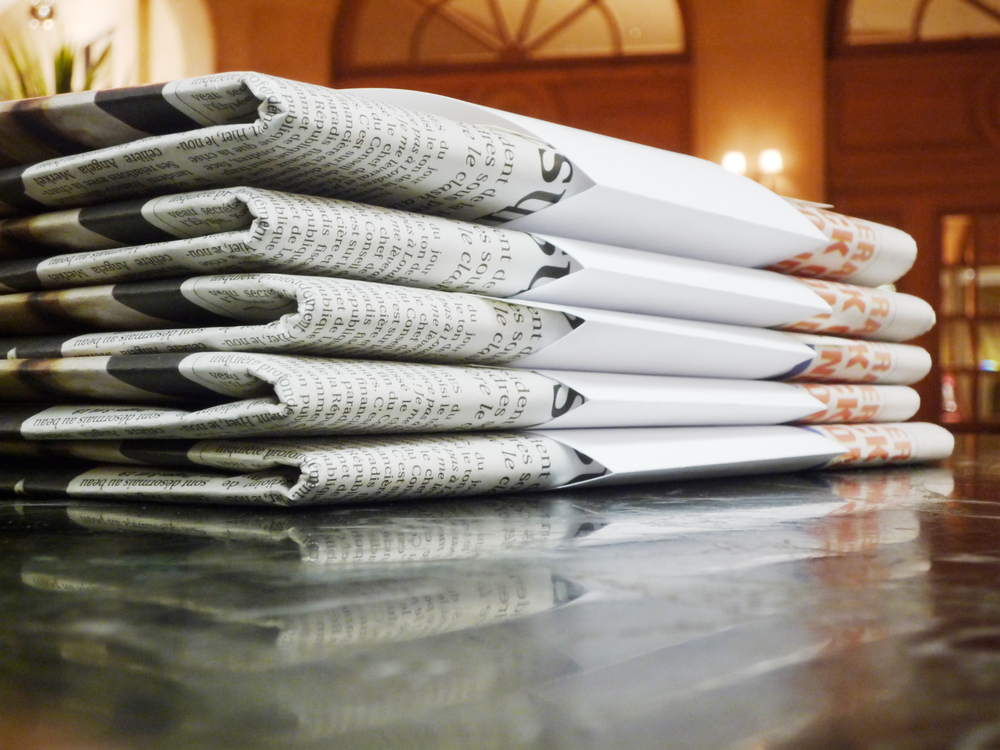 The Hong Kong-based hotel group will now be offering guests access to 2,500 local, regional and international newspapers and magazines, which can be accessed via their smartphone, tablet or e-reader.

That means that guests can read their hometown paper in their native language from their hotel room half-way around the world. The service will be made accessible through the hotel wifi and available as an app for mobile devices. Print newspapers will be offered upon request.

The move is billed as an eco-friendly strategy and has the potential to be copied within the hotel industry at a time when hoteliers are increasingly rethinking standard amenities that have become obsolete with time.

Old standbys like the hotel minibar and room service are being scrapped with steady decline in demand. For example, the New York Hilton Midtown — the biggest hotel in New York City with 2,000 rooms — has eliminated room service and replaced it with a self-service, cafeteria-style restaurant, citing a decrease in requests.

Automated check-in, self-serve and virtual services are increasingly being offered to respond to the rise of the “invisible traveler,” independent guests who prefer human-free travel experiences. Major chains like the Marriott, Hilton and Hyatt are also gradually pulling the plug on room fridges.

Meanwhile, a TripAdvisor survey found that 39% of US travelers used room service in the last year, and only 13% said they made a minibar purchase.