How Fred Pinel of Pinel et Pinel, Transformed The ‘Trunk’ Into an Item of Contemporary Furnishing

“Fred’s vision of the trunk remains in line with that of contemporary furniture – a flawless fusion of aesthetics into everyday living.” 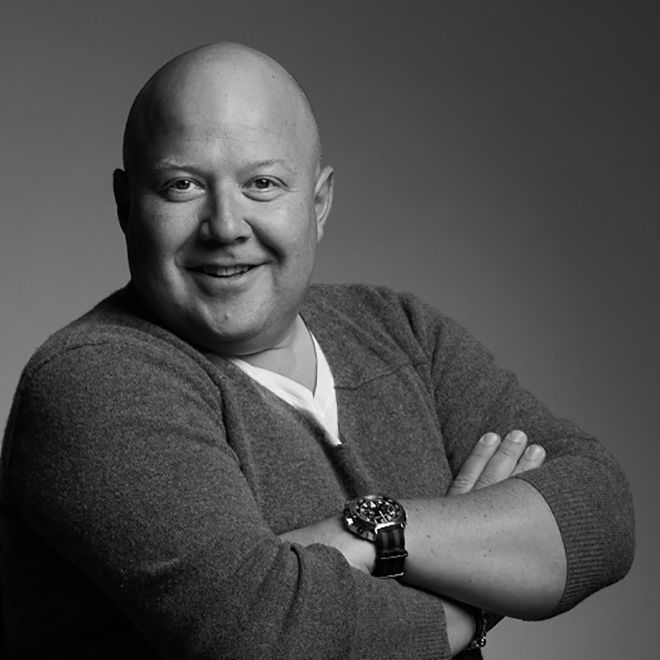 When Fred Pinel informed us of his inclination towards luxury cars and watches, we instinctively knew why he was so passionate about making bespoke artisanal trunks. From the dynamism of engine roars on the circuits to the hypnotic gear clicks in a timepiece, there really is much between them for the modern-day malletier to appreciate all that are exquisite as they are practical. Established in 2004, Pinel et Pinel has since been the only brand in the past 150 years that stepped up to the plate and proved the relevance of trunk manufacturing in present times.

How Fred Pinel of Pinel et Pinel, Transformed The ‘Trunk’ Into an Item of Contemporary Furnishing 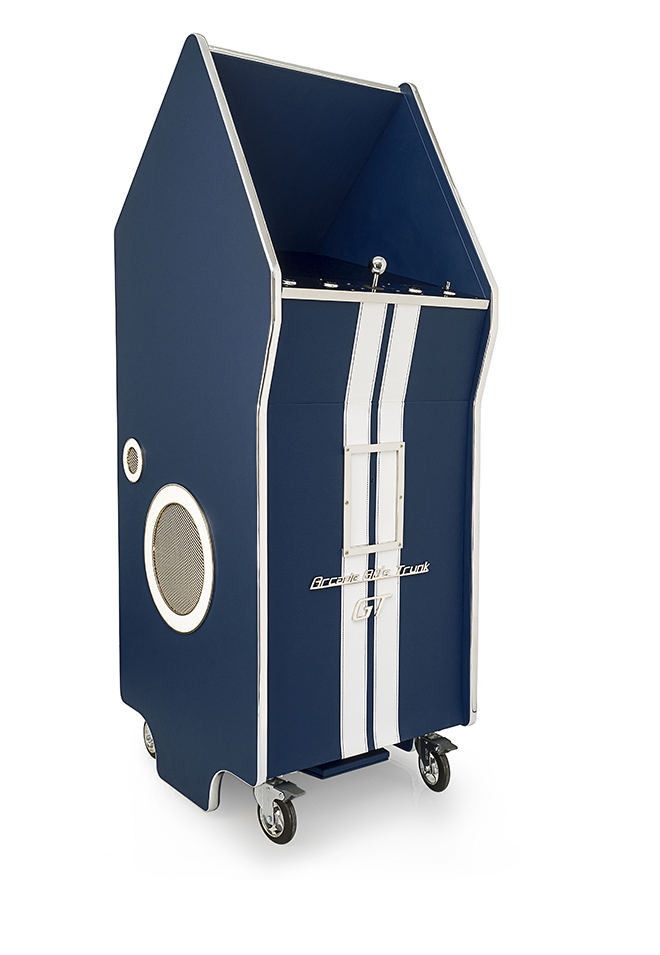 A quick scan on the history of trunks reveals their heyday to be during the Victorian era from 1870 to 1920. Originally used as luggage, these travelling chests were brought along for extended trips by stagecoach, train, or steamship. Aesthetics of the Victorian era were noted for orderliness and ornamentation, and the angular build of these steamer trunks befits these elements through the sophistication in their displays and ease of storage, while the dome-topped humpback counterparts were religiously used to prevent a build-up of water on their lids. Today, however, given the weight limitations on airplanes and the new, lightweight wheeled luggage available, the number of malletiers has dwindled to the known few who still practice the craft that is worth its weight in gold. 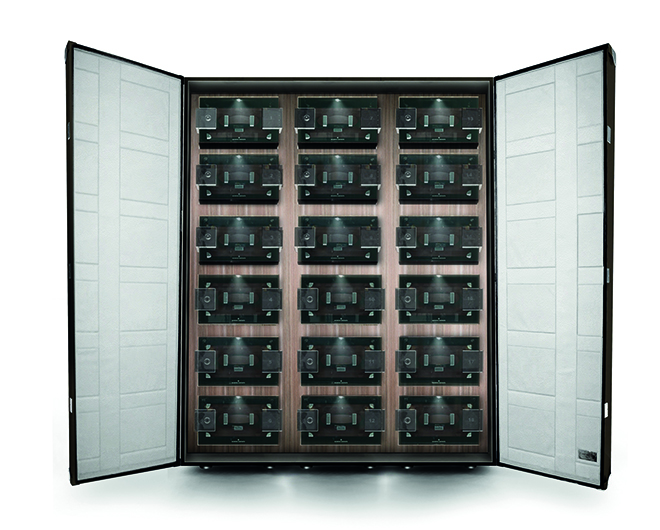 Formerly from advertising, Fred Pinel’s career switch stemmed from a chanced discovery of an old European leather suitcase in his grandparents’ basement. Intrigued, he took it apart and reassembled the suitcase whilst noting the intricacies of its structure, thereby prompting him to start a leather-making workshop of his own. Gradually, with no former training and only his experimental disposition to fall back on, Fred managed to forge a brand that centres itself around catering to the ever-increasing specifics of client demands. “I was never intent on building an empire,” professed the founder. He also guaranteed that Pinel et Pinel remains a small Parisian company with about 40 qualified personnel in 16 specialised positions to retain the flexibility in addressing the needs of its patrons. “They can ask us for whatever they want, and we will make it!” 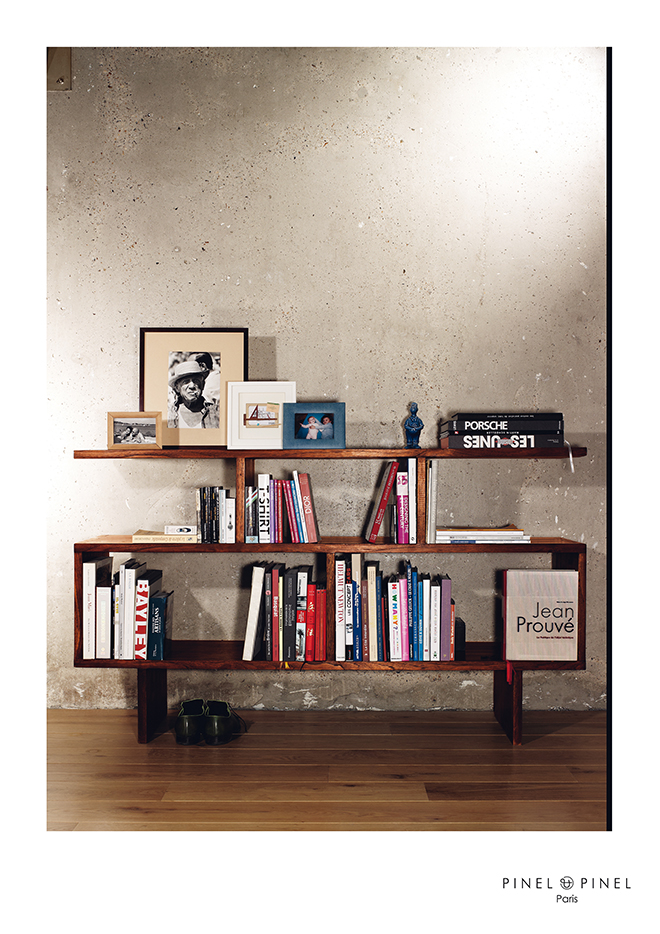 Ultimately, Fred’s vision of the trunk remains in line with that of contemporary furniture – a flawless fusion of aesthetics into everyday living. Yet, in contrast to its predecessors, the company’s creations are far more extensive in terms of usability and construction. Be it a humble cigar case or a futuristic DJ trunk that houses the whole shebang complete with turntables and a laptop stand, Fred constantly pushes the envelope in assembling trunks that suit every occasion, no matter how whimsical it may seem. (Yes, Arcade Trunk that houses arcade games from the 80s, we are looking at you.) Fred is most certain of the value in his craft, and he has his list of collaborators to be ensured of it. From Piaget to Vacheron Constantin, and now Berluti, Fred has a hand in all that is required of his fabrications to house the most exquisite products the watch world can bring to the table. For a watch lover like himself, that must have been quite the exhilaration on Fred’s end indeed! 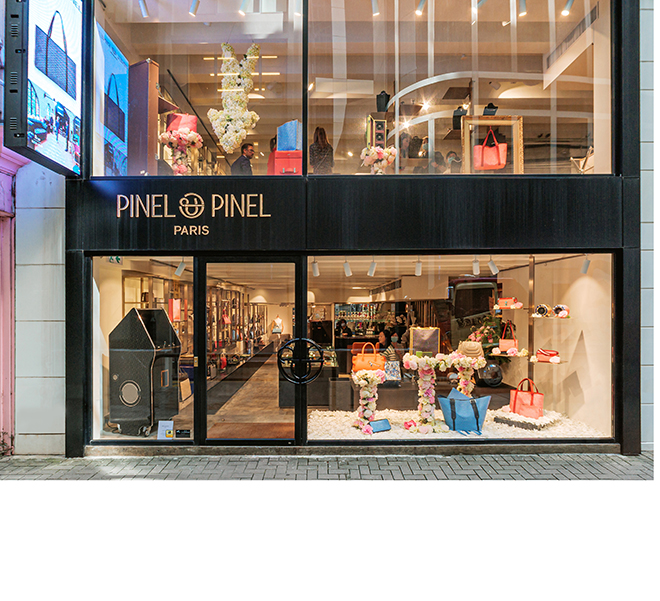 12 years ago, a sale of a picnic trunk to a Chinese client provided Fred with the realisation that Asians have a palate for the elegance of a vintage product made new. He also recounted having a number of Chinese patrons approaching him at his Paris store for rather unique requests. As the East grew bolder in their acquisition of eccentricities, it became apparent to Fred that the market was ready to receive his customisable trunks. In 2019, Hong Kong became home to the region’s inaugural flagship store and his latest pin-drop on map after France, America, and Japan, allowing Fred to further set his sights on artist collaborations and temporary exhibitions within the store itself. 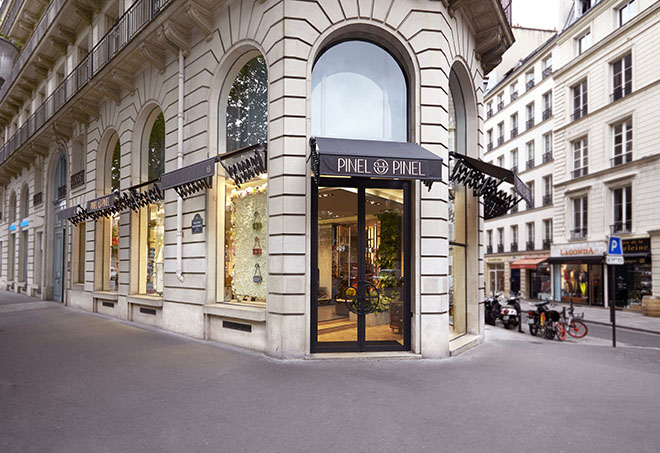 The state of the products bearing the Pinel et Pinel logo is in constant flux; this is to say that, in accordance to the market and locations the flagship boutiques in Paris and Hong Kong serve, new ideas are constantly materialising into newer gadgets that quickly gain appeal amongst the masses. Fred has now ventured into smaller goods like handbags, clutches, and other leather-clad paraphernalia, and we are confident that many more variations of these will be surfaced by the genius of a man with an insatiable thirst for quirkiness.

Immerse yourselves in Fred Pinel’s emporium of boxed curiosities here at https://shop.pineletpinel.com/.

This article was written by Ryan Mario.

All images are courtesy of Pinel & Pinel .