The IWC Pilot’s Watch Chronograph and the Pilot’s Watch Mark XVIII joins in new Saint Exupéry livery. Also, something for the ladies in 36mm.

IWC’s Pilot’s watch family stands a little richer with new Pilot’s Watches in signature Saint Exupéry aesthetic. Although some cynics may greet this news with an attitude best described as “ho hum”, the truth is there is more to the IWC Saint Exupéry style watches than the provenance of Antoine de Saint Exupéry himself. Sure, the man was bonafide war hero, military reconnaissance pilot and writer-poet but when IWC Schaffhausen began working with Antoine de Saint-Exupéry’s descendants in 2005 through their commitment to the Fondation Antoine de Saint-Exupéry, it was a relationship beyond just the history of the famed name, at least that’s not how Guy Bove, then Head of Design for IWC saw it. For Bove, each of the elements eventually incorporated into the IIWC Saint Exupéry design was the result of pure consideration.

In a conversation with Guy Bove, notable IWC collector Michael Friedberg discerned that right down to the shade of brown, it was an intentional choice as a connotative medium used to evoke the idea of a flight overalls like the kind that Saint Exupéry would have worn himself; Sadly, the specially designed “typewriter” fonts do not return on this model. Today, the IWC Pilot’s Watch Chronograph and the Pilot’s Watch Mark XVIII joins in new Saint Exupéry livery.

The new 43mm IWC Pilot’s Watch Chronograph Edition “Antoine de Saint Exupéry” (Ref. IW377713) with date and day display is a precise chronograph capable of displaying single and aggregate stop times of up to 12 hours. The numerals and hands on the clearly structured dial feature luminous coatings to ensure good legibility, even at night-time. Fully wound, the automatic chronograph runs for 44 hours. Though the movement itself is not view-able through sapphire, you get a solid medallion with special engraved P-38 Lightning piston-engined fighter aircraft, a legendary World War II-era plane, a model in which Saint-Exupéry disappeared without trace during his last reconnaisance mission on 31 July 1944.

Also joining the family is the Pilot’s Watch Mark XVIII Edition “Antoine de Saint Exupéry” (Ref. IW327003), the most significant feature of the Pilot’s Watch Mark XVIII is its relative affordability, making it an entry level timepiece into the IWC family. Although it takes visual cues from the 1940s Pilot’s watch, it’s not considered a re-issue since there are distinct differences and changes to design elements, most visibly the date window and the crown.

Both watches feature the characteristic tobacco brown dial and are fitted with a brown calfskin strap by Santoni with decorative white stitching.

Specially developed for women, is the IWC Pilot’s Watch Automatic 36, so named for the watch case measuring 36mm, the smallest timepiece in the IWC’s repertoire. The model also sports the same delectable brown dial and brown Santoni alligator leather strap.

All three watches feature IWC’s tried-and-tested technology for pilot’s watches: the soft-iron inner case effectively protects the movement against the influence of magnetic fields, and the sapphire glass is specially designed to be protected against sudden drops in pressure in the cockpit. The new models are available now in IWC Singapore boutiques and from authorised IWC Singapore retailers. 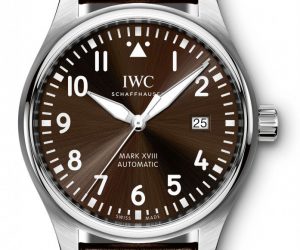 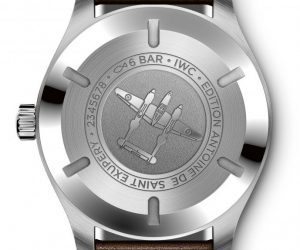 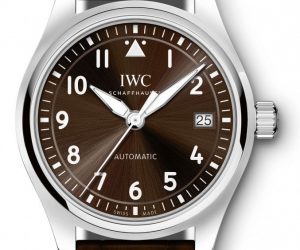