Couture hotshot Raf Simons will not be replaced at Christian Dior soon. The French fashion house revealed its in-house team is taking charge for now. 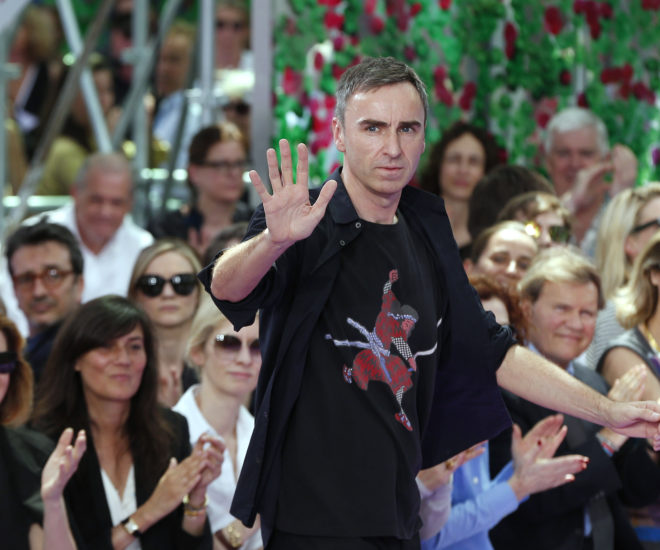 Couture hotshot Raf Simons will not be replaced at Christian Dior soon. The French fashion label has revealed that its in-house team will be creating the next two collections, without the benefit of a new creative director.

The news, reported by L’Officiel Singapore and broken by WWD, suggests fashion-lovers may need to wait longer than expected to find out who will be taking over as the brand’s next couturier.

The in-house studio will undertake the spring 2016 couture collection, coming to the runway in January, as well as the fall 2016 ready-to-wear line, a Dior spokersperson confirmed to WWD.

Raf Simons announced in late October that he would be leaving Christian Dior after more than three years as creative director, citing a “desire to concentrate on other centers of interest in my life, notably my own label, as well as the passions that motivate me beyond my professional activities.”