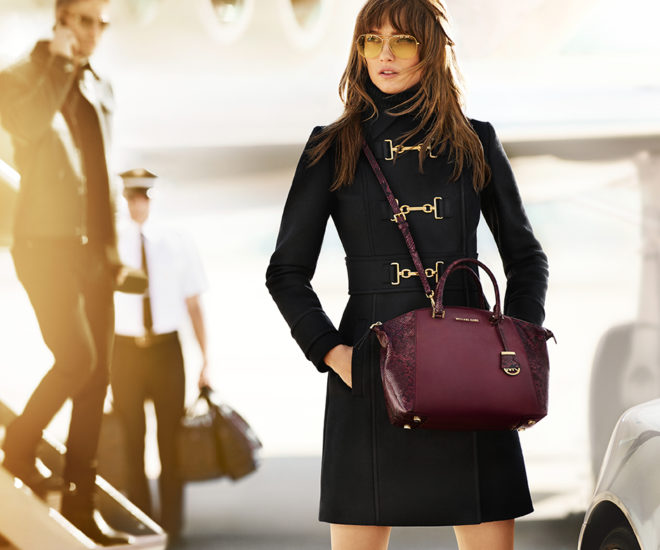 For these two new campaigns, Michael Kors has enlisted famous fashion photographer Mario Testino, and the in-demand shutterbug has opted to create a different world for each of the two lines.

The overall theme however remains opulence and everyday luxury, though restrained, as well as the attraction of opposites: masculine and feminine, glamour and simplicity. In fact, it’s the latter that gave the designer the idea of choosing two female models with vastly different styles. Kors outlined that he was also inspired by the idea that luxurious styles shouldn’t only come out at nighttime but have a place in the everyday.

Natasha Poly is at the center of the Michael Kors campaign, shot by Mario Testino in the back seat of a Rolls Royce. Luxury and sophistication are at the forefront, as are the artisanal details of each piece on display. For the MICHAEL Michael Kors campaign, the brand called on Karmen Pedaru and Benjamin Eidem, who together present a glamorous and sporty jetset couple. The prints will appear in the biggest fashion stores of 39 countries in North America, Europe and Asia, starting in July.