Chanel has once again called on photographer Jean-Paul Goude to immortalize the latest addition to its Chance line of fragrances. 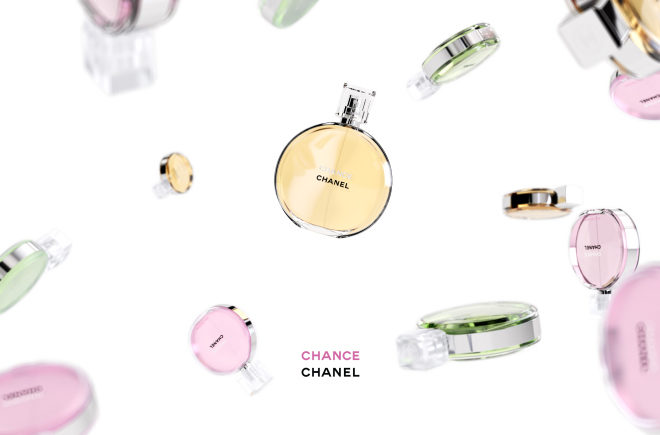 Chanel has once again called on photographer Jean-Paul Goude to immortalize the latest addition to its Chance line of fragrances.

The first teaser, released on Monday, June 8, will be followed by the worldwide release on June 10 of the campaign in full.

This isn’t the first time the French brand has collaborated with the celebrated illustrator, photographer and advertising film director, especially in the realm of perfumes. Jean-Paul Goude has already masterminded numerous campaigns for Chanel, including some for Egoïste, Coco Chanel and some fragrances from the Chance line.

A bold woman looking for a challenge

For this latest advertising campaign, Goude has opted to highlight a daring young woman, ready to face any challenge. The first and foremost challenge: breaking into the team of Chance girls.

The action unfolds in an imaginary bowling alley. Instead of your usual bowling ball however, the young heroine grabs a bottle of Chance Eau Vive and, under the watchful gazes of the three other women, sends it down the aisle for a strike. Having faced her challenge and overcome it, the star of the campaign is accepted by her peers.

Chance Eau Vive is the first fragrance concocted by Olivier Polge. The scent opens on notes of grapefruit with a hint of blood orange. This gives way to a bouquet of jasmine, white musk, vetiver and cedar.

It is already available in advance at the Chanel Beauté store located at 382 rue Saint-Honoré in Paris.