F1 Canadian Grand Prix 2017: Lewis equals Senna with a Hamilton-esque performance in a weekend of celebrations

Lewis Hamilton equals his idol Ayrton Senna’s sixty-five pole positions with a stellar drive from start to finish, Sir Patrick Dempsey drank out of Daniel Riccardo’s shoe and Montreal as a whole celebrated their 50th year of hosting the Grand Prix 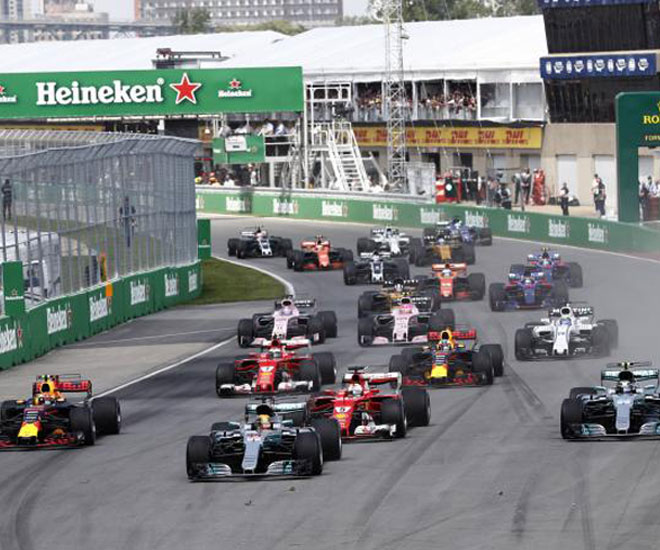 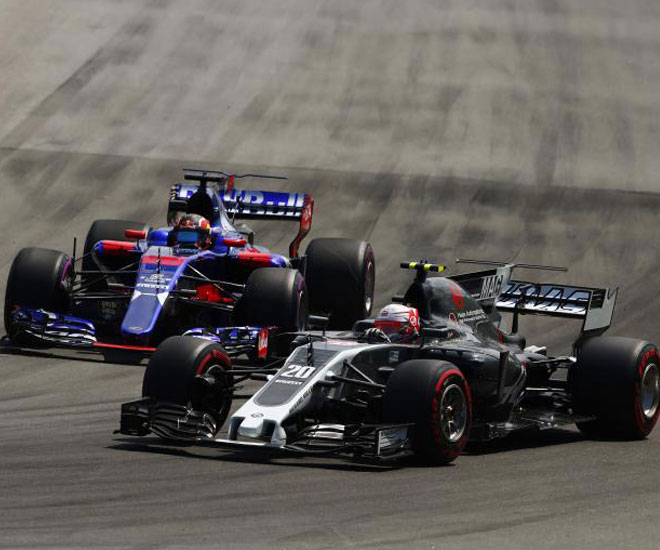 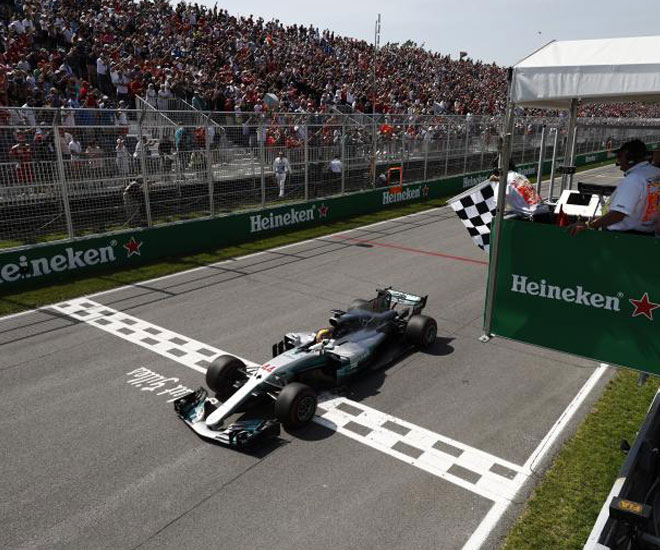 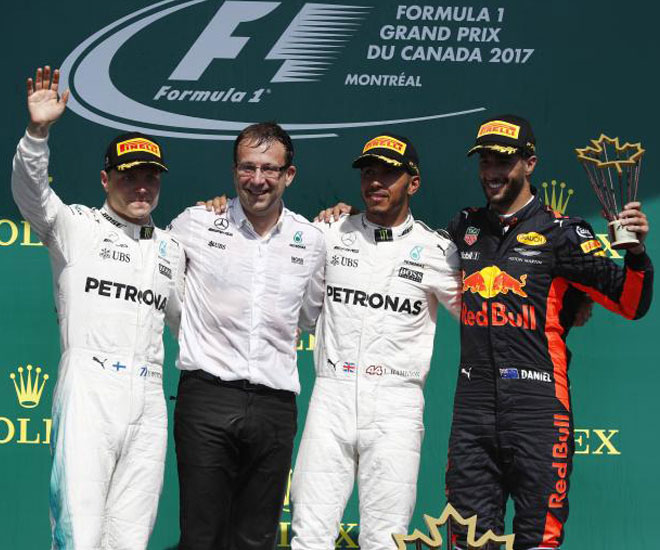 It was a weekend to cherish for Formula 1’s poster boy Lewis Hamilton. He joins legendary racing driver and his idol since the beginning, Ayrton Senna. Hamilton was presented with a helmet from the Senna family as he landed his sixty-fifth career pole equaling that of Senna. In a truly inspiring thank you message he promised to have it on his coffee table at the entrance of his Monaco home.

The Silver Arrows bounced right back from a rather unusual showing in Monaco with Hamilton leading the race from start to finish and Bottas finishing in second place. Daniel Ricciardo, who had a ‘shoey’ with Sir Patrick Dempsey finished third on the podium for the third consecutive time. Riccardo who lead the ‘shoey’ challenge drank from his right boot first and then invited Dempsey who willingly obliged much to the delight of the fans. As far as starts go, Max Verstappen’s performance was a heroic bid to get from fifth on the grid to almost second on the track. Starting behind both the Prancing Horses and the Silver Arrows, he flew off the line in brilliant style but had to retire due to reliability issues in a race that frankly could have seen him on the podium.

Montreal came together as a city to celebrate their 50th year of hosting the Grand Prix with a weekend of stellar parties beginning with, rather befittingly enough, La Grand Prix Soirée on Friday at the Ritz-Carlton. The exclusive black tie event in collaboration with Aston Martin and Red Bull featured DJ YO-C, an open Möet Bar and great food exclusively by the Ritz-Carlton Montreal. Meanwhile, on the other side of town, the Martini Party that featured the Williams racing team of home favourite Lance Stroll and Felipe Massa was perched on a beautiful terrace overlooking old Montreal on a cool Saturday evening and was definitely one of the best places to catch the sunset.

Speaking of Stroll, the Canadian took every chance to savour his maiden points scoring race on the weekend, celebrating almost as if he had won the race. He kept into the crowd and was carried through the jubilant procession as they celebrated his ninth-placed finish, his best ever to date. Sunday’s most decadent affair, however, had to be L’Auberge Saint-Gabriel who pulled out all the stops with a party hosted by the infamous ABGE. The event kicked off with a selection of specially crafted Grand Prix cocktails alongside a curated blend of beats against the backdrop of what was surely the biggest parties over the weekend.