The glitziest Grand Prix celebrated its 75th year in the most glamorous fashion with decadent parties, celebrities and wheel-to-wheel racing The principality in the South of France yet again provided a stunning backdrop for what is to many the most glamorous race on the F1 calendar. Seventy-five years on the race that has been described as ‘special’ by everyone from Hollywood A-listers to racing legends continued to charm fans and audiences in a way only Monaco can. To kick off the week of parties and celebrations – literally – the AS Monaco stadium hosted the World Stars friendly Football match. The match featured an eclectic mix of past and present F1 drivers including Felipe Massa, Mika Häkkinen, Carlos Sainz and Daniel Ricciardo as the ‘Piloti’ team who pit their skills against the AS Star Team captained by H.S.H. Prince Albert II. It was action packed with loads of thrills on the field that saw the AS Star Team emerge as winners. Felipe Massa, who captained the Piloti team, was very happy to be able to contribute to the game and for a good cause. His son Feliphino was also seen playing on the sidelines and posing for pictures with his proud father. Mika Häkkinen was so involved in the game that he split his pair of football boots only to rush to the locker room, grab a new pair and get back out on the field again. 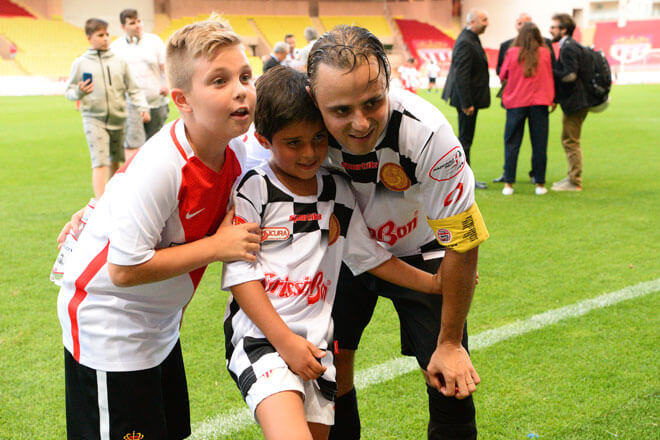 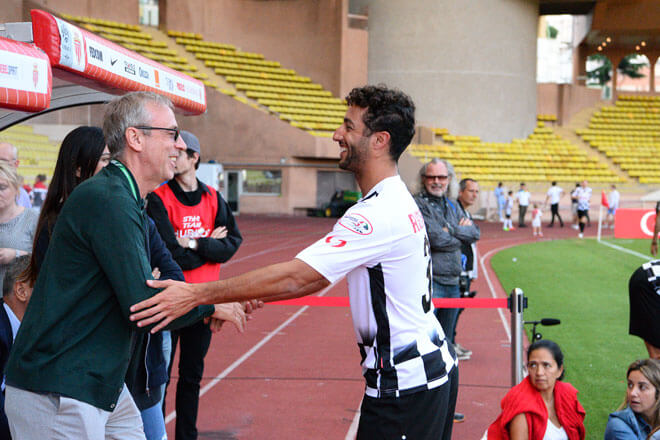 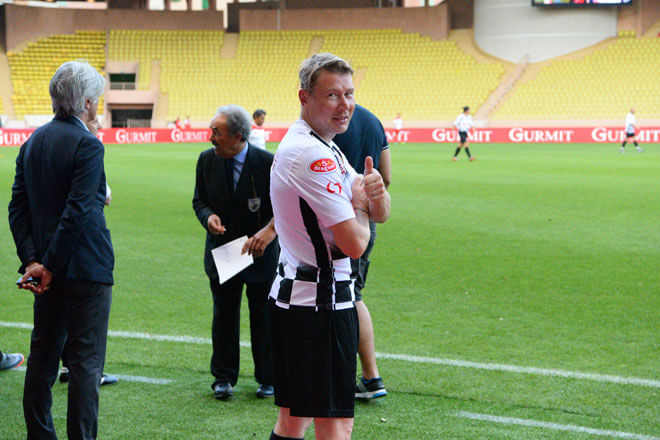 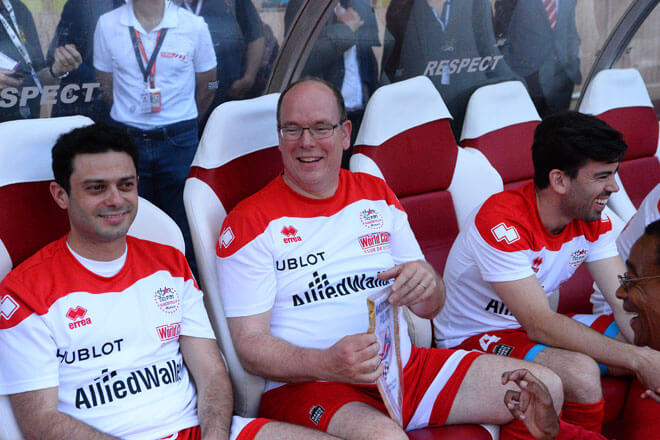 As the glistening super yachts began to fill the ports and the supercars revved up the Riviera, the Fairmont hotel’s latest conception, Nikki Beach, a rooftop bar, was the perfect place to sit back, cocktail in hand and catch the gorgeous Monaco sunset. Red Bull, famed for its energy station, a giant floating party palace set right in Port Hercule played host to some of the biggest A-list celebrities including José Mourinho, George Lucas and Geri Halliwell. The Energy Station, famed for hosting some of the best and wildest parties of the weekend, lived up to its reputation with a media event on Thursday night that featured guest DJ appearances against the backdrop of the Red Bull swimming pool. Friday rolled around and the weekend came into full swing. Back at the Red Bull party, dozens of ardent fans greeted Sir Jackie Stewart who dropped by for interviews and to check out the action on the upper deck. 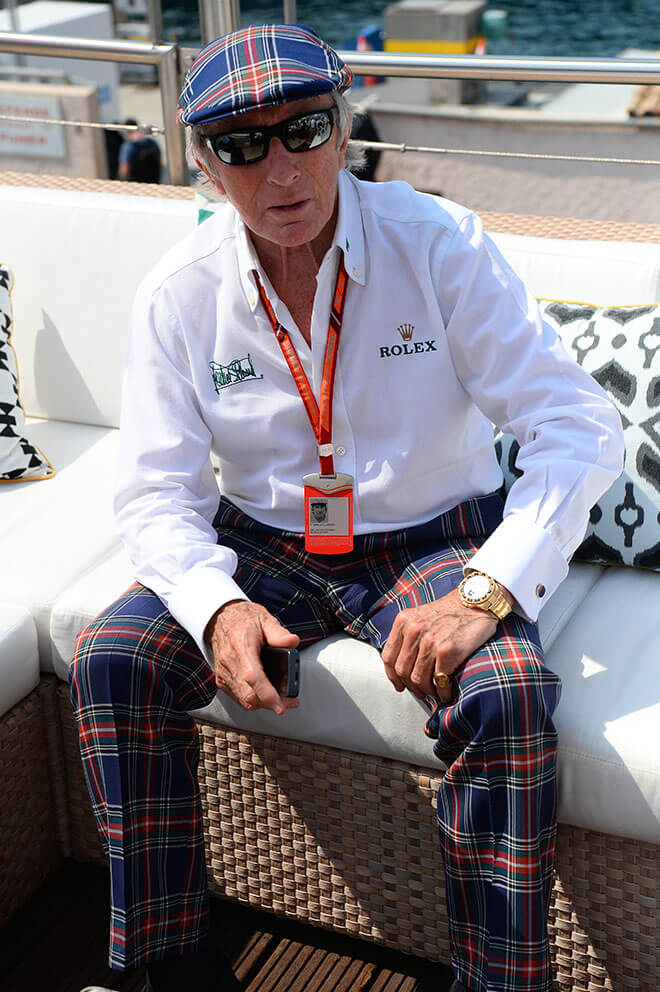 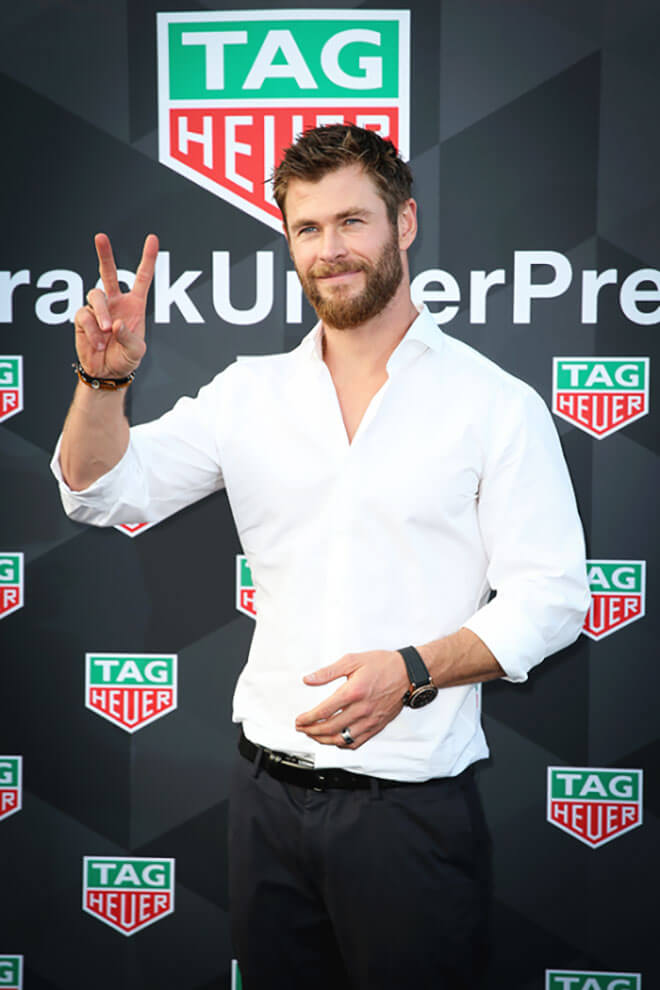 The Monaco Grand Prix weekend also kicks off Amber Lounge the ritziest party of them all. Sonia Irvine, the queen of the glitziest string of parties on the F1 calendar put on a truly show-stopping Amber Fashion show. This year’s fashion show provided a generous platform to raise awareness and funds in aid of Race Against Dementia, Sir Jackie Stewart’s foundation racing against the clock to find and develop a cure for dementia. The evening raised over for the charity, featured celebrities including Pamela Anderson, Kate Upton and Liam Cunningham with performances by Chris Willis. The current crop of F1 drivers made their mark on the runway too with Marcus Ericsson, Esteban Ocon and Pascal Wehrlein looking sharp strutting down the runway. The night ended with a decadent dinner, amongst star-studded company and great wine. 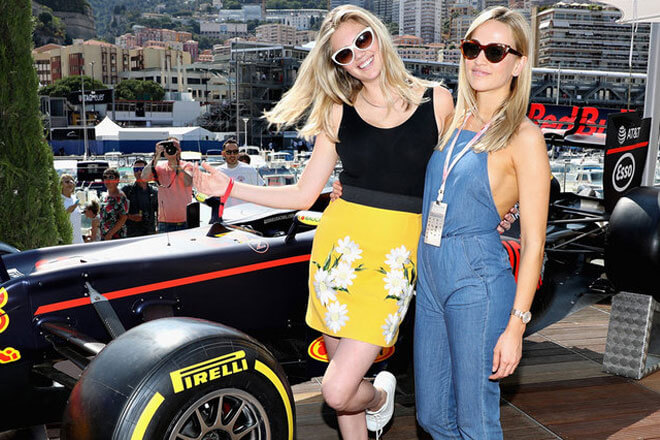 Saturday’s qualifying saw Kimi Räikkönen take pole position ahead of his fellow Ferrari teammate Sebastian Vettel and for once in a very long while, the Finn nicknamed ‘The Ice Man’ let out a brief smile during the post-qualifying press conference. Amongst the glistening super yachts in the harbour, few came close to Tag Heuer‘s massive four-deck yacht that featured a DJ, a scrumptious Japanese spread and of course, champagne. The evening soiree was attended by Hollywood’s elite including Chris Hemsworth, Matt Damon and Liam Cunningham. The Game of Thrones actor made it a point to pose for pictures and sign autographs while sipping champagne. Luxury nightclub Twiga, owned by former Renault team boss Flavio Briatore saw a stellar line-up of acts from Bob Sinclair to the F1 OAK (One of A Kind) party featuring DJ Magnum and equally magnum bottles of Dom Perignon champagne. 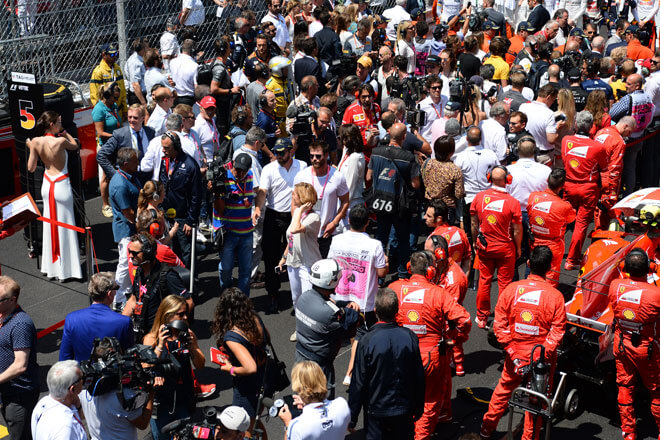 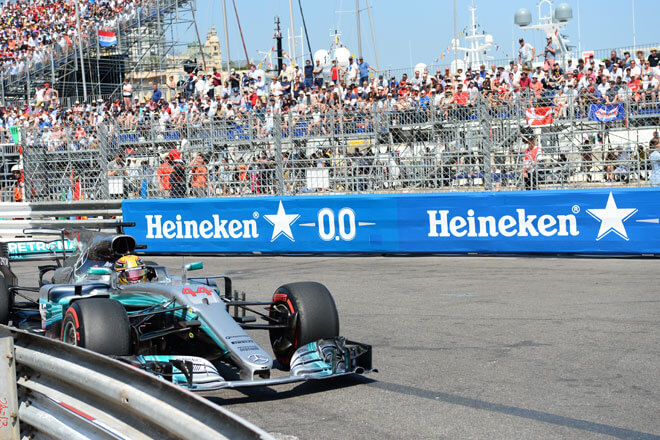 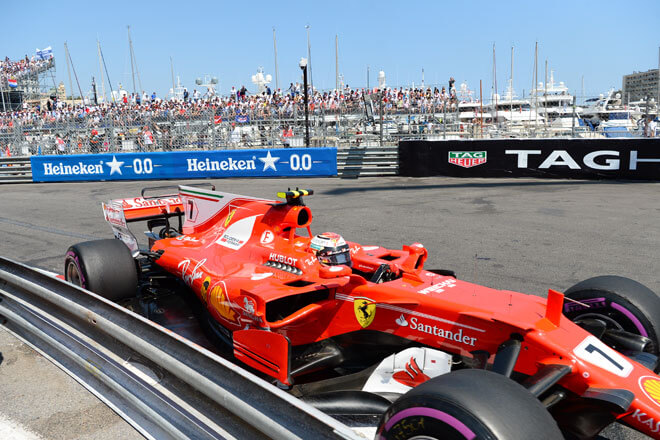 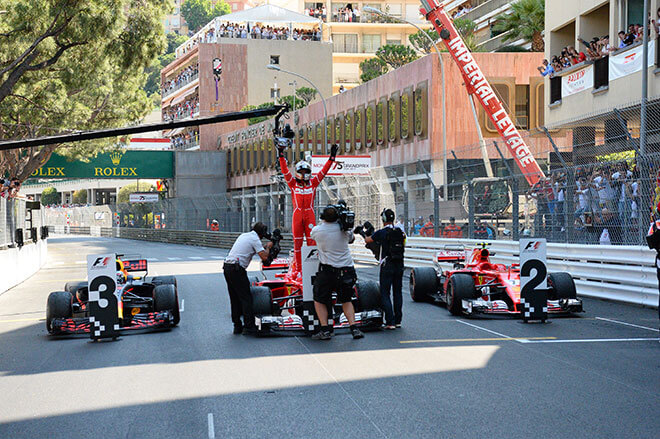 Sunday’s sunrise brought with it new hopes for Ferrari who had not won in Monaco. The Prancing Horses had pocket aces as Räikkönen and Sebastian Vettel were one and two on the grid respectively. In what is probably the most star-studded pre-race grid at any F1 race, everyone converged on the track to soak in the atmosphere. Adrianna Lima, the gorgeous Victoria Secret angel was seen posing with Carmen Jorda. As the five red lights went out on yet another edition of the Monaco Grand Prix was underway. Lewis Hamilton started in fourteenth place but put a stellar performance to finish seventh, his lowest classification since the Shanghai race last year. McLaren‘s Jenson Button who stood in for Fernando Alonso made headlines on the track as he dived in for an overtake and clipped Pascal Wehrlein’s car causing the German’s car to turn on its side. The German was pronounced fit after a medical check. Daniel Ricciardo finished third for the second time in two races owning to Valtteri Bottas starting -and finishing the race in fourth place. In the end thanks to a well-timed pit stop Vettel managed to come out ahead of his teammate and take the chequered flag. To close off a brilliant race weekend the drivers, celebrities and racing aficionados spent the evening at Amber Lounge.