Innovation and excellence are shared values between the watchmaker and the F1 team. 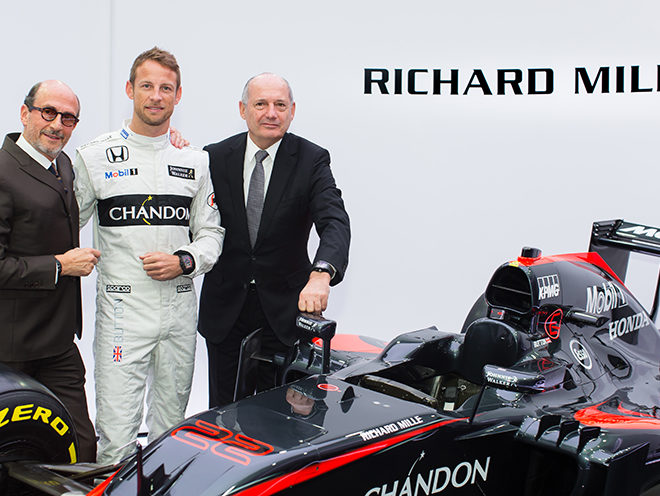 With the New Year, come new beginnings. We tweeted this Richard Mille/McLaren-Honda tie-up when we first heard and here is our take on it. Basically, Richard Mille has announced a long-term partnership with the McLaren-Honda Formula 1 team. A new partnership is not the only milestone that the motor racing team is celebrating in 2016. This year also marks half a century since McLaren’s founder, Bruce McLaren, first raced a car bearing his name.

The winner of 20 world championships and 182 Grand Prixs shares a passion with the Swiss watchmaker for continuous improvement in technology, design and engineering. The relatively young brand to the world of watchmaking has established itself since 2001 as one that tests the limitations of haute horlogerie.

The McLaren-Honda team’s world champion drivers Fernando Alonso and Jenson Button will soon wear the elaborate and intricate timepieces. According to Richard Mille, the Chairman and CEO of Richard Mille, McLaren’s ““reputation for continual technical innovation, painstaking attention to detail and race-winning success” makes the partnership a perfect match.

Other notable links that the Maison shares with motorsports is the ambassadorship by Formula One driver Felipe Massa since 2004 and the newest signing of Sébastien Ogier. If the latest signings are anything to go by, this certainly will not be Richard Mille’s final foray into the world of sports. Richard Mille, the man, also has his own links with motorsports…