The Volvo XC90 Lounge Console Interior Concept has just been unveiled at the Shanghai Motor Show 2015. 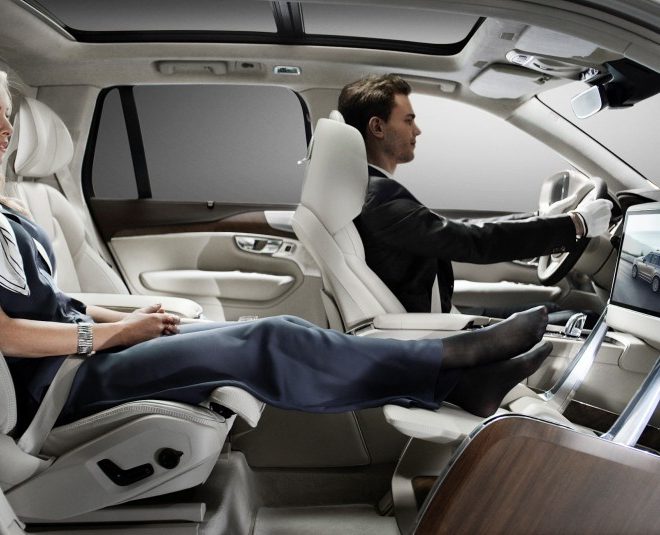 In Shanghai, VOLVO unveiled a concept based on its XC90 and featuring an impressive luxury edition cabin. Dubbed the Lounge Console, the interior is geared entirely to the comfort of the primary passenger. As part of a complete reconfiguration of the interior, this new version of the XC90 removes the front passenger seat to offer the rear passenger loads of legroom, not to mention a quilted footrest that doubles as a storage compartment for the passenger’s shoes. There are also several special amenities for the VIP passenger, including a folding table that opens to reveal a large mirror and a storage tray. Turning over the table reveals a built-in 17-inch screen that takes care of the in-car entertainment. There is even a secure safe where passengers can store jewelry, watches or other valuables. In the back, the cabin features reclining individual seats with ventilation and a massage function. The manufacturer has also added a miniature refrigerator with a bottle holder and glass holders. The concept is a variation on the XC90 Excellence, the most luxurious model ever produced by Volvo. Targeted primarily at wealthy clients driven by chauffeurs, the model is due to launch worldwide after this week’s auto show in Shanghai.