A “perfect” 100-carat diamond in a classic emerald cut sold for just over $22 million at auction on Tuesday. 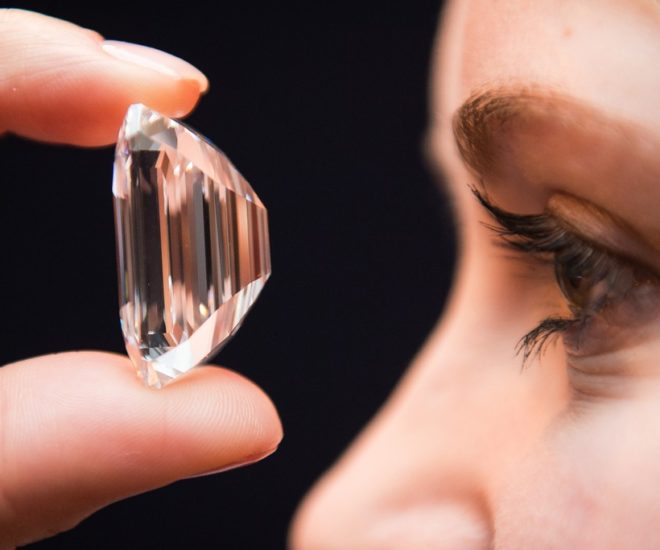 A “perfect” 100-carat diamond originally mined in South Africa sold for $22 million in New York on Tuesday in 3 minutes of bidding.

Sotheby’s had valued the jewel, which weighs 100.20 carats, at $19-25 million, calling it “the largest perfect diamond with a classic Emerald cut ever to be offered at auction.”

Discovered in the De Beers mines of South Africa then cut, polished and perfected for more than a year, it was the highlight in 370 lots at a Sotheby’s jewelry auction. The auction house had showcased the jewel twice in the Middle East — in Doha and Dubai — as well as Los Angeles, Hong Kong, London and New York in a bid to attract interest ahead of the sale.

Sotheby’s says only five comparable quality diamonds weighing more than 100 carats have been sold at auction, the most expensive of which fetched $30.6 million at Sotheby’s in Hong Kong in 2013. “The color is whiter than white, it is free of any internal imperfections, and so transparent that I can only compare it to a pool of icy water.”