There are still plenty of special celebratory Defenders on the market for enthusiasts and collectors alike. 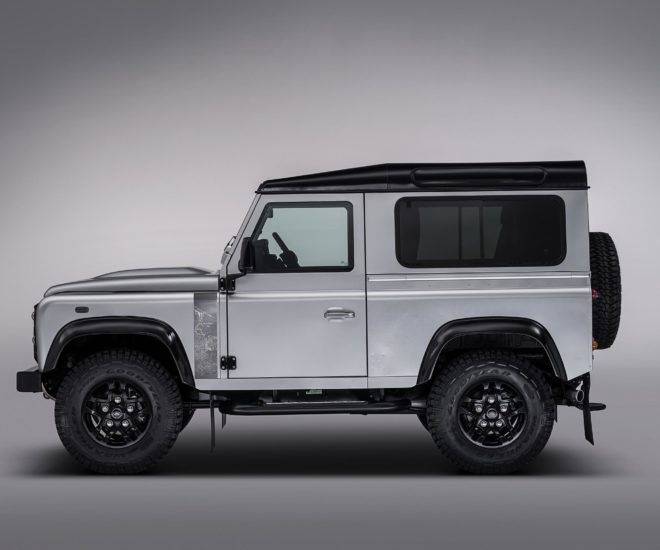 The auction of the Land Rover Edition 2 Million Defender reminded the world that the Defender might be bowing out but it still has plenty of fans. Of course only one person gets to own that unique Defender but if you were one of those who failed in your attempt to buy it, never fear. There are still plenty of equally special celebratory Defenders on the market for enthusiasts and collectors alike, or so the AFP tells us.

As previously reported, at £400,000 (US$598,440), the Defender 2 Million is the most expensive production Land Rover ever to go under the hammer. And while it may be a complete one-off, there are still a number of equally special, equally commemorative and extremely limited editions still out there, if you want to pick up an exclusive, iconic piece of automotive history.

Also based on the Defender 90 edition, British customization firm Overfinch’s homage to the Defender adds a unique grille and hood combination and 18-inch Apollo alloy wheels. Elements like the door handles and fuel cap have been machined from aluminum billet and the interior is finished in Bridge of Wier leather. Capped at 40 examples, the Anniversary edition costs £70,000 (US$104,000).

Although part of German tuning house, Brabus, this special Startech model – limited to 68 examples based on the larger seven-seat 110 edition – comes with a standard 2.2-liter diesel engine and stock performance figures. However, the external details and level of interior quality are anything but. The racing seats are finished in quilted two-tone leather and there’s an Alpine multimedia system with reversing camera and 3D navigation as standard. Outside, there’s a vintage feel to the fixtures and fittings and an aluminum underbody guard. Prices start at €68,000 (US$74,000). One of the reasons the original Land Rover is going out of production is that it’s no longer going to meet emissions, safety and technology standards. However, this miniature, hand-built pedal-powered version will never fall foul of a smog test. Styled on the current generation model, complete with radiator grille bulge, the car has an aluminum shell, a legitimate suspension set up, working brakes, rubber tires, and can be pedaled forwards or backwards. It will be going on sale in January as the full-size Defender goes out of production and will cost £10,000 (US$15,000). To mark the return of a real auto show to the UK in 2016, the London Motor Show’s organizers announced on he day of the Defender 2 Million auction that they’ve commissioned Afzal Kahn, of Kahn Design, to build a one-off customized Defender that will be unveiled and then sold at the event’s press day on May 5. “I have designed a vehicle that celebrates the history and unique personality of the Defender,” said Kahn. “This is a fitting tribute to one of the world’s best loved vehicles and I would welcome feedback from Defender owners and enthusiasts alike.” As such, Kahn will be fielding suggestions from social media to help select additional features for the one-off.