Techno-Classica is the largest classic car show in the world – so large that we thought you might appreciate a simple curated list! 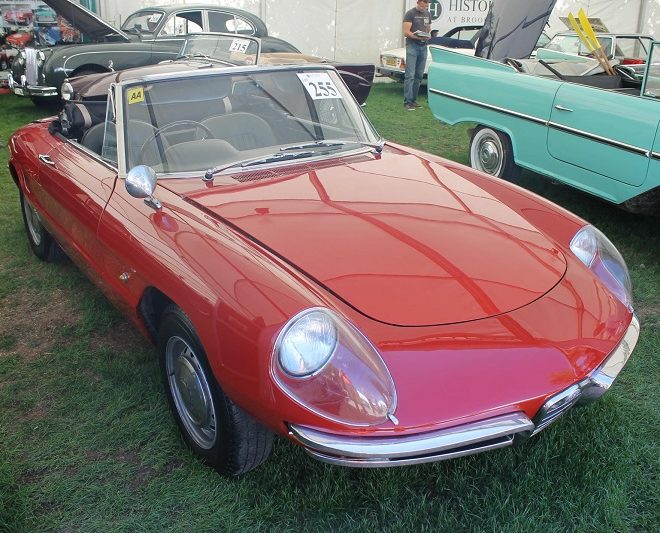 Techno-Classica makes its mark again this year as the largest classic car show in the world. Until April 10, 1,200 exhibitors will have 2,500 cars spread out across 20 halls at the Messe Essen in Essen, Germany. Of course, such a volume of exhibits going on makes it hard to know exactly what to focus on. These are some of the cars to look out for in the event: For BMW’s centenary, the company will be marking out milestone models throughout their history, including a 502 “Barockengell,” the 1600 that repositioned the company on the automotive map in the 1960s, and the very first M car, the original M1. Alfa Romeo, too, will be celebrating an anniversary, with its 50th happening this year. They’ll be honoring their Duetto – the two-seat drop top immortalized on screen in the movie The Graduate. Other milestones to be celebrated includes the 50th anniversary of Ford’s 1-2-3 Le Mans finish, and the 100th anniversary of Ferruccio Lamborghini. Techno Classica will mark the world debut for Land Rover Series I ‘Reborn.’

With all that running on, the Techno-Classica show is the perfect spot for classic car fans who prefer nostalgia to high-end gadgetry. They’ll have much to gaze and wonder at.