In the sun-drenched south of France, the world’s largest vineyard has launched a new, simplified brand called “Pays d’Oc”, creating the number one French wine export to compete against New World brands. Languedoc-Roussillon covers 35 percent (or 260,200 hectares) of all French vineyards, making it the biggest producer worldwide. As of the 2009 vintage, soon […] 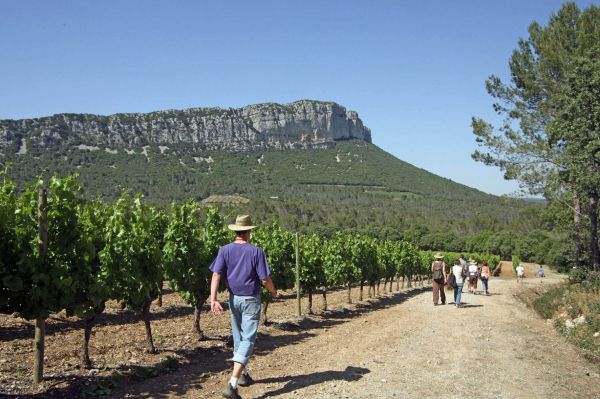 In the sun-drenched south of France, the world’s largest vineyard has launched a new, simplified brand called “Pays d’Oc”, creating the number one French wine export to compete against New World brands.

Languedoc-Roussillon covers 35 percent (or 260,200 hectares) of all French vineyards, making it the biggest producer worldwide.

As of the 2009 vintage, soon to hit store shelves, one-third of that production or 760 million bottles of wine will be sold by vintage and grape variety under the Pays d’Oc brand.

This will make them the world’s fifth largest exporter of varietal wine. And with 33 grape varieties in production in the region, the market potential is impressive.

The new label, made possible by European Union reforms that received a green light in August 2009, allow the region’s 2,700 vintners to label their wine for the first time with the grape variety, vintage and location, or Geographic Protected Indication (PGI).

This follows the marketing strategy of many of the world’s most successful wines.

“It will help us a lot with the American market.”

Foreign consumers are often confused by the multitude of French so-called AOC appellations that designate the geographical origins of agricultural products, and the complicated labels.

“The heart of the market is the grape variety,” said Barthes. “Here we are in the world’s largest vineyard. And now we have the possibility to produce varietal wines, with the quality assured by the INAO (the French organization that regulates AOCs), which is very important in terms of the international wine market.”

Producers will have the right to produce either AOC wines or IPG wines, depending on their target market.

“If we’re in France, we’ll sell under the appellation in Limoux,” said Guy Andrieu, owner of the Anne de Joyeuse vineyard. “For export, we will sell some AOC but the priority will be IGP Pays d’Oc.”

But the region is also hoping the new varietal labels will help attract a segment of the domestic market that in the past has favoured beer and hard alcohol.

Barthes said sales of varietal wines in France gain “in the order of 18 percent per year because of new, younger consumers.”

On both the export and domestic market, quality assurance has been another stumbling block.

Previously, the Pays d’Oc wines were grouped with lower quality table wine without any geographic indication. The IPG status puts them in the same group as high-quality appellation (AOC) wines.

“We have fought hard to improve the quality of our wines in order to succeed in having this opportunity,” said Barthes.

Another aspect of the Pays d’Oc brand image is linking their production to sustainable development, with a signed charter that prohibits the use of weed killers and protects water sources.

At Vinisud, their trade association InterOc announced six sustainability projects, including partnerships with Andrieu as well as French heavyweights Castel, JeanJean, and Robert Skalli and the eco-friendly cooperative Val d’Orbieu. Together they produce 757 million bottles and employ 3,083 people.

Skalli, one of the most influential pioneers behind the Pays d’Oc initiative, uses lighter, carbon footprint-friendly bottles for their Pays d’Oc varietal label, Fortant de France, and is developing PET bottles for another label.

The Pays d’Oc wine producers also have plans for Asia.

“We are working with the Languedoc appellation wines on training sommeliers in China,” said Barthes, emphasizing that “the potential in China is enormous.”