Robert Parker – one of the world’s most influential wine critics – is alarmed by the high price of Bordeaux wine, saying the region risks hurting itself by focusing so much on the East Asian market. “Bordeaux is the epicenter of the greatest wines,” he said. “I hate to see the image damaged by the […] 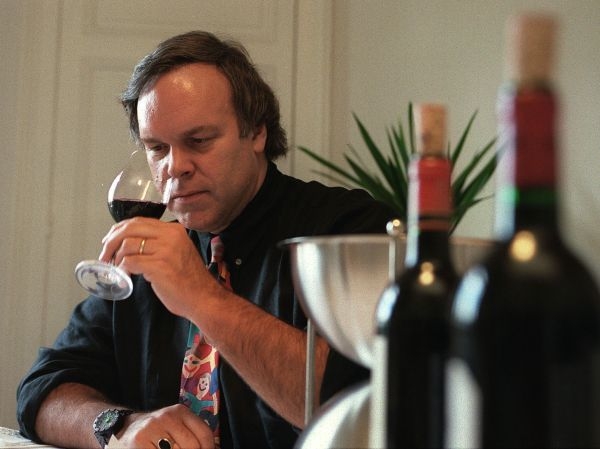 Robert Parker – one of the world’s most influential wine critics – is alarmed by the high price of Bordeaux wine, saying the region risks hurting itself by focusing so much on the East Asian market.

“Bordeaux is the epicenter of the greatest wines,” he said. “I hate to see the image damaged by the fact people tend to think it’s too expensive.”

“Bordeaux is focused too much on the wealthy Asian market,” Parker said. “Despite the fact that China has so many wealthy people, it’s a very dangerous game if they raise prices, because the world economy is very, very fragile.”

It would be a “smart move” for top chateaux to sell the 2010 vintage 10 to 20 percent lower than the 2009 vintage, which commanded record prices, he added.

“It would be a very positive sign to the marketplace and to wine consumers,” he said by phone. “If they come higher than 2009, we’re going to have a big, big crisis.”

Maryland-based Parker, 63, founder of the Wine Advocate magazine and website, has been credited — or lambasted, depending on one’s point of view — with boosting the prices of Bordeaux’s top brands.

“I’m aware by giving an evaluation I have an influence on the positioning pricing in the international market place, but there’s nothing I could do about it,” he said.

The closely followed wine critic is not the only force driving prices upward, other wine experts say.

“The chateaux care about Robert Parker scores, but they have an eye on the Far East,” said Gary Boom, managing director of Bordeaux Index, with offices in Hong Kong and London.

“I was in Bordeaux a couple weeks ago and I told the chateaux then that if the prices go up, the wines will sell, but ownership will get transferred to the Far East,” he said.

“They will go exclusively to the Far East. They don’t seem to care.”

Buyers in China and Hong Kong — now the biggest single market for Bordeaux wine — can be fickle, however.

“If it’s a ‘Far East’ brand like Beychevelle, I will sell everything, but if not, my sales are down,” Boom said, referring to Bordeaux labels that are especially well-known in Asia.

Last year, Boom sold 800 cases of wine from a Bordeaux chateau not famous in East Asia, only to sell 80 cases this year against the backdrop of higher prices.

“Parker is ubiquitous, he’s massive, but the consumers also follow their wallet,” he said.

At the more popular end of the market, 2009 Chateau Cantemerle was going for a relatively steep 24 euros per bottle, according to wine-searcher.com, a website that tracks wine prices around the world.

Many consumers are still suffering from price shock, aggravated in the United States — still the world’s number-one wine consumer — by the sagging value of the US dollar.

“Heck, people want to forget the huge increases in 2009,” said James Gunter at Glazers, a major US wine distributor.

Many of Glazers’ clients invested heavily in 2009 in upcoming vintages, he said. “They have money out for these wines, which will not start to arrive for another four to six months. Most are not in a position to invest more money.”

“If prices go up, the UK will not buy,” Boom said. “The negociants (wine merchants) will be forced to sit on the stock — and prices will come down. They will lose money. They can lose money on one vintage but not two.”