Louis XIII cognac has produced a movie you will never live to see: 100 Years – The Movie You Will Never See. 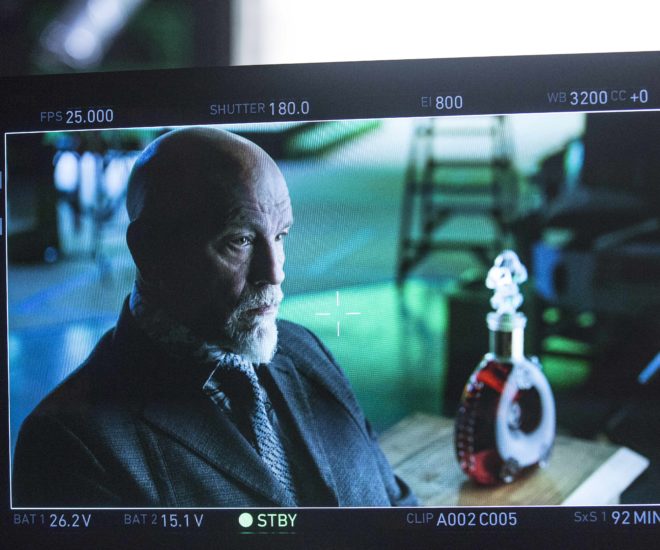 This is one for the ages, literally. Louis XIII has announced a movie you will never live to see: 100 Years – The Movie You Will Never See. Now, the auteurist fable about life in 2115 starring John Malkovich and directed by Robert Rodriguez has actually been completed, you just can’t see it. Malkovich himself placed the master film reel into a safe November 18 that cannot be opened till 2115, thanks to a countdown system that requires no external power system and has no key. This unusual arrangement means that audiences of 2115 will have a very strange experience indeed – contemporary life as imagined for them by their ancestors. For some context, just imagine Back to the Future II, except with just the 2015 parts, premiering October 15 this year, the date the film is set. If anything can be called mind-boggling this is surely it and we salute the folks at Louis XIII cognac for daring to even conceive of it, much less actually accomplish it. Actually, they will have only accomplished something when the film premieres and the reception at that time, well no one can say. What, you might ask in all fairness, is the point of this? In luxury, brands are frequently reaching into the distant past to create the present. In the case of makers of fine liquors and such, it is an endeavor that begins in the past and only ends in the future. This is because anything grown, harvested and processed today can only be enjoyed at some point in the future. Typically, the Louis XIII cellar master will know when that date will be but can’t know for certain what the final liquid will taste like, nor what contemporary tastes might run to. It is precisely this commitment to a future that can never be known, can never be rushed, that this exercise with 100 Years – The Movie You Will Never See is all about. “Louis XIII is a true testament to the mastery of time, and we sought to create a proactive piece of art that explores the dynamic relationship of the past, the present, and the future,” said Ludovic du Plessis, Global Executive Director for Louis XIII Cognac. “Four generations of Louis XIII cellar masters put a lifetime of passion into a bottle of Louis XIII, yet they will never taste the resulting masterpiece. We are thrilled that this talented actor and creative filmmaker were inspired to join us on this artistic endeavor.” According to the official release from Louis XIII, the film was conceived by Malkovich, who “developed” the screenplay from an idea by the Remy Martin owned cognac firm. Malkovich stars in the film, alongside Shuya Chang. Malkovich had this to say about the project: “When I was first approached I really loved the idea… I mean, in a way I wish all the films I made wouldn’t have been seen for a hundred years. I don’t know how much that would change the way they are regarded…” Although there is really no film to see till 2115 – and only the descendants of the guests invited to the preview will get a ticket – there are three teasers available here. You can check out one of the teasers at the bottom of this story. Interestingly, 2015 is the 100th anniversary of Einstein’s Theory of General Relativity (do the math on 2115) and we think an exercise like this one is entirely in keeping with that momentous anniversary too. Also, we are unhappy that no one got an invite for that preview, which means all of us at Luxuo will have to disappoint our descendants!