A 1,111 carat “high quality diamond” has been discovered at a mine in Botswana, said to be the biggest find in more than a century, according to the mine company. 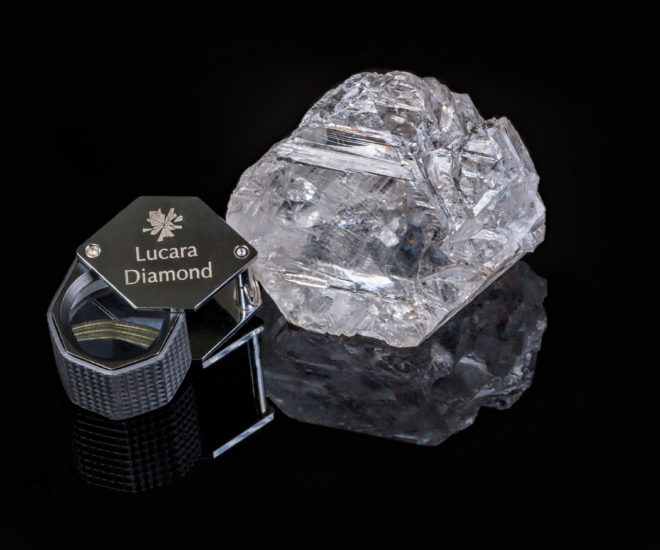 A 1,111 carat “high quality diamond” has been discovered at a mine in Botswana, said to be the biggest find in more than a century, according to the mine company. Larger diamonds have been found but those were not gemstone quality.

The Botswana gem, only second in size to the famous Cullinan diamond which was unearthered in South Africa in 1905, was mined by Lucara Diamond Corp.

“The magnificent stone, which originated from the south lobe of Lucara’s Karowe Mine, is the world’s second largest gem quality diamond ever recovered and largest ever to be recovered through a modern processing facility,” the Stockholm listed company said a statement.

Shares in Lucara shot up 34 percent to 14.2 kronor in morning Thursday trading in Stockholm.

Botswana is the world’s second biggest diamond producer, and Lucara said the gem was the largest ever to be recovered in the country.

“The significance of the recovery of a gem quality stone larger than 1,000 carats, the largest for more than a century….cannot be overstated,” said William Lamb, the President and chief executive of Lucara.

The stone is yet to be evaluated, but commodities and mining analyst Kieron Hodgson, said it has “the potential to be one very expensive diamond.”

“Valuation will depend on potential inclusions, how it would behave in cutting, optimal shape as well as final color,” he told AFP.

“All these things will need to be evaluated prior to bidding.”

The biggest diamond discovered is the 3,106-carat Cullinan, found near Pretoria in South Africa in 1905.

Lucara indicated on its website that the Karowe Mine had also this week turned up further finds — an 813 carat stone and a 374 carat stone, prompting Lamb to laud “an amazing week” for the company.