World’s biggest airport set to open in Beijing in 2017

Located just outside Beijing, the mega airport will have capacity for 130 million passengers per year, 23 million more than JFK and London Heathrow combined. 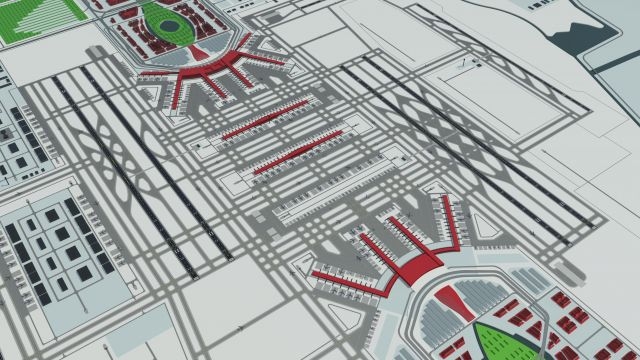 Master plans for the new mega airport in Beijing have been released by Dutch Airport Consultancy firm NACO. Located outside Beijing, it will have capacity for 130 million passengers per year, 23 million more than JFK and London Heathrow combined.

The new airport will provide a second hub for the city, whose current airport handles almost 75 million passengers a year. The current airport, Beijing Capital International Airport, will be reaching its capacity within a few years.

The new airport, to be called Beijing Daxing International Airport, is scheduled to open in 2017. The recently released plans show a new hub that will cover 55 square kilometers (about 21 square miles) and include eight runways.

Plans also show an integrated ground transportation hub, which will shuttle passengers into Beijing with a journey time of 30 minutes on a high-speed railway. A slower route on the city’s underground will also be available.