Qatar Airways has topped a list of “best-dressed” airlines conducted by airfare comparison site Skyscanner. The airline’s “retro-look” uniforms won the votes of 33 percent of respondents to Skyscanner poll, which was timed to coincide with London Fashion Week last week. Air France‘s uniforms, designed by Christian Lacroix, came second place with 17 percent, while […] 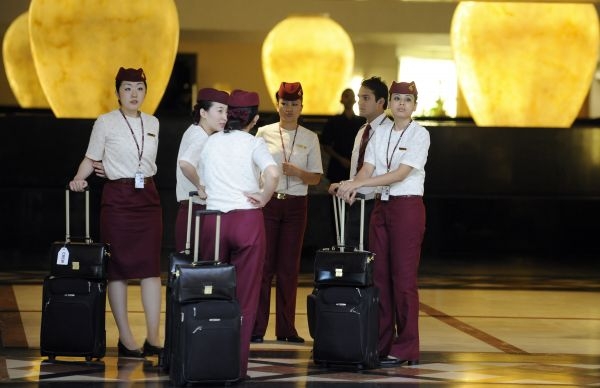 The airline’s “retro-look” uniforms won the votes of 33 percent of respondents to Skyscanner poll, which was timed to coincide with London Fashion Week last week.

Other entries in the top ten included Spanish carrier Iberia and Italian carrier Alitalia, along with Delta in the US and India’s Jet Airways.

Although cabin crew style doesn’t play the role in flying that it did 30 years ago, some airlines still invest big bucks in dressing their customer-facing staff.

Whether crew are dressed to reflect local style such as Singapore Airlines’ iconic “Singapore Girls” or kitted out by top-end designers such Christian Dior and Nina Ricci, who have both designed for Air France, the outfits play an important role in public perceptions of a carrier.

Airlines in Japan even sew computer chips and serial numbers into their uniforms to try to stop them being sold onto local fetish shops, where the outfits can sell for thousands of euros.

The sartorial choices of the world’s airlines have even spawned a fan site from Netherlands-based flight attendant Cliff Muskiet — “Uniform Freak” displays 947 different stewardess uniforms from 386 airlines, complete with archives from previous uniforms.