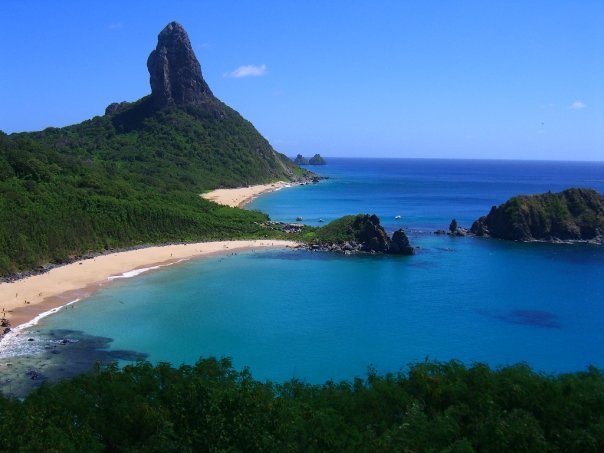 With its turquoise waters and lush green cliffs, the Fernando de Noronha archipelago, off the Brazilian coast, is home to the world’s top beach according to TripAdvisor user reviews.

One of the many selling points of the Baia do Sancho is its crystal clear water, which allows snorkelers to observe exotic fish and even sea turtles. But it’s not easy getting to this paradise on earth: visitors must descend a tall, steep staircase that could spook anyone with a fear of heights. Grace Bay in the Turks and Caicos Islands and Flamenco Beach in Puerto Rico complete the trio of the top beaches on the planet.

The US made an appearance in the top 10 thanks to Hawaii’s Lanikai Beach, which came in at number eight. Alongside its worldwide ranking, TripAdvisor compiled lists of the best beaches in the US, the UK and Europe. Unsurprisingly, Hawaii dominates the ranking for the US, accounting for seven of the country’s top 10 beaches.

Behind the first and 2nd place winners, Hawaii’s Lanikai Beach and Ka’anapali Beach, Florida made it into 3rd place with Siesta Key Public Beach. To view the Top 10 beaches in the US and other Traveler’s Choice Beach rankings: www.tripadvisor.com/TravelersChoice-Beaches