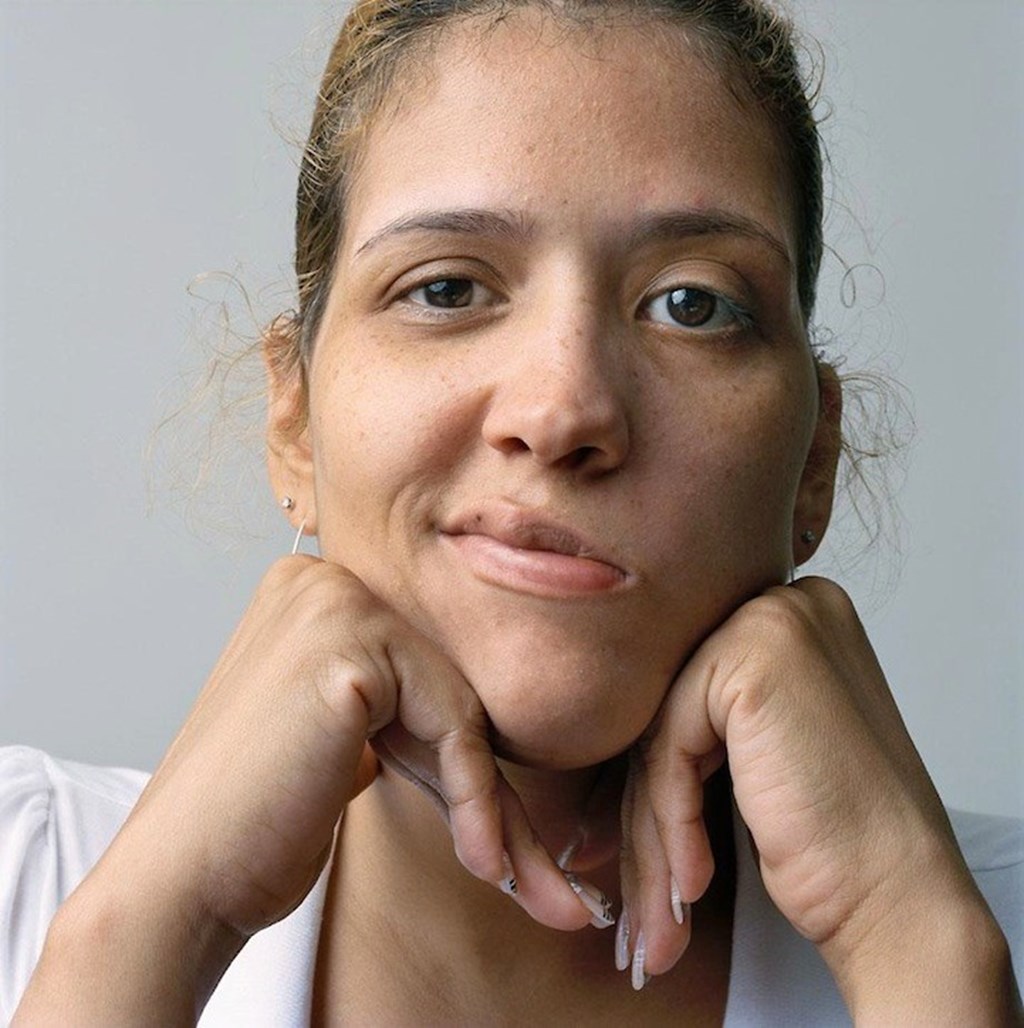 Photographer Sage Sohier spent three years documenting people with various stages of face paralysis. In her series, titled About Face, each subject is photographed against a neutral background around the beginning of the treatment, and the subject was photographed in this manner throughout their treatment process. This project was done with the intention of telling the patients’ process by created a captivating photographic story that was “visually appealing” and “psychologically powerful”. Her subjects were of different age groups and experience different causes of face paralysis including Bell’s Palsy, tumours, strokes, accidents and congenital nerve damage. Some subjects are also photographed with their loved ones; a parent for the younger subjects and spouses for the older subjects. Sohier believes that viewing someone with a partial facial paralysis, we are looking at two expressions on the same face. Despite the changes in their facial expressions, the subjects were willing to expose themselves to the camera. “Most people I photograph are acutely aware of their imperfections and try to minimize them,” says Sohier. “Some have confided in me that, in their attempt to look more normal, they strive for impassivity and repress their smiles. They worry that this effort is altering who they are emotionally and affecting how other people respond to them.” See more of this touching series on Sage Sohier’s Website.