From Europe to the Americas and now Asia, we take a look at some of the most unique beaches that would make for the perfect instagram photo. 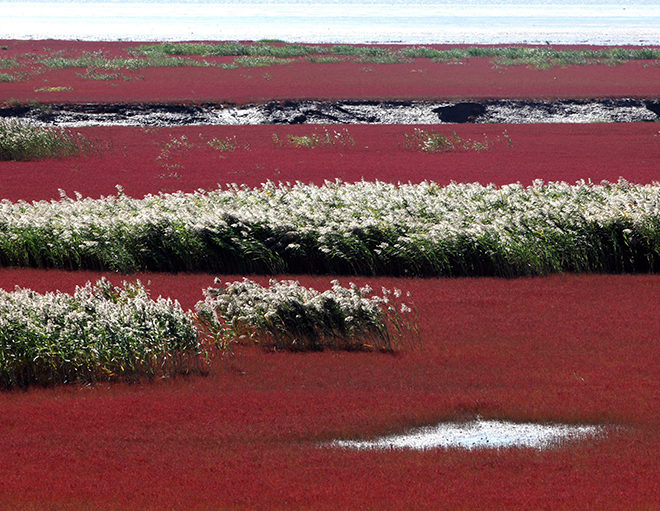 Just in time for those longed-for summer breaks, we take a glimpse at several unique beaches around the world. Today we visit the Red Beach in Liaoning that contradicts China’s reputation as champion polluter and burnishes its eco-friendly credentials. We join AFPRelaxnews for a short tour of the area and learn more about the country’s conservation efforts one beach at a time.

Where to find it

Located in the Liaohe River Delta, the Red Beach of Panjin can be found in Liaoning, a northeastern province of China. While some may not think of China as a champion of environmental matters, this site reveals another side to the country and its approach to preservation. In fact, Red Beach has been a state-protected nature reserve since the end of the 1980s, with regulations restricting tourism in this area of natural beauty, home to several hundred animal species. Only part of the beach is open for visitors to explore.

The Red Beach of Panjin is surprising in more than one way. Not only does this beach have no sand, but it’s also entirely covered in a special kind of seaweed, which gives rise to its unusual appearance. The seaweed, called sueda, grows from April, starting off green before turning crimson red in the autumn. Visit between mid-September and mid-October to take in this natural wonder in all its glory. Another draw for visitors is the beach’s wildlife. Several hundred bird species and almost 400 species of wild animals have taken up home on Red Beach, including endangered species like the red-crowned crane.

How to get there

Red Beach, which has been a nature reserve since 1988, can be accessed from Shenyang, the capital of Liaoning province, about a two-hour drive away. The closest town is Yingkou.

A raised wooden walkway has been installed to take visitors on a trail through the reserve, walking above this area of marshland with relative ease and comfort. As you’ve guessed, this isn’t the kind of beach where you can stretch out a towel and go for a dip. It is, however, a spectacular sight to behold and a great destination for photographers.