Influential French chef Michel Richard, who helped turn Washington from a food backwater into one of the best eating cities in the country, died Saturday at 68 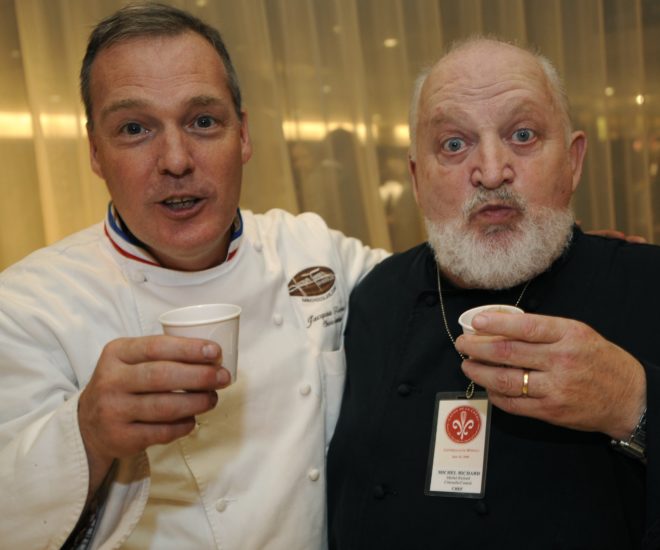 Michel Richard, an innovative and enormously influential French chef who helped turn Washington from a food backwater into one of the best eating cities in the country, died Saturday at 68, US media reported.

The Brittany-born Richard (pictured top on the right with Jacques Torres) died of complications of a stroke, his assistant Mel Davis told The Washington Post.

Starting his career as a pastry chef in France, he came to the United States as a young man, finally arriving in Washington in 1993. His Citronelle restaurant had an impact on the city’s culinary culture that “cannot be overestimated,” leading other chefs to follow him to Washington, The Post reported.

He later opened a high-end bistro, Michel Richard Central, that gave a French twist to some American classics.

“I am completely saddened by the news of a great chef & close friend’s passing,” tweeted Thomas Keller, who won the James Beard Best Chef in America award in 1997 and whose French Laundry restaurant in California is considered one of the best in the world.

Richard himself won the Beard best-chef award in 2006.

And boosted no doubt by the groundwork he laid, Washington was honored by Bon Appetit magazine this year as the nation’s best restaurant city.