Talise by Jumeirah has been crowned the World’s Best Hotel Spa Brand at the first World Spa Awards. 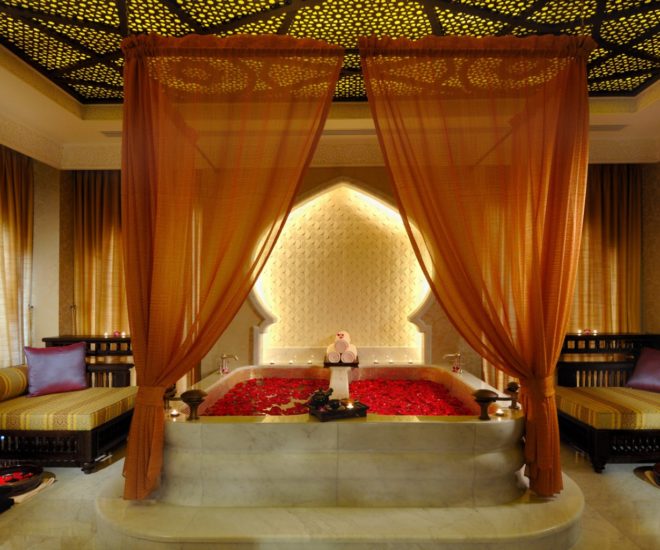 Thailand, with its centuries’ old history of wellness and massage treatments, has been named the world’s best spa destination by travelers and industry leaders at the inaugural World Spa Awards.

Held at the InterContinental Danang Sun Peninsula Resort in Vietnam this week, the gala event was created to serve as a benchmark for world spas.

Thailand was named the best destination in the world for the breadth of its spa and wellness treatments, which range from world-class retreats in luxurious settings, to US$3 an hour foot and Thai massages on the streets of Bangkok, Chiang Mai and the beaches of Phuket, Samui and Pattaya. Treatments at the Emirates Palace Spa, on the other hand, are reserved for the moneyed client, where sheets of gold leaf are massaged onto cheeks to impart a ‘glow’ to the skin.

After 90 minutes, the 24-Carat Gold Radiance Facial promises to deliver “an illuminating radiant glow to all skin types.”

Skin is first prepped with a deep cleansing sequence before micronized 24-carat gold sheets are massaged via an “Ultra Sonic Nano” mist.

To finish the treatment, the skin gets a hydrating serum, moisturizer, eye cream, scalp and hand massages. Here are some of the other winners from the World Spa Awards: