Color of the Year for 2014: Radiant Orchid

Pantone today announced PANTONE 18-3224 Radiant Orchid, a captivating, magical, enigmatic purple, as the color of the year for 2014. 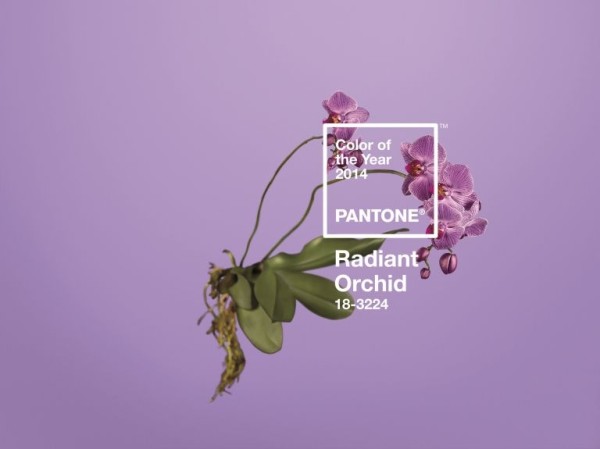 Last year’s ‘color of the year’, emerald, is totally emer-old. On Thursday, Pantone, the global color authority and provider of professional color standards, unveiled its pick for 2014, ‘radiant orchid’. “A dazzling attention-getter, Radiant Orchid permeated the runways during the spring 2014 fashion shows and is already making its way onto the red carpet,” says the company. “Variations of this hue will carry into men’s and women’s clothing and accessories throughout next year.”

And there’s added excitement. On Thursday Pantone is due to unveil its first ever clothing line, the Universe Colorwear men’s wear collection. The sporty, European made pieces will get their debut at the Barneys Miami store, right as Art Basel Miami Beach is in full swing.

The line will include a range of men’s t-shirts, tanks, pants, shorts, sweaters, hoodies, jackets, accessories and swimwear. There are currently no plans to launch the products for women.

Pantone has previously applied its block color swatches to a range of watches, teapots and its famed coffee mugs. The clothing line will appear in other retailers from February onwards. COLOR OF THE YEAR FOR 2012: TANGERINE TANGO COLOR OF THE YEAR FOR 2011: HONEYSUCKLE