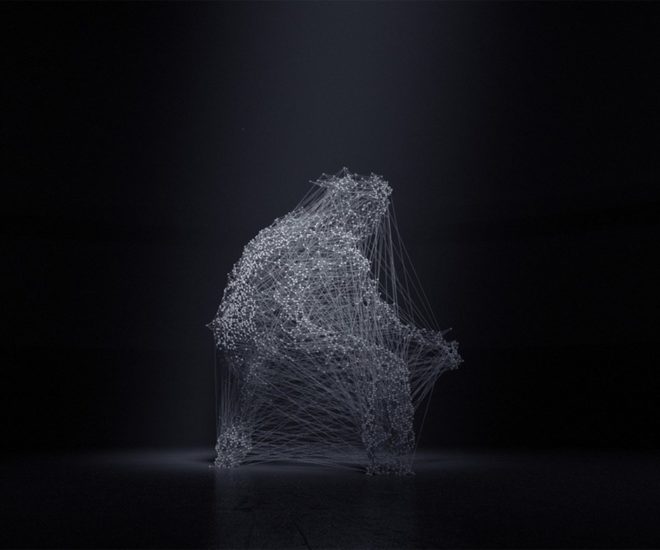 In this experimental film project by Maria Takeychi and Frederico Phillips titled Asphyxia, the artists explore human movement through motion capture technology. Collaborating with dancer Shiho Tanaka, they captured her dancing using two inexpensive Xbox One Kinect sensors, and rendered the data inside a near photo-realistic environment. Several editing techniques and dynamic simulations applied using a number of 3D tools to create this fascinating dance film. After capturing the extensive number of steps, the data was combined and developed in to a stop-motion piece.

“The project is an effort to explore new ways to use and/or combine technologies and different fields in an experiment without many of the common commercial limitations. The performance is centered in an eloquent choreography that stresses the desire to be expressive without bounds.”

Learn more about the artists and the project here.