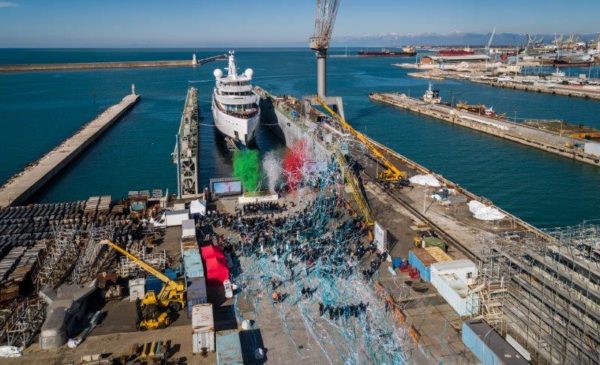 Benetti has launched the 100m-plus hull FB272 from Livorno, less than two months after the Italian shipyard unveiled its first-ever gigayacht, with a third slated for an April launch.

A steel yacht with an aluminium superstructure, FB272 has a length “of about 100m”, a 17m beam and a displacement above 5,500GT, and is built to comply with the Passenger Yacht Code (PYC).

The owner contributed to the concept and general arrangement, and spent significant time in the development of the exterior, initially with Hugo van Wieringen from Azure Naval Architects and then with the assistance of Reymond Langton Design and Zaniz Jakubowski of Zaniz Interiors. 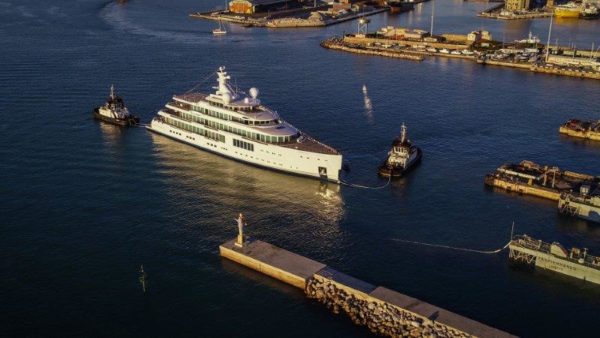 The exterior design was refined post contract with the assistance of Benetti’s in-house designer, Giorgio M. Cassetta, supporting Zaniz Interiors which took over responsibility for both the exterior and interior design.

The yacht is fitted with a pioneering hybrid propulsion system with diesel-electric engines and two Azipod propulsion units connected to a special battery pack conceived and provided by the owner, who was seeking vibration-free, silent navigation. The yacht also features an advanced Lutron domotic system, with about 500km of cable running across her hull and superstructure.

Paolo Vitelli, President of Azimut-Benetti Group, said: “This iconic project has had a huge impact on local industry and after more than 2 million hours of skilled work from over 100 suppliers, we can truly pronounce her as a wonderful achievement for Livorno and the ‘Made in Italy’ ethos.

“The use of such a large number of suppliers is integral to the Benetti superyacht building philosophy: the perfect balance between the best ‘Made in Italy’ craftsmanship with the most advanced technological and innovative solutions available on the international market.” 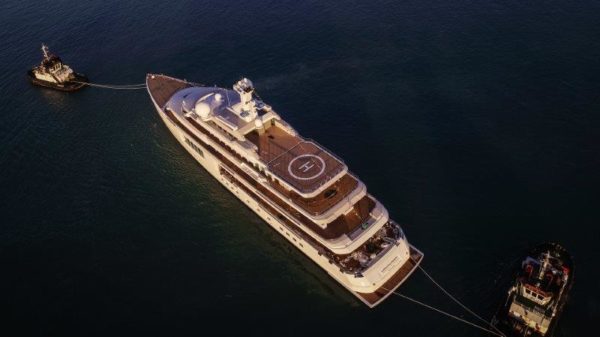 Benetti launched its first-ever gigayacht in December 2018. Measuring 107m (350ft) in length with a 15.2m (49ft 10in) beam, hull FB277 was launched at a private event in Livorno and was the first of the three biggest yachts ever to be built by the historic Italian yard.

Built with a steel hull and aluminium superstructure, the yacht was designed entirely by Benetti and built in collaboration with Imperial Yachts, which was in charge of the project’s management and supervision on behalf of the owner.

Azimut-Benetti has led the Global Order Book for superyachts (over 80ft) for a record 19 successive years, topping the 2019 edition with 97 yachts under construction, totalling 3,536m in length. The units and total length are 26 and 24.5 per cent higher respectively than on the 2018 list.