A Chateau d’Yquem 1896, Pedro Ximenez 1899 and Porto 189 are among the exquisite vintages in a collection creating a buzz in the wine world. 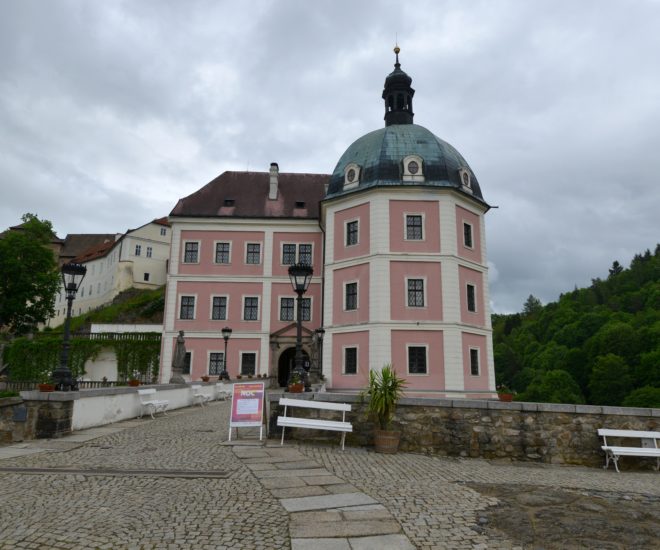 Czech aristocrats with Nazi links hastily flee their castle in the final days of World War II, first hiding their treasures including an extraordinary stash of 19th-century wines.

Four decades on, communist secret police in a state hungry for cash act on a tip-off and find a priceless reliquary buried in the castle’s chapel, but the dusty old bottles nearby go ignored.

Until now. A rare Chateau d’Yquem 1896, Pedro Ximenez 1899 and Porto 189 are among the exquisite vintages in the 133-bottle collection creating a buzz in the wine world and questions over their fate.

“Tasting wine older than 20 years is a unique experience, but trying some from the 19th century feels almost unreal,” said master sommelier Jakub Pribyl, among a privileged few who sampled the wine in late May. “That only happens once in a lifetime.”

The bottles sat undisturbed for decades on simple wooden shelves in the castle in the western town of Becov nad Teplou.

At the tasting, the sommeliers were able to test the wine without popping corks, thereby preserving the contents of the bottles, thanks to a method called Coravin technology that pierces the cork with a needle.

The Pedro Ximenez, for example, had an aroma of caramel, raisins and nuts, plus the vibrant color of amber, according to Pribyl. “Age aside, the collection is unique because of the circumstances of its discovery and its diversity,” he said.

“There are different wines from several countries including France and Spain. The wine is in superb condition.” Early estimates put the value of the collection at 20 million koruna (740,000 euros, $830,000), but the price is likely to soar at auction.

The collection was long hidden under the floorboards of a chapel at Becov castle, along with the precious reliquary of St. Maurua, reputed to contain part of a finger of St John the Baptist. It is one of the Czech Republic’s two most important historical artifacts, alongside the crown jewels kept at Prague Castle. Before passing into the state’s hands, the castle overlooking a picturesque valley had been owned since 1813 by the noble Beaufort-Spontin family.

Suspected of collaborating with the Nazis, the aristocrats left the country in haste in 1945 but not before stashing away all the treasures they would not be able to carry unnoticed across the demarcation line between the Soviet and American zones.

Forty years later, an American businessman was quietly tasked by the family to ask then communist Czechoslovakia – which split into two states in 1993 – to let him recover an object hidden “somewhere” in the country in exchange for $250,000. Needing foreign currency, Prague said yes. At the same time, the secret police began sniffing around for the mysterious object.

They searched the gardens but as the weather worsened, they moved inside. The first door on the right was the entryway to the chapel where the astonished officers soon found the reliquary.

Made between 1225-30 in Namur province in Belgium, the casket consists of an oakwood core and an embossed gilded silver and copper box covered with filigree and 68 gemstones. Its discovery completely eclipsed the wine collection also found in the cache.

“I can imagine the dust-covered bottles didn’t look too appealing,” Wizovsky said, adding that the police then stowed them away in a box only to be forgotten by all.

Tucked away, the wine only drew attention recently when the chateau took inventory of its furnishings.

While the bottles are due to be recorked in the famous French wine area of Chateau d’Yquem near Bordeaux to extend the lifespan of the wine, questions over their fate remain.

“The difference between a wine bottle and a painting is that a Gauguin will always remain a Gauguin, while with wine, there’s the risk that it will lose value,” said Pribyl. “It would make sense to sell at least the most precious bottles at auction.”

The decision is up to the Czech state but Wizovsky said no auctions were planned for the time being.

“It doesn’t make sense to split the collection, its value lies in keeping it complete,” argued Wizovsky. “The bottles will stay where they are and they will be accessible to experts in exceptional cases.”