Ernest Borel extends its Jules Borel collection with a limited edition timepiece to commemorate its 160 years of history. 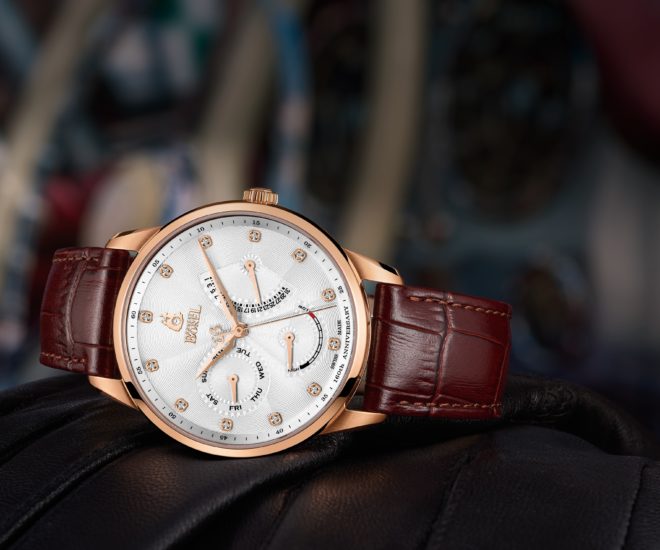 Ernest Borel celebrates the 160th anniversary of its founding this year, and has released a limited edition timepiece in its Jules Borel collection to celebrate the milestone. The choice was an easy one – Jules Borel was the brand’s founder, and his namesake collection consists of dressy watches with a touch of luxe that a timepiece such as this will fit in with perfectly.

The commemorative watch begins with a rose gold-plated steel case 40mm across – perfect for the modern wearer – with matching hands and indexes. The applique hour markers themselves are studded with a diamond each to further distinguish the timepiece, while the silver dial has a scalloped sunburst guilloche pattern for added flair. The three sub-dials at three, six, and nine o’clock have circular grained patterns instead for contrast, and feature a retrograde date, power reserve, and day indicator respectively.

The watch’s celebratory aspect is expressed in various ways. The most obvious is the “160th Anniversary” text on the flange at six o’clock. Flip the timepiece over, and an etched drawing of the Ernest Borel Factory reveals itself. Etching aside, the case back also has an aperture to allow its wearer to observe the balance wheel in motion.

Only 888 pieces of this anniversary timepiece will be produced. Each will be delivered with an individually numbered case and certificate.

This article was originally published in World of Watches magazine