Unlike the Nautilus Chronograph, the new Aquanaut chronograph features no running seconds or 12-hour subdial integrated into one, instead, it displays only a 60 minute counter

When it comes to high end luxury sports chronographs, many count the Omega Speedmaster, Rolex Daytona and the Patek Philippe 5980 Nautilus Chronograph among the many grail watches to own. For 2018, watch lovers can add the Patek Philippe Aquanaut Chronograph 5968A to the list, likely to be one of the more affordable high end sports-luxury chronographs (in relative terms of brand positioning) on the market to date.

The Patek Philippe 5980 Nautilus Chronograph debuted in 2006, the same year the Nautilus celebrated its 30th anniversary. If you wanted one today, it costs SG$82,200. Enter the new Baselworld 2018 Aquanaut Chronograph or Patek 5968A. Costing SG$57,700, it’s one of Patek Philippe’s most affordable high end luxury sports chronographs with a fashionable if youthful new colour-way, orange! 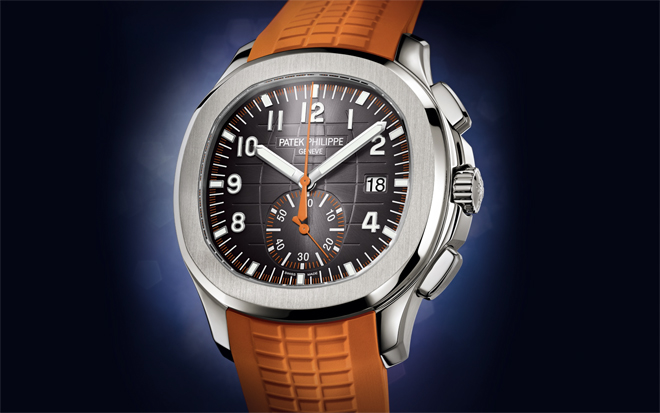 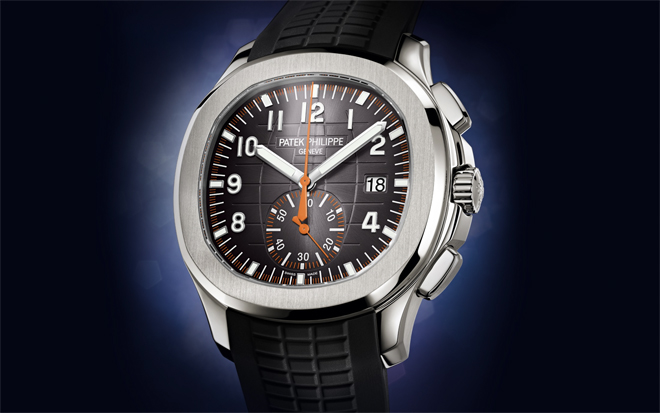 That said, the Aquanaut was notable for one distinction – it was a five digit luxury sports model with a rubber strap, a first for the industry and a first for the brand; especially when you consider that its peers, even the behemoth Audemars Piguet Royal Oak Offshore were launched with steel bracelets. Launched at Baselworld 2018, the new Aquanaut Chronograph joins two other models – a time-and-date and travel time editions. 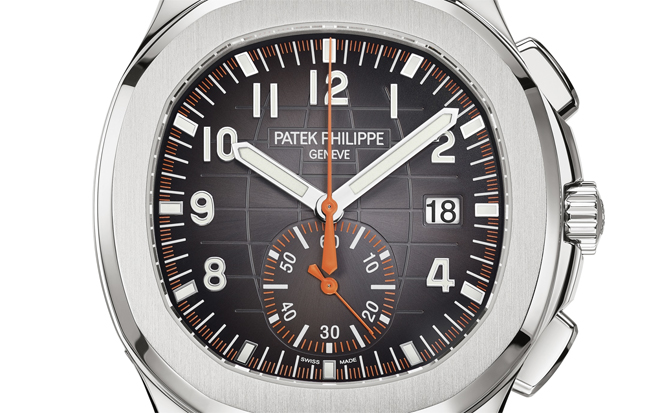 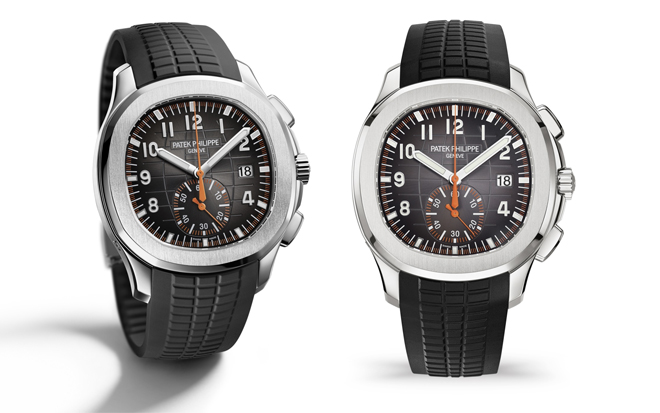 Impressively, the new Patek Philippe Aquanaut Chronograph 5968A earns its second distinction as likely one of the more playful or colourful models thanks to its orange accents and accompanying orange rubber strap. Naturally, one of watchmaking’s most detail oriented brands has also seen fit to include a secondary strap in black, which makes things a little more serious. While the colour scheme is a little out of character for Patek Philippe, the overall style of the new Aquanaut has not changed one bit – the octagonal shape of the case remains immediately recognisable even with two chronograph pushers.

The slate grey dial with square aka “Checker-board” pattern and “smoked” or fume effect radiating outwards, punctuated by orange accents and the single subdial makes for very attractive if completely symmetrical appearance. Unlike the Nautilus Chronograph, the new Aquanaut chronograph features no running seconds or 12-hour subdial integrated into one, instead, the Baselworld 2018 Aquanaut Chronograph displays only a 60 minute counter which one supposes, even with the complexity of its flyback mechanism, makes things relatively more affordable hence the price tag.