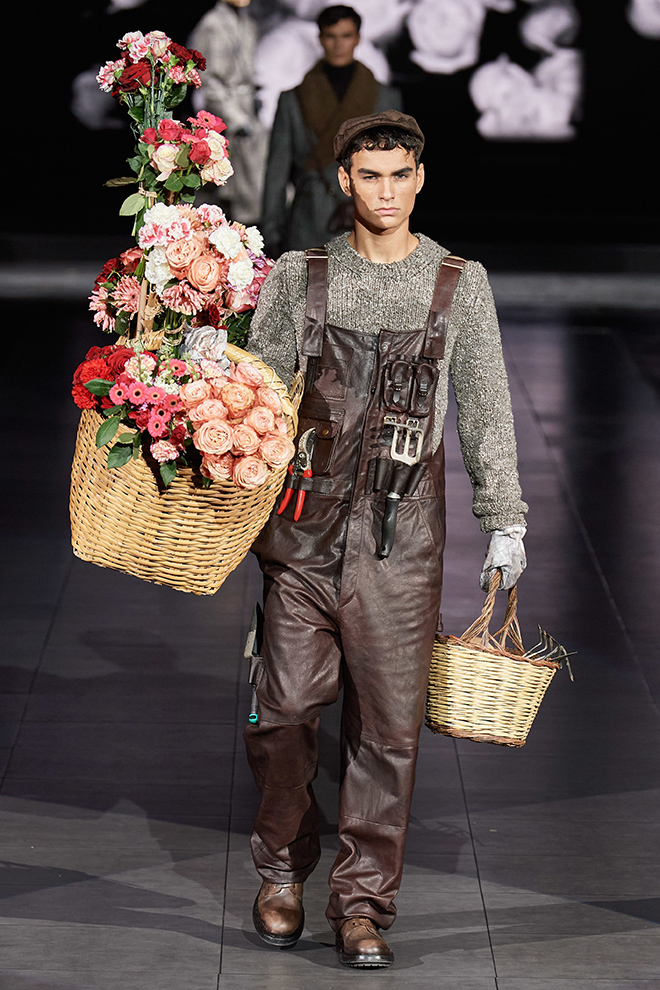 Dubbed ‘The masters of art’, Dolce & Gabbana’s latest Fall 2020 ready-to-wear Menswear collection explores the dignity of labor, value of craft and the preciousness of generational skills. Featuring a slew tailors, knitters, and shoemakers from the Maison’s team of staff, the show welcomed an array of fresh faced online ‘influencers’ including vlogger Margot Lee, and TikTok stars, Gianmarco Rottaro, Marta Losito, Marco Cellucci, and the Baker brothers, to its front row. 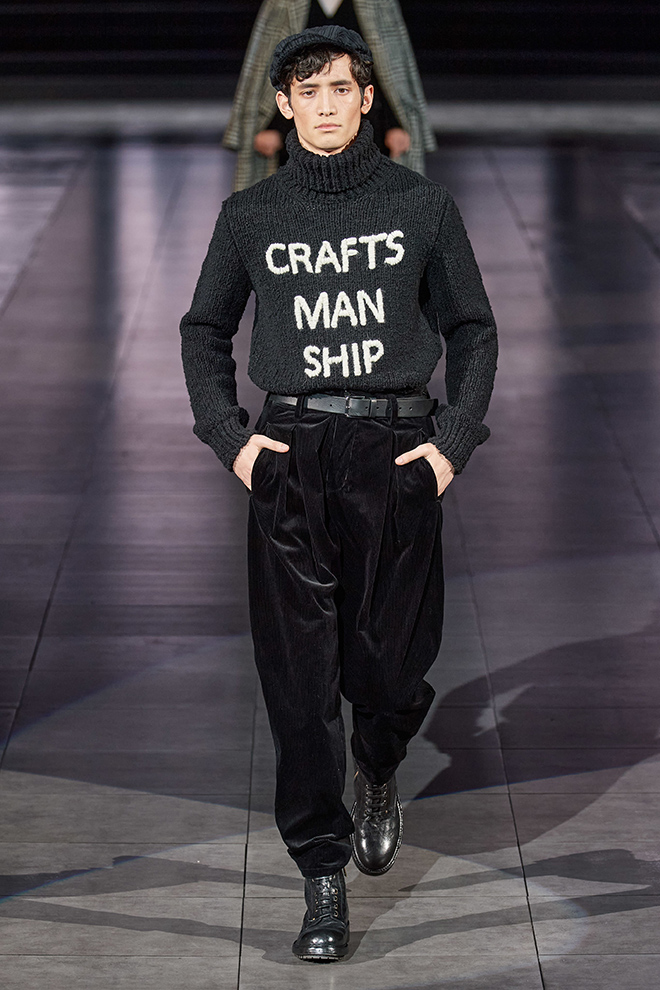 Capitalizing off Generation Z’s growing buying power, and technological influence, luxury retailers beyond Dolce & Gabbana, such as Chanel and Prada have since adapted their traditional marketing strategies toward the burgeoning, new youth-dominated ecosystem, known as social media. Through recruiting a younger generation of content creators and leveraging off their millions of followers, fashion companies are thus better able to ‘go viral’ – reaching a boarder audience, with an increased authenticity and relevancy. 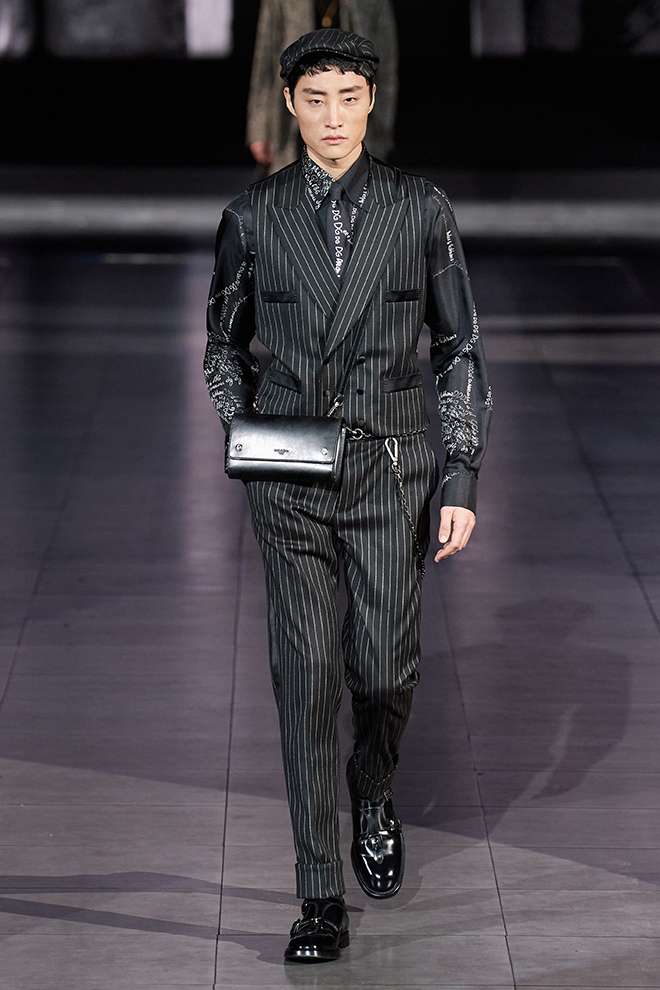 “If any fashion brand wants their company to sustain and stay influential for years to come, they have to be present where people spend most of their time, which is on social media. The best way to do so is to tap the influencers who dominate conversations that happen online.” – Marienor Madrilejo, an agent in the digital media, licensing and branding division for the Abrams Artist Agency, New York. 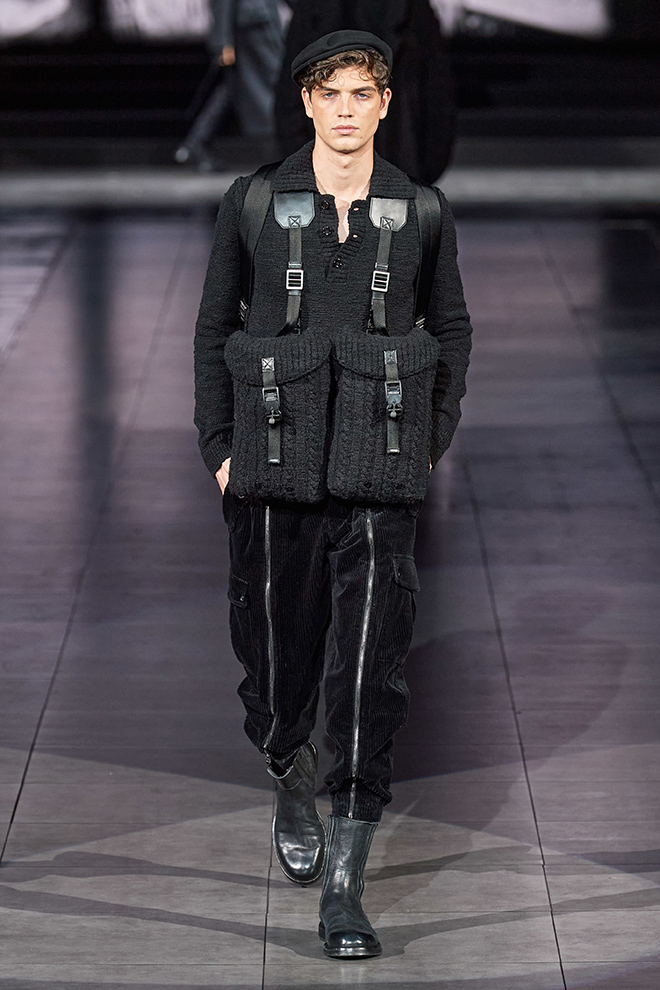 Utilizing a multitude of mediums to facilitate total sensorial-immersion, the show ran concurrently with a grainy projection of Sicilian rural artisans carrying out their various family trades, such as basket-weaving, pasta making, carpentry, shepherding, barbering, and more. 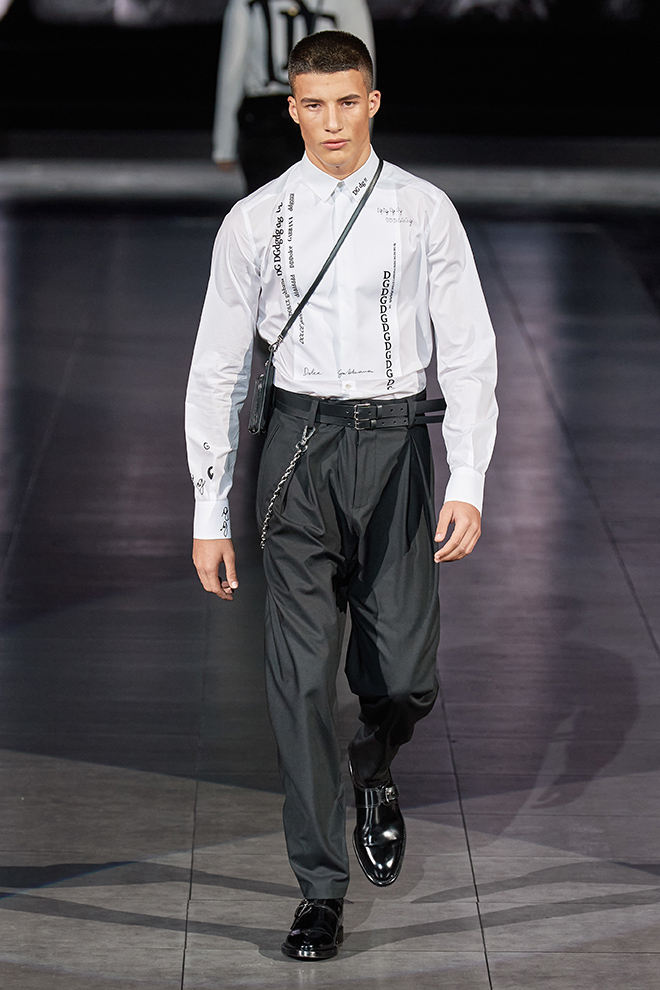 Of the many awe-inspiring clothes showcased at the Dolce & Gabbana Fall 2020 show, the best pieces took the functional and agrarian inspirations behind the collection, such as the pockets, hooks and eyes, to create reimagined pre-mechanized workwear for a post-mechanized consumer – using roughed vintage effect fabrics including pied-de-poule and tweeds. Strutting the runway to the deep and soulful sounds of Franco Battiato and other ‘80s Italian legends, Dolce & Gabbana presented a total of 116 looks, featuring wide whale corduroy pants treated with technical buttoned combat pockets, shaggy sheepskin pants, plus sling-and-chain-borne bags – all of which representing an honorable new generation of the traditional working-class.