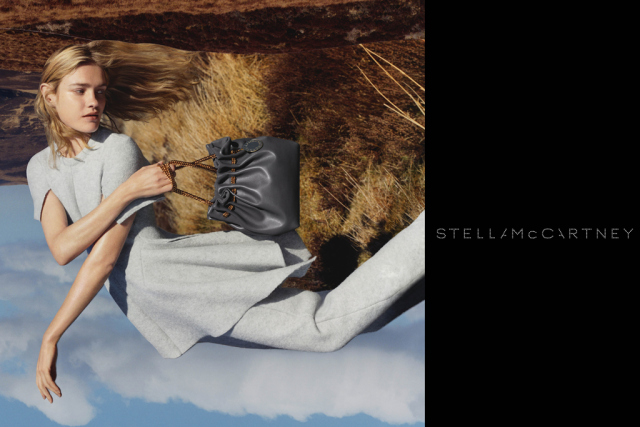 Shot in the Scottish Highlands by Harley Weir, the campaign represents a return to nature with a touch of wildness, in line with the winter 2015 collection itself. Both elegant and luxurious, this new collection is in fact comprised of understated but chic designs in natural tones.

The first images from the video, which alternate between blistering fast and deliberately slow, show Natalia Vodianova becoming one with untamed nature and the surrounding countryside. The model is wearing sophisticated outfits, occasionally accessorized with pearl necklaces.

This is not the first time that Natalia Vodianova has modelled for Stella McCartney; she was also the face of the spring/summer 2015 campaign.

The gorgeous Russian regularly graces the covers of top magazines, and she has recently featured in campaigns for Guerlain, Theory, and Aspesi.