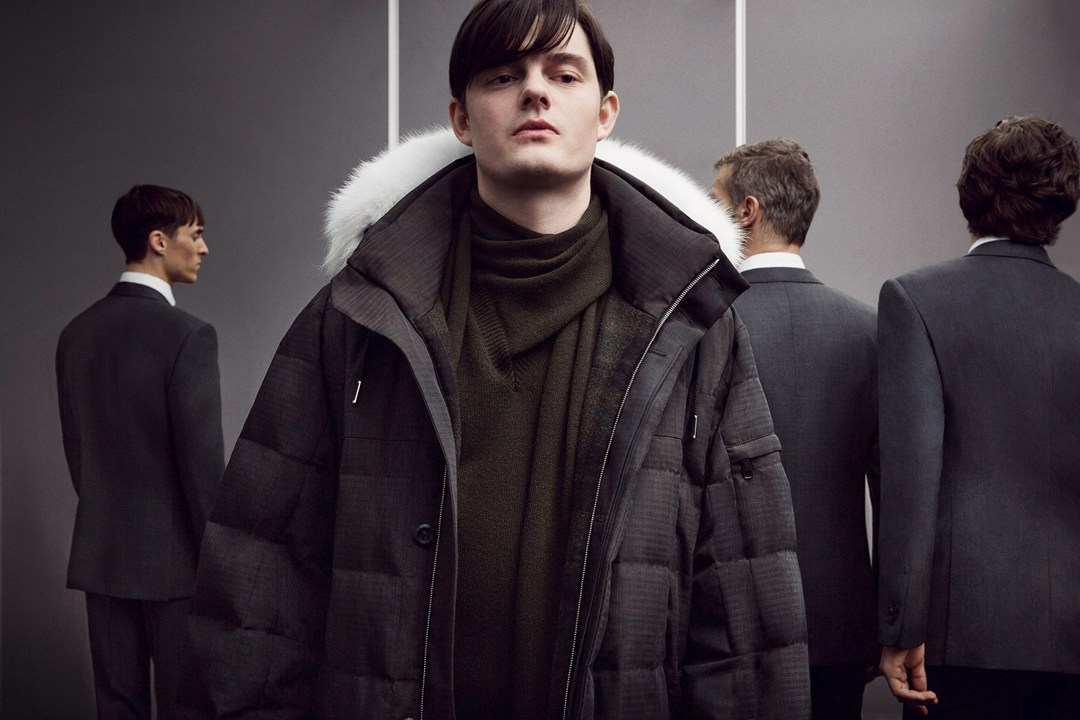 The actor has been shot by photographer duo Inez van Lamsweerde and Vinoodh Matadin for the campaign, reports WWD, which was styled by the brand’s creative director Stefano Pilati. Replacing fellow Brit actor Jamie Dornan, Riley appears both alone and surrounded by other models in the campaign and shows off the label’s suits and more casual sporty outerwear.