Paying homage to the man they call Mamba, Nike announces the launch of an all-new Kobe Bryant-inspired collection of ready-to-wear apparel and footwear. 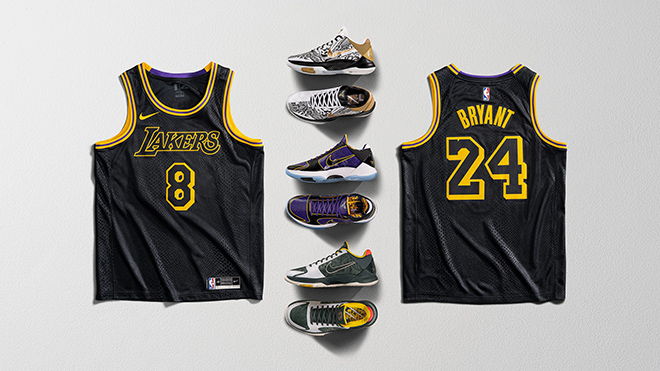 For a lot of people, the tragic passing of American professional basketball player, Kobe Bryant, was a “Where were you when you heard the news” situation. Remembered as a revered shooting guard, Bryant entered the league directly from high school, and played his entire 20-season professional career with the Los Angeles Lakers as part of the National Basketball Association (NBA). Honoured on innumerable occasions for his swift and highly skilled coordination, the esteemed player won multiple accolades including, five NBA championships, alongside becoming an 18-time All-Star, 15-time member of the All-NBA Team, 12-time member of the All-Defensive Team, 2008 NBA Most Valuable Player (MVP), two-time NBA Finals MVP winner. 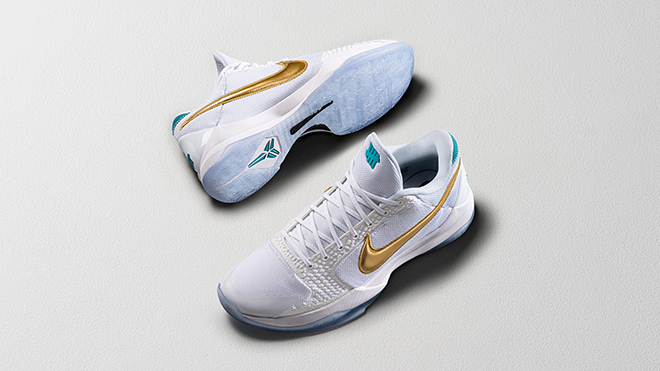 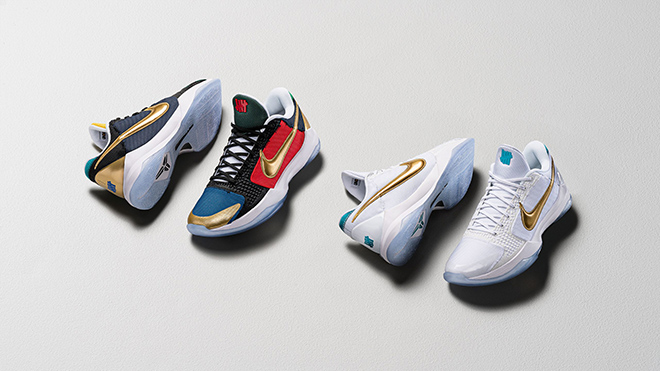 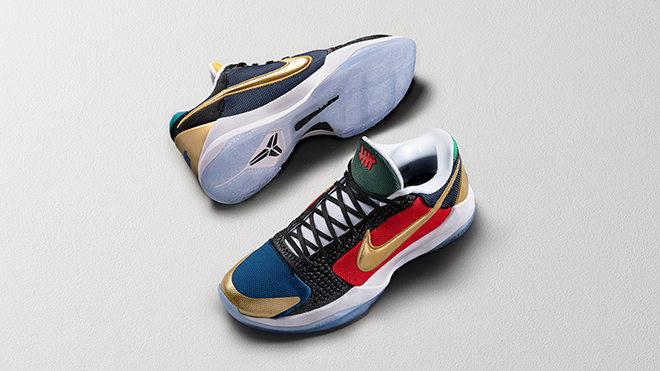 Set to pay homage to the man they call Mamba, Nike announces the launch of an all-new Kobe Bryant-inspired collection of ready-to-wear apparel and footwear. Encompassing the most heritage-packed posthumous Kobe yet, the collection will feature the much anticipated, Kobe 5 Protro with three in-line styles and two UNDEFEATED collaborations, alongside a special snakeskin-printed jersey. 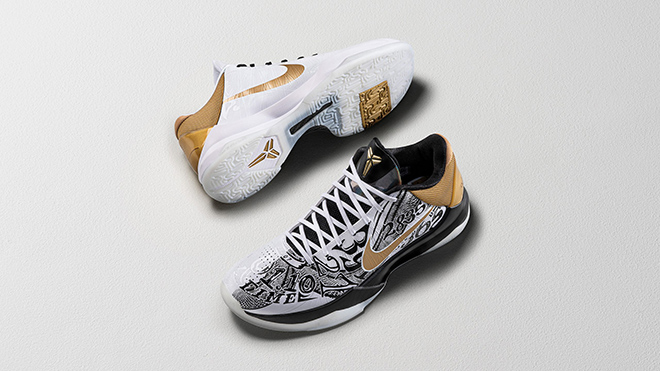 The Kobe 5 Protros “Big Stage” which follows Nike’s pre-existing budget friendly takedown shoe, dubbed Mamba Rage, will be presented in victorious white, black and gold colour scheme – utilizing bold “Parade” print in black instead of PE blue on the left shoe’s lateral side and the right shoe’s medial side, as a crisp tonal “Big Stage” is plastered along the left shoe’s medial half and the right shoe’s lateral half. 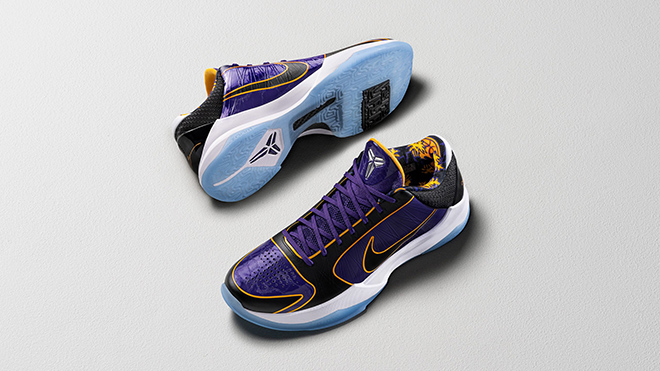 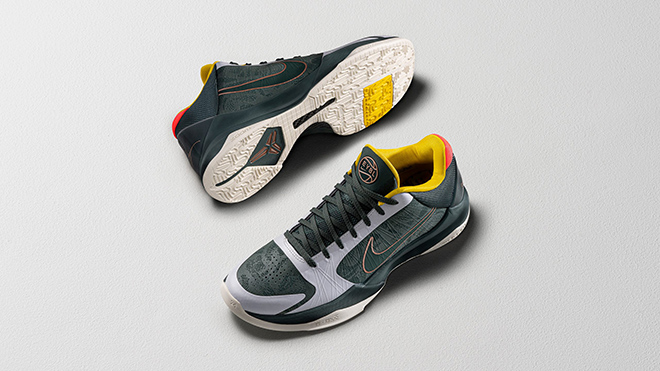 In an ode to Kobe’s fifth NBA championship and his accomplishments in the 2009-10 season, the Kobe 5 Protros “5x Champion”, will showcase a purple, gold and black colour, taking inspiration from Jeff Hamilton’s bespoke jackets with a sleek finish – whilst the “Girls EYBL” will take the form of a scaly green, gold and white, sneaker-Medusa capable of freezing opponents with a single stare. 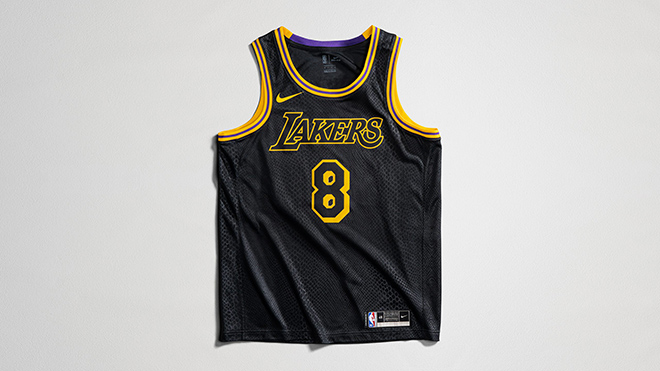 Further supplemented with apparel by long-time Nike Basketball partner, UNDEFEATED, the “What If” pack reminisces Kobe’s fateful journey into the Lakers. Having first been drafted 13th overall by the Charlotte Hornets in the 1996 NBA Draft, Kobe was swiftly traded to the team he eventually brought significant glory. As a result, the “What If” apparel showcase both an assemblage of colours associated with the 12 teams that passed him up, and pay respect the legend’s unparalleled work ethic and championship greatness. 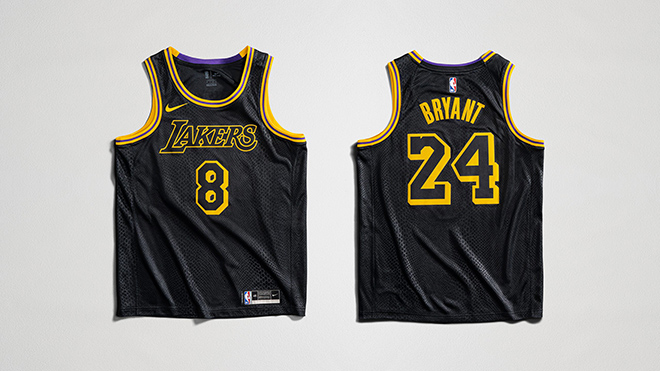 Manufactured in a style that was co-designed by Kobe himself in 2017, the Black Mamba-inspired Los Angeles Lakers City Edition jersey in faux-snakeskin print is expected to be one of the most covetable pieces of Nike’s latest collection, featuring 16 stars running down its sides and the scoop neck that was present on the “Showtime” Lakers uniforms. 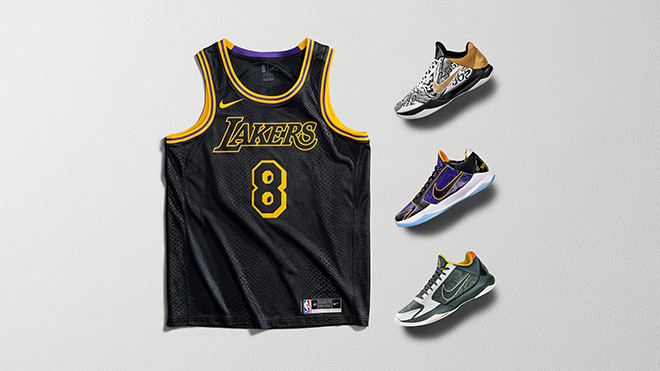 With staggered release schedule, the Kobe 5 Protros “Big Stage” will be the first to drop on 23rd August 2020, followed by the “5x Champion” and special jersey one day later, the release of UNDEFEATED’s “What If” pack on August 27th, and finally the “Girls EYBL” on August 29th. The full collection will be available on Nike SNKRS.