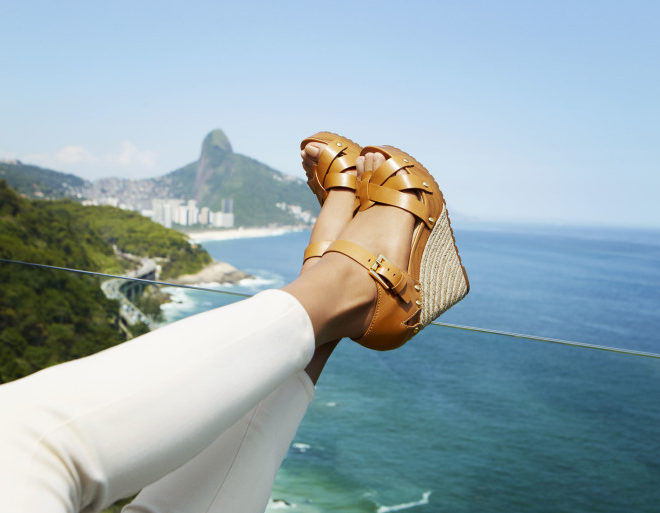 Known for its accessories, and specifically for its handbags, Michael Kors is increasingly popular around the world, and particularly in Europe.

After seeing an explosion in sales on the continent last year, the label has kept up the momentum with a series of store openings, a significant social media presence and non-stop product launches.

The brand’s latest move is the launch of a new footwear capsule collection, Jet Set 6, for the current season.

Thinking ahead, Michael Kors has already announced that the line will be reprised in future seasons, starting this fall and in the coming spring. Versatile and equally suited to day or evening wear, the six shoe designs are in sync with the season’s trends.

There is a sneaker, a leather espadrille wedge sandal, a high-heeled sandal, a stiletto sandal, a jelly flat sandal and an ankle boot, all in tones ranging from caramel to metallic gold. Michael Kors has also introduced an imitation alligator leather suitcase that can be used to tote the entire capsule collection.