MEN’S FOLIO celebrates 19 years in the industry with its brand new October issue. 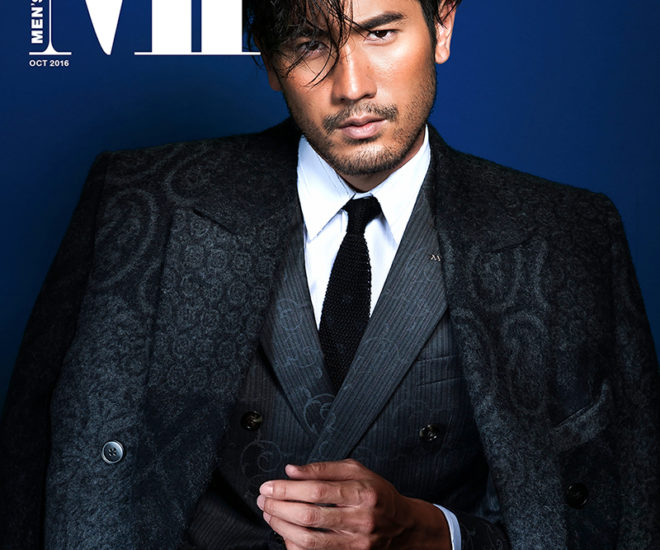 MEN’S FOLIO celebrates its 19th anniversary with its October issue with a theme that centers on ambition. The cover of the latest issue features none other than model and emerging actor, Godfrey Gao.

As the first Asian to front a Louis Vuitton campaign, we can look forward to seeing Godfrey Gao make his mark in Hollywood in the years to come. Donning Zegna Couture for this issue’s cover story, the Taiwanese-born Canadian shares that he can must always ensure that he is never complacent in order to achieve success in his field.

Staying on the chosen theme, the issue also brings us five rising local talents in various fields as well as 19 ambitious and aspirational creations ever made. Curated by the team behind MEN’S FOLIO, the items range from a 2,500-piece limited edition art box to a $100 million superyacht. Capturing the essence of dreams and desires is the Time section in the issue, which features dramatic gold watches.

Along with this feature, MEN’S FOLIO also brings us the hottest accessories of the season. From Paul Smith’s latest writing instruments to the luxurious totes from Dior that you will simply want to get your hands on and the hottest sneakers worn by Elvin Ng, MEN’S FOLIO ensures that readers are kept in the in the loop about the hottest trends.

“New talents are rising in Asia with heightened appeal to the local audience, and the appeal of MEN’S FOLIO has never been so great. MEN’S FOLIO has come a long way since its debut issue in 1997, and it is dedicated to staying true to its original DNA, in continuing to feature Asian men who are an inspiration to many,” says publisher and CEO of Heart Media, Olivier Burlot. He adds that “The magazine continues to thrive forward and its increasingly strong digital presence is a reflection of its strong connection to the fashion savvy male audience in South-East Asia.”