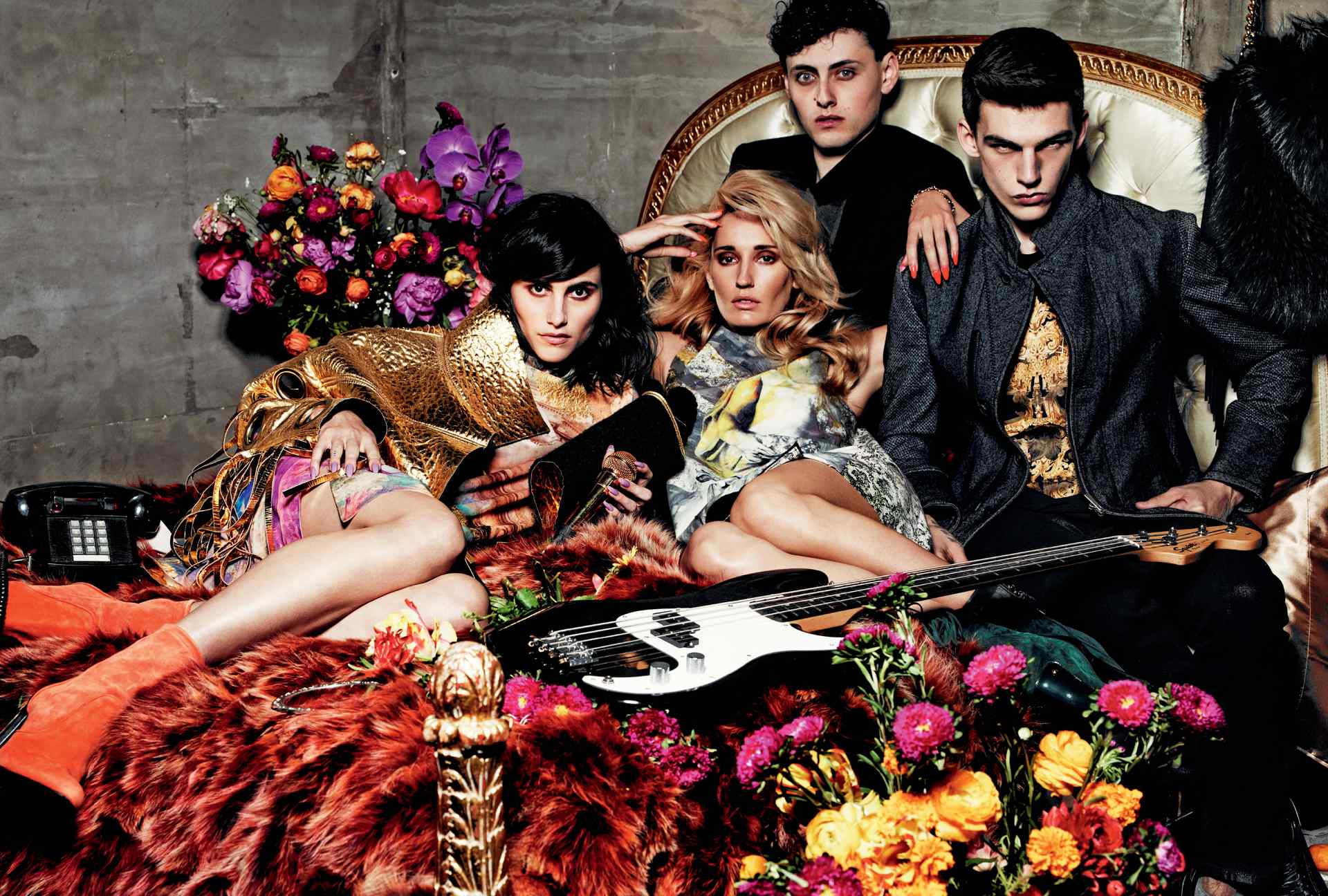 Roberto Cavalli mixed up a young rock ‘n’ roll cast of artists and musicians for the latest JUST CAVALLI campaign. Shot by Michel Comte in Los Angeles, the new Just Cavalli Fall/Winter 2014 plays with what the brand is calling a “Renaissance-Rock mood,” aka straight-up Hollywood decadence with a hint of youthful rebellion. Hair was taken care of Sheridan Ward and Robin Black was on make-up duties, and the models show off the collection’s typically glitzy mix of prints and metallics. This kind of mix of youthful faces with wide-ranging talents brings to mind the casts of some of Burberry’s campaigns. In fact, Whitehouse has previously been picked out by Christopher Bailey for one of his Mario Testino-shot campaigns.