Directly inspired by the small, niche and indie bookstores for which this city is known, the innovative fashion house is determined to create a space for truly literary souls. 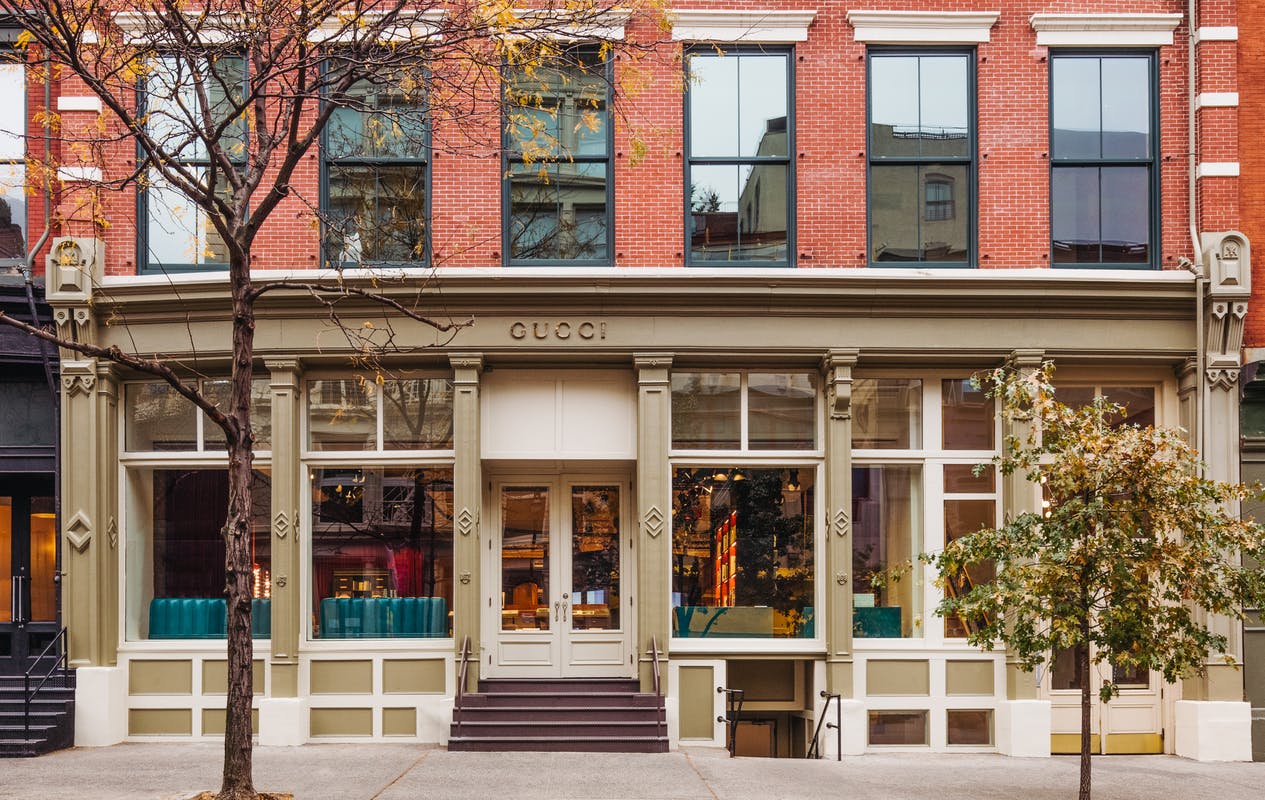 Way before the arrival of Supreme and Glossier, the downtown neighborhood of SoHo has long been the creative and innovative hub of New York City – and, perhaps, the world in general. Be it music, film, fashion, art or literature, only the newest, coolest and most daring can establish themselves along those cobblestone streets. 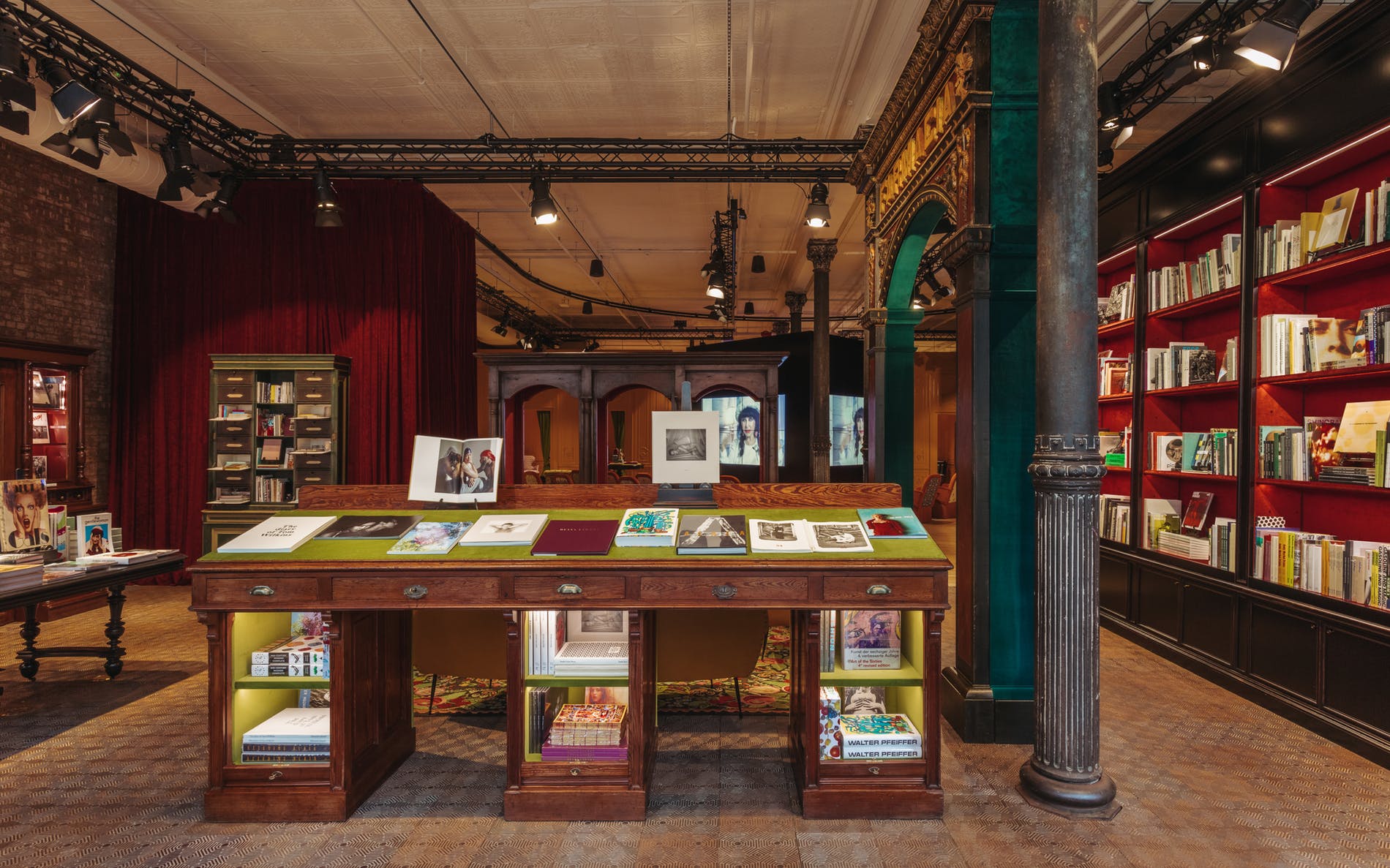 It is in this spirit that Gucci has decided to open its very first Gucci Wooster Bookstore on 63 Wooster Street. Directly inspired by the small, niche and indie bookstores for which this city is known, the innovative fashion house is determined to create a space for truly literary souls. Expect the bookstore’s titles to revolve around a specific theme: avant-garde art and photography. 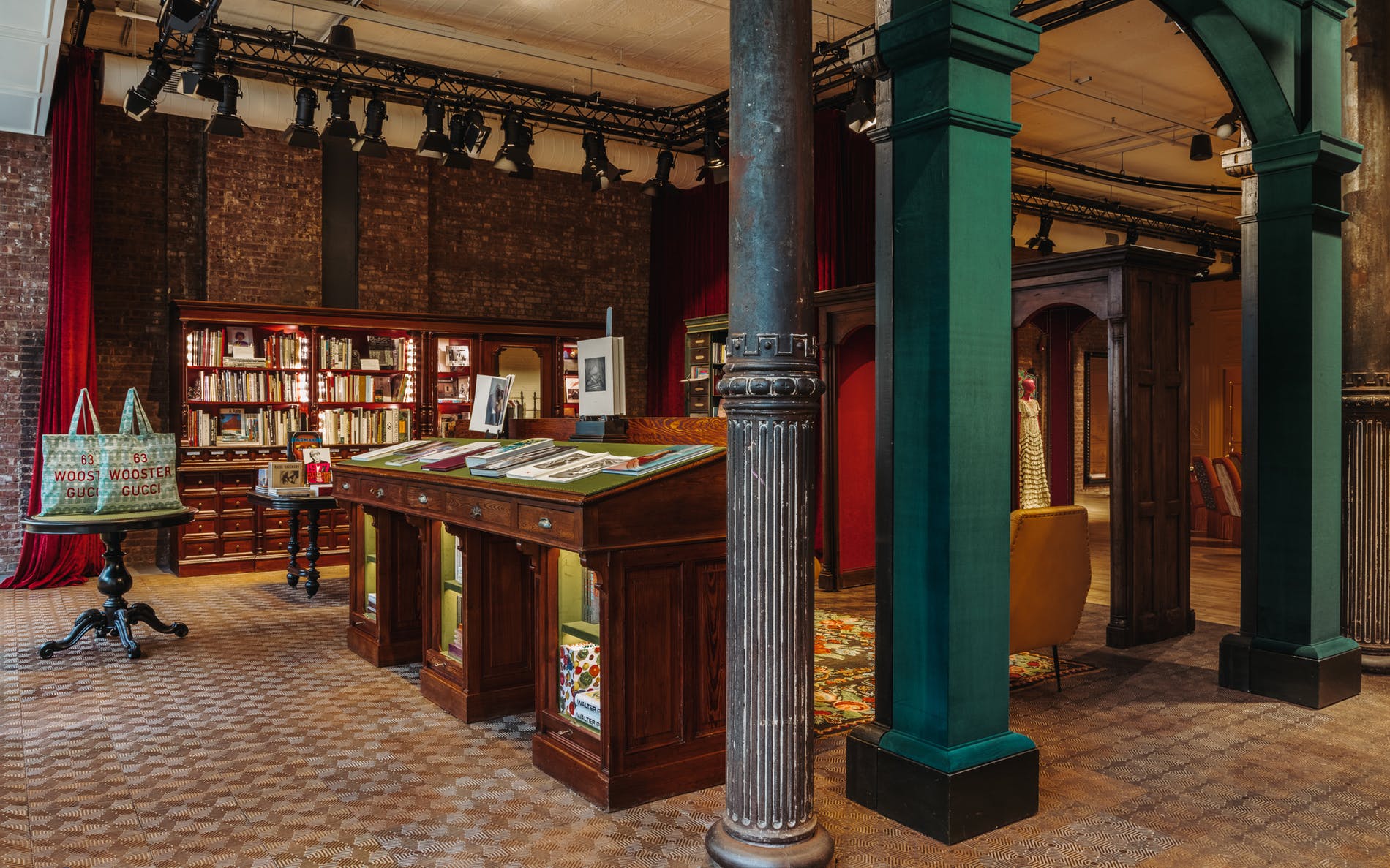 David Strettell, founder of Dashwood Books (a Manhattan bookstore specializing in photography), has been hand-picked to compile the collection of over 2,000 titles. So, dear fashion nerds, also expect to see a wide range of covers here from the latest publications and used books, to discontinued rare books and others that rotate continuously according to Gucci’s current inspirations and seasonal projects. The Gucci Wooster Bookstore will also hold an impressive selection of specialized magazines in fashion, culture, art, illustration, design, and photography. 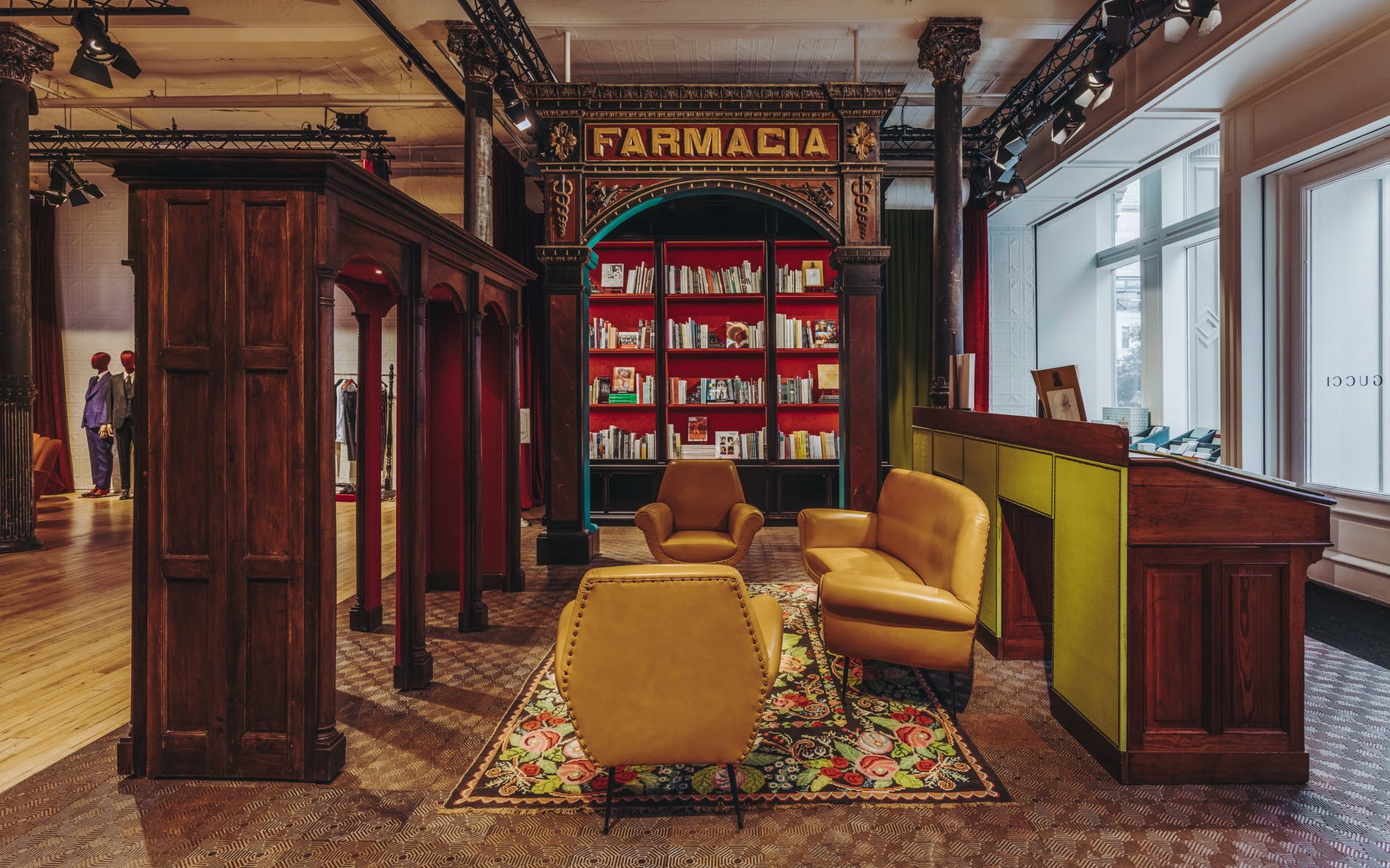 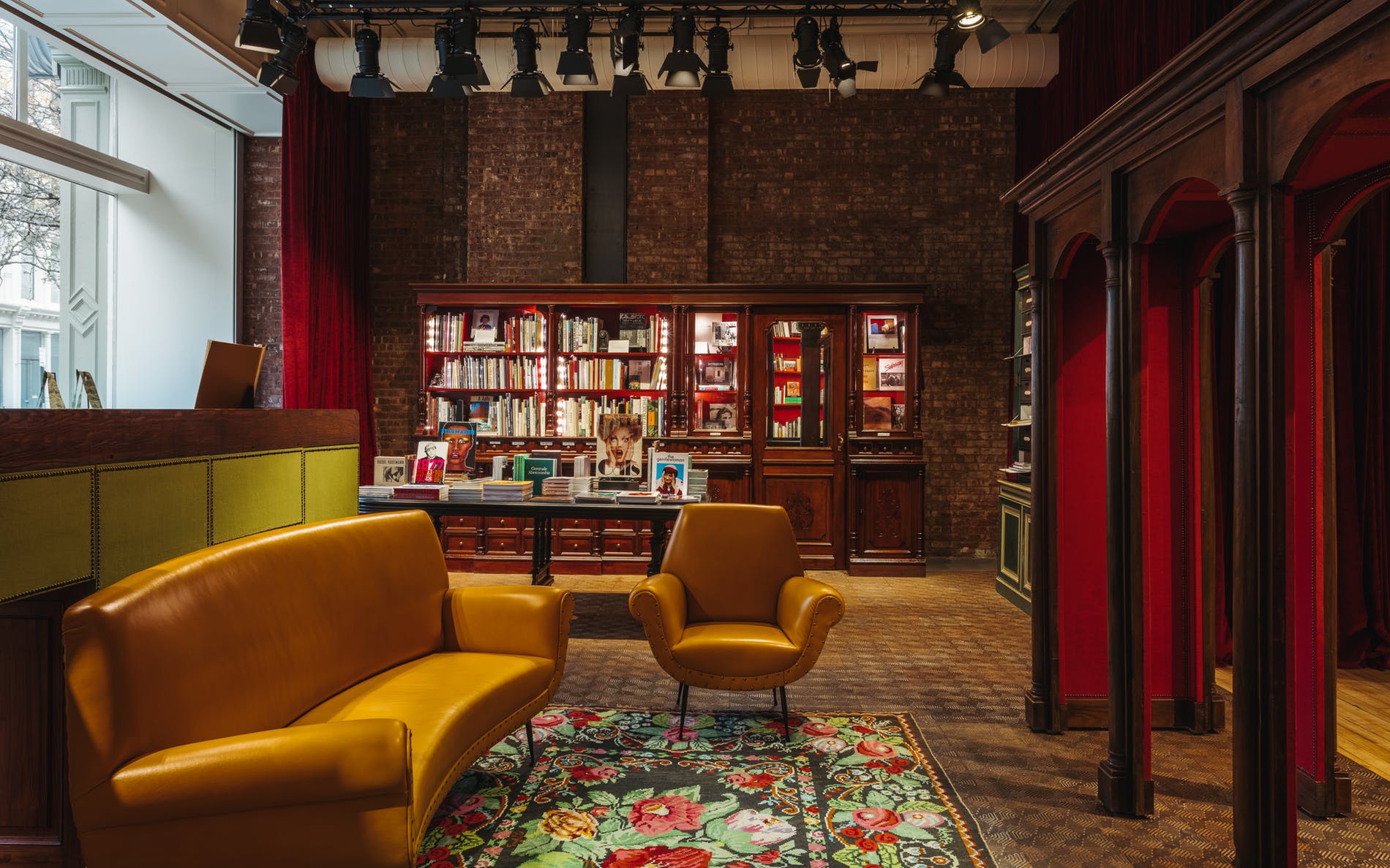 The bookstore will be decorated with restored pieces, wooden furniture and series of works by friends of Gucci, such as Petra Collins, Ari Marcopoulos, Ryan McGinley, Martin Parr, and Florence Welch. For those of us who are more fashion than nerds, Gucci Wooster sells a variety of gifts, including canvas bags, pencils, notebooks. These will be sporting Gucci’s new ’63 Wooster’ design as well as a pattern of green and cream tones to represent the cast iron architecture typical of SoHo.

Get a taste of the Gucci Wooster Bookstore in the images below, or see it for yourself at 63 Wooster Street, New York City.

This article was originally from Lofficiel.