The subversive fashion brand drops a flagship in the heart of Orchard Road. 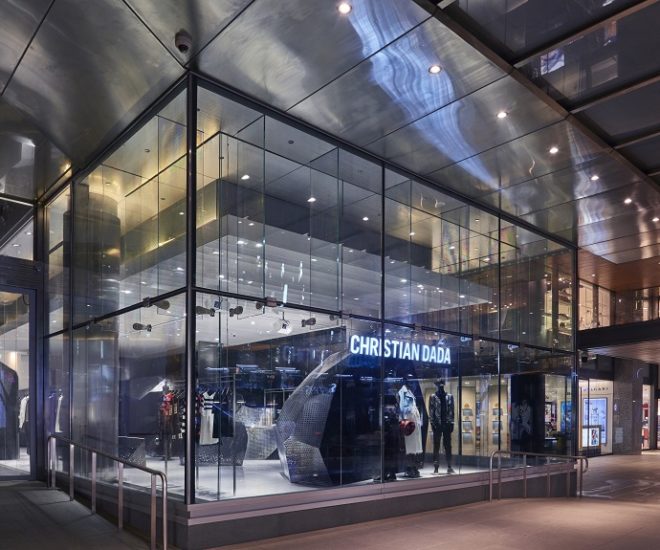 Luxury brands are always touching down in Singapore, seeking new markets here and in the broader region but there is still quite a lack of that alternative touch  Opening at 268 Orchard Road, the new Christian Dada flagship aims to channel a futuristic flair with a dark edge. Christian Dada was originally founded by subversive designer Masanori Morikawa in 2010. Taking inspiration from the irreverent humor of the Dadaist movement, he twisted the name “Christian Dior” over for his own uses (unfortunately, as he put it in an interview with Japan Times, not considering the potential Judeo-Christian misunderstandings that could erupt). This inspiration carries over into his design sense – a highly anti-conformist and deconstructionist style. As for the design of the new store itself – you could describe it in this way: ‘cyberpunk-geometrical-goth-zen-garden’. Structural rocks are strewn all over the space similar to the famous karesansui miniature landscape-gardens in Japan. The rocks are a feat of origami expressed in metalcraft: sheets of black perforated metal folded into three-dimensional shapes. These rocks can be used for display, seating, mirrors, and fitting rooms. The store’s look was influenced by Morikawa’s trip to the ‘art island’ of Naoshima. Well, Singapore can’t transform into Harajuku overnight but this definitely marks a willingness to aim for a wider fashion sense in the market.