German fashion brand Boss has revealed the first photos of its Spring-Summer 2016 ad campaign, which is centered around nature and architecture. 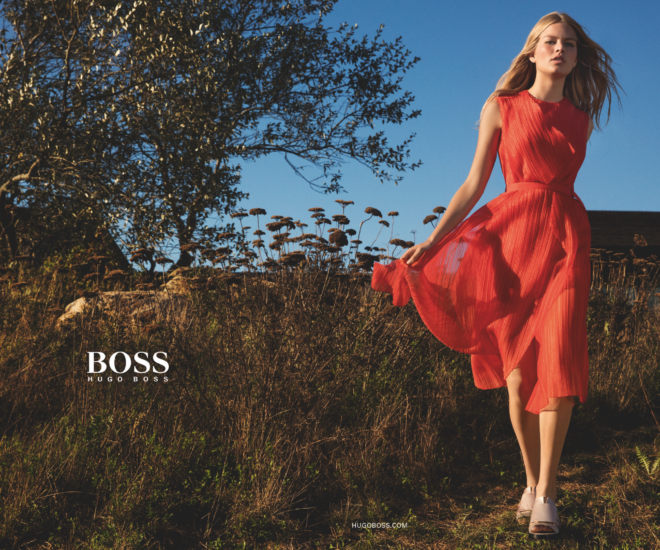 German fashion brand Boss has revealed the first photos of its Spring-Summer 2016 ad campaign, which is centered around nature and architecture. The campaign has been photographed by the Dutch duo Inez van Lamsweerde and Vinoodh Matadin.

As with previous Boss campaigns, the duo Inez & Vinoodh has been chosen to immortalize the spirit of the new Spring-Summer 2016 collection, envisioned by artistic director Jason Wu.

The campaign, which was shot in Montauk, New York, celebrates nature, and plays with movement and perspective. Boss has called upon the French model Clément Chabernaud to be the face of its menswear line for this latest collection. He prevoiusly represented the brand for the Fall-Winter 2015 and holiday 2015 campaigns. He models the Signature line, which is dominated by bright colors, camouflage and a sportswear feel.

The German top model Anna Ewers, who was voted female model of the year in 2015 by Models.com, is the face of the women’s collection, which features light dresses in plissé organza.

On the accessories front, the Bespoke bag, which has a graphic patchwork design, is at the heart of this new collection.