To average property developer, the New York SoHo area isn’t the easiest place to build, empty lots are scarce and many existing buildings require zone changes or new permits, add to the fact that New York SoHo neighborhood exists in a historic district. Enter property developer KUB Capital with 150 Wooster, home to some of the coolest luxury New York lofts in SoHo.

KUB Capital designed the stylish 150 Wooster as an eight-story, six-unit luxury New York loft offering after over three years of planning and multiple city approvals. Originally focused on townhouse development in Brooklyn, KUB chanced upon 150 Wooster in New York’s SoHo for sale in 2014 and immediately made an offer for it. According to Olshen Realty, KUB’s bid for 150 Wooster which closed for close to $51 million led the luxury market to its sixth-straight week end 2017. As mentioned, building prime luxury lofts in New York’s historic SoHo area is an exercise in patience. Years of approval-seeking followed as KUB Capital lobbied for New York’s City Council to agree to a zoning change as heritage regulations required that the intended residents be artists in keeping with SoHo’s history when painters and sculptors began relocating to commercial structures in the shabby neighborhood in the early 70s.

Furthermore, the NYC Landmarks Preservation Commission also had to approve the new facade proposed for the 4,271-square-foot, 150 Wooster New York Loft apartments. Comprised of an entire floor, the four bedroom luxury New York loft is emblematic of the rapid gentrification of the formerly run-down district. Here, 150 Wooster Loft No. 2 is a modernization of a vintage SoHo residence. Each apartment loft at 150 Wooster takes up at least a full floor and has four bedrooms, four-and-a-half baths and finally, large-scale windows, reminiscent of the artist’s lofts iconic to New York SoHo in the 60s and 70s. Large-plank white oak floors, 18-inch millwork baseboards spanning the spacious 800 square feet New York loft also features integrated lighting, one of the few hints of modernity at 150 Wooster. 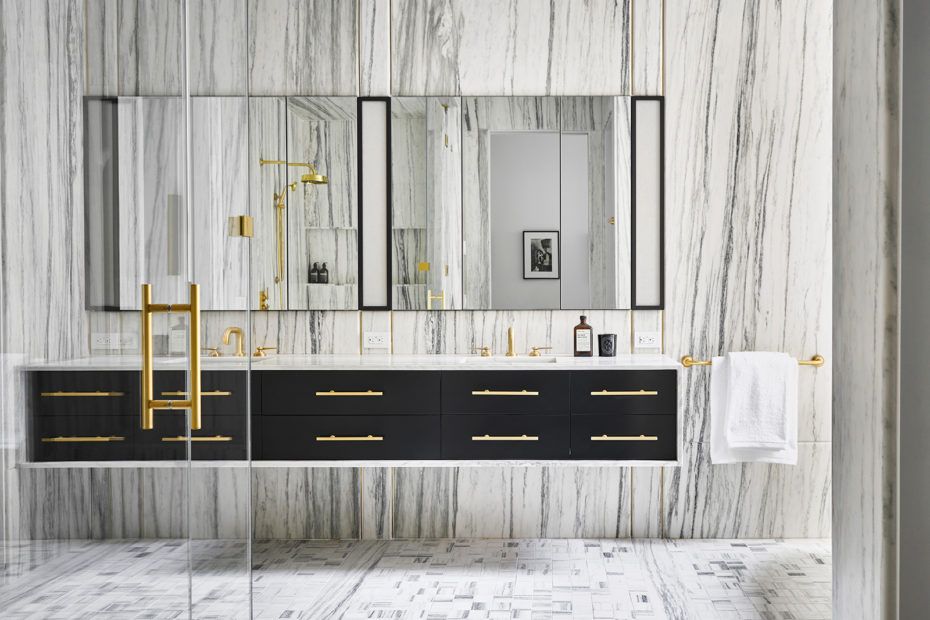 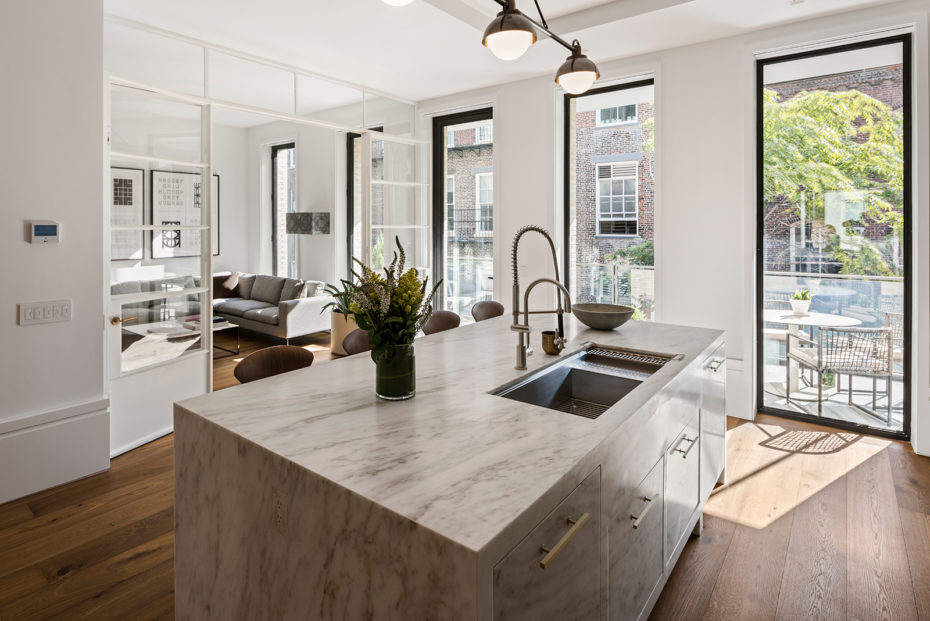 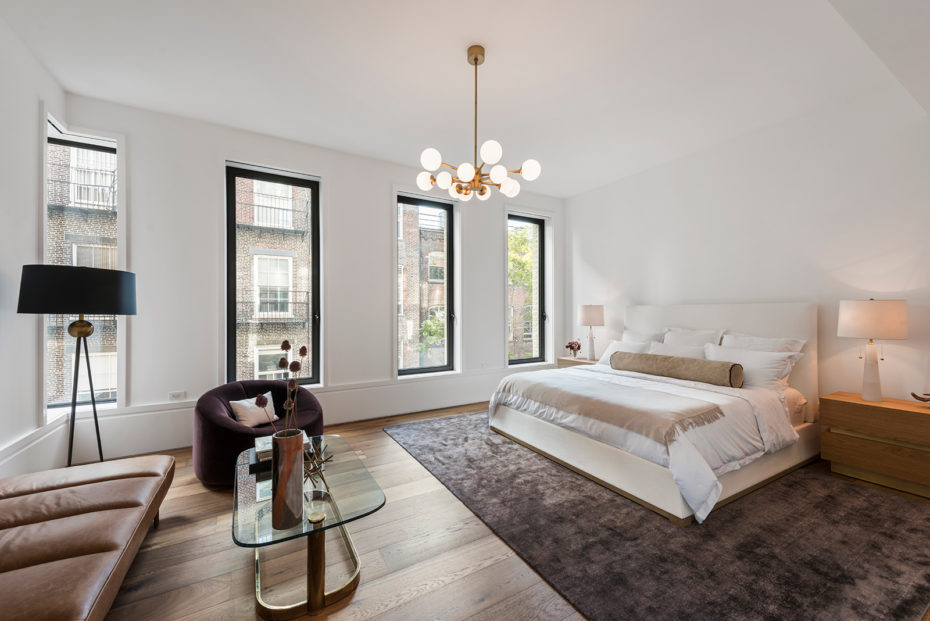 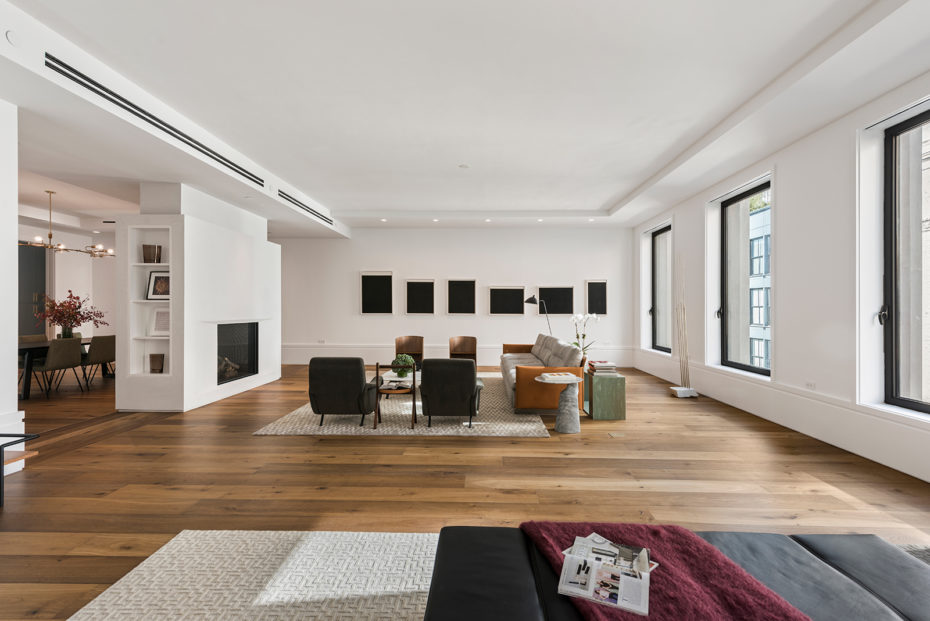 All apartments including 150 Wooster Loft No. 2 feature sculptural gas fireplaces which divides main area into a living and dining room. Brass provides aesthetic contrast, particularly cool designer elements like sinks in powder rooms and inlays in white-oak floors. But a great focal point just happens to be the industrial-size, six-burner Wolf ranges made of steel in the kitchens are meant to recall the restaurant-grade appliances which the old SoHo loft pioneers once purchased at supply stores on the nearby Bowery. Completing the look, a waterfall island made completely from Danby marble is the centerpiece of the chef’s kitchen.

Danby marble is a material fixture which continues into the master suite on the bathroom vanities, mosaic floors, and slab walls. Meanwhile, the master closets, with about 90 square feet of space, and in some cases, frosted-glass windows, are also notable. The 150 Wooster New York Lofts enjoys a beautiful private outdoor garden bigger than most New York City apartments. Each apartment also comes with a laundry room, with a sink and counter for folding. 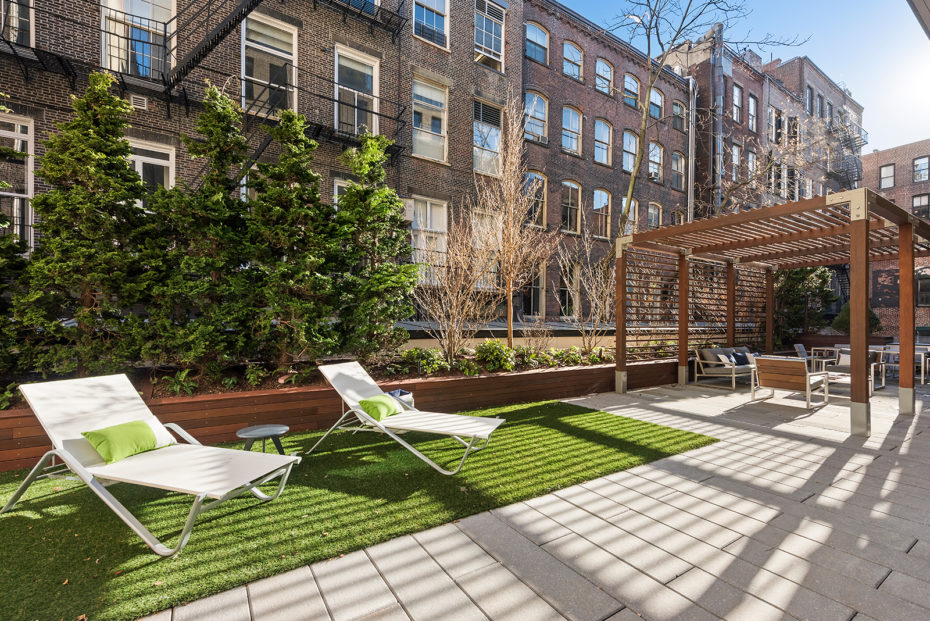