New York real estate: A guide to luxury properties in the city – from market trends to apartments for sale

Property prices in New York are reaching record-highs. bolstered by low inventory, low interest rates and robust local economies. Here, we look at the real estate climate of the city, detailing the latest market trends, new launches and insights from the experts 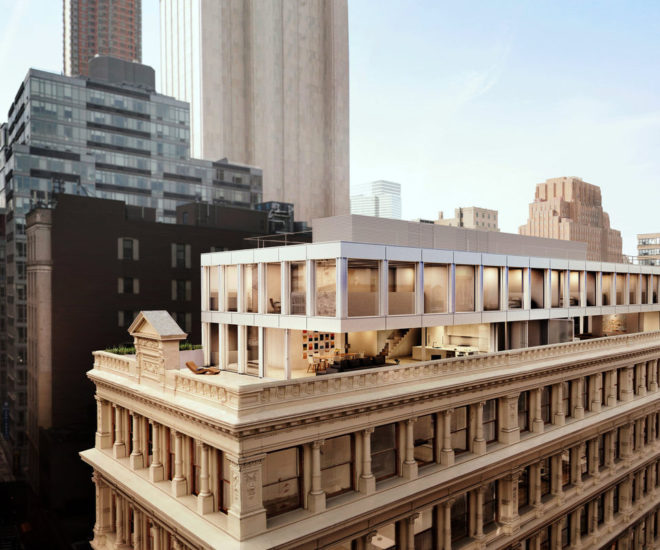 Manhattan is home to one of the world’s most dynamic and expensive real estate markets. The building boom that followed the last recession has already altered the city’s iconic skyline with a series of tall towers reaching unprecedented heights and price points. But while the soaring glass towers grab headlines, the city offers more than trophy apartments, particularly in rapidly evolving downtown neighbourhoods where developers are building to a smaller scale. From sleek towers in midtown to masonry lofts in TriBeCa, today’s Manhattan offers a myriad options for luxury living.

So far, 2015 has been a record year for New York real estate. “Prices are at record levels, we are doing a lot of deals,” says Fredrik Eklund, a Manhattan broker who specialises in the sale of luxury apartments. “My team reached over US$100 million in sales in the month of July. We’ve reached this number before, but never in July.”

According to market data from Douglas Elliman, median sales prices in the second quarter were at the highest level since the nancial crises began and the average sales price set a new record at US$1.87 million, an increase of 11.4 percent from last year. Low interest rates and a robust local economy are sited as contributing factors, as is a booming tech sector and low inventory. “Key market drivers this quarter continued to be a strong local economy led by employment gains, the highest average Wall Street bonus per person since 2007,” the report states. While the strong US dollar continues to take the edge off of international demand, this has been partially offset by rising domestic demand, a function of a strengthening economy and robust performance in the nancial markets.

Prices are rising in the outer boroughs too. Data released by Douglas Elliman reveal that Brooklyn sale prices also reached an all-time high in their average at US$788,529, while prices in Upper Manhattan, including Harlem, Inwood and Hamilton Heights also showed a price increase of 11.9 percent from last year. “With homebuyers being priced out of not only Manhattan but many Brooklyn neighbourhoods as well, these northern neighbourhoods are now more attractive than ever,” says Alan Lightfeldt, a market researcher with StreetEasy.

As prices rise around New York, prime Manhattan neighbourhoods around Central Park and Park Avenue appear stronger than ever. A number of multi-million dollar sales have made news headlines this year, including the sale of a penthouse apartment for US$100.5 million at Extell’s One57, the highest ever recorded in the city. Developers have also announced plans for several more towers, including 220 Central Park South and 520 Park Avenue, both with prices reaching upwards of US$100 million. The proliferation of uber-luxury buildings has some observers concerned over a glut of supply at the top end of the market. As Fredrik Eklund points out, sales above US$5 million comprise only a fraction of the market. “There are only one or two people that are crazy enough or smart enough to spend US$100 million on a penthouse,” he says.

• A strong local economy led by employment gains, the highest average Wall Street bonus per person since 2007, a booming tech sector, tight credit conditions, low inventory and low mortgage rates were key market drivers in the second quarter of 2015.
• All Manhattan housing price indicators moved higher than prior year levels. Median sales price rose 7.7 percent to US$980,000, tied with the fourth quarter of 2014 and the highest level reached since the market peak in the second quarter of 2008.
• Average sales price increased 11.4 percent from the prior year quarter, reaching a new Manhattan record of US$1,872,367.

Further downtown in TriBeCa where high profile towers like 5 Beekman and the Woolworth Residences have recently come onto the market, a number of smaller, boutique projects have taken a more preservationist approach. The Shigeru Ban-designed Cast Iron House comprises 13 units in a historic 19th century cast iron building on Franklin Street, while at the Sterling Mason, located on a charming cobblestone street in the North Historic District, Taconic Investment Partners have transformed 1905 loft warehouse by adding a contemporary twin with a total of 33 units starting at US$3.9 million.

Further uptown, the construction of tall towers continues, including 220 Central Park South, 520 Park Avenue and 53W53 Street, a Jean Nouvel-designed building being constructed above the Museum of Modern Art (MoMA). The residential tower, which was initially proposed in 2006 but stalled during the recession, will rise to 1,050 feet, tapering as it rises, with 139 residences including one- to five-bedroom apartments and duplex penthouses with private elevators.

Jean Nouvel designed the building using an exposed structural system he calls a diagrid. The lines zigzag across the building creating angular shafts through the apartment windows, which feature views of Central Park and the Empire State Building on the upper floors. The residence interiors, which feature large living spaces and thoughtful touches like custom blinds that follow the curvature of the glass come courtesy of Thierry Despont who is known for creating bespoke interiors for America’s wealthiest homeowners. There are kitchens from Moltini, appliances from Miele and bathrooms with under oor heating.

Penthouse A at the Sterling Mason features a wrap-around terrace

“If you like the architecture, if you like Jean Nouvel, this is a really unique building of international quality,” says David Penick, managing director at Hines who is developing the building with Singapore’s Pontiac Land Group. Residents of the building also receive a benefactor level membership at MoMA. “This gives them access to private events, they can bring guests. It’s a really nice amenity,” he says.

Prices range from US$3 million to over US$70 million for the penthouse units, which Penick believes is reasonable value in the current market. In addition to the cache of the neighbourhood and ‘starchitect’ design, Penick underlines Thierry Despont’s “nicely proportioned living areas” as a draw for potential buyers.

Well-designed living spaces might not grab headlines, but they are on top of the list for today’s discerning buyers. “I’ve been doing this for 13 years and what’s really hot lately is away from all of the gimmicks,” says Fredrik Eklund. “Developers are competing with bowling alleys and built-in TVs. I don’t have anyone asking for that any more. What everyone wants is really good floor plans, great dimensions and functional apartments.”

Developed by DHA Capital, this boutique condominium on the Lower East Side features 37 residences with interiors by Paris Forino. Includes one-, two- and three-bedroom units and four penthouses with a private rooftop. Building amenities include landscaped rooftop, gym, and 24-hr doorman.
Price: Approximately US$1 to 3.5 million

Located at 71 Laight Street in the TriBeCa North Historic District, this project offers 33 residences including two-, three-, four- and five-bedroom units ranging up to 3,700sf and three single and double-floor penthouses with wrap- around terraces. Full roster of amenities include concierge, library lounge, gym, private parking, children’s playroom and an interior courtyard.
Price: Apartments from US$3.9 million; penthouses from US$20 million

This upcoming tower designed by Jean Nouvel will be located above MoMA and features 137 luxury residences ranging
from one- to five-bedroom units, including full floor apartments and penthouses with private lifts. Amenities include a wellness centre with a pool, sauna, steam rooms and squash court, wine storage and a MoMA benefactor membership.
Price: US$3 to over 70 million