The 2017 Bentley Continental Supersports can go from 0-100km/h in 3.4 seconds, on to a top speed of 209mph (336km/h) and boasts a 700bhp powerplant, making it the most powerful production car in the company’s history. 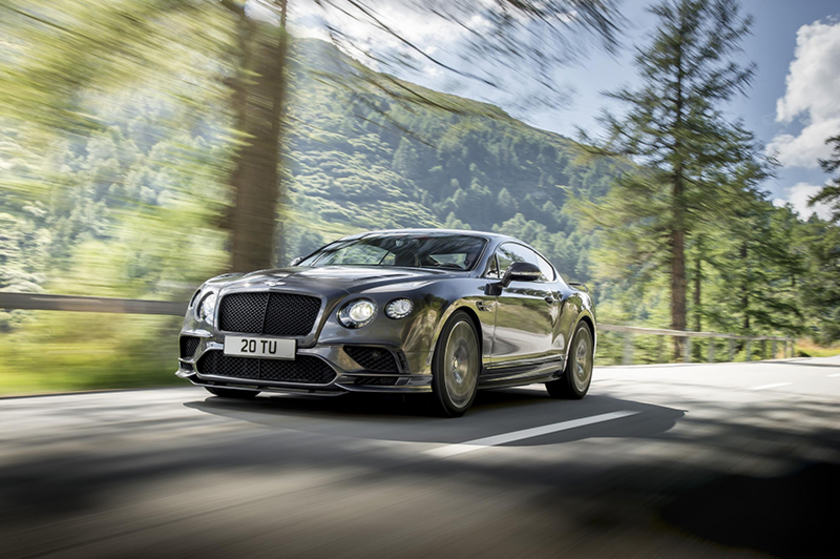 When Bentley started teasing the new model — the current generation Continental GT’s swansong — they promised a car of extremes. And now that it’s arrived it’s clear the company wasn’t exaggerating.

Fans had been expecting a stripped back, bare bones car with two seats and a V8 calling the shots.
And the Supersports is lighter than any other Continental GT thanks to some carbon fiber exterior fittings, huge carbon ceramic brakes, lightweight forged alloy wheels and a titanium exhaust system.

However, Bentley has managed to shave 25kg off the car’s kerb weight without sacrificing any of the car’s creature comforts or interior cossetting.

Instead, the mighty performance is due mostly to a totally reengineered W12 motor under the hood. Thanks to a new air cooling system, higher capacity turbochargers plus new conrods and bearings, that 6-liter engine offers a 79bhp increase and a further 217Nm of torque over even the last Supersports model built back in 2009.

And because it’s lighter it means an overall 10% improvement in terms of power-to-weight ratio.

“The Supersports name is legendary at Bentley. From the very first Supersports of the 1920s to the Continental Supersports of 2009 — and now with the third iteration of this iconic model — it is a name which excites, impassions and thrills,” said Bentley Motors CEO Wolfgang Dürheimer.

So that the new model is more than simply a muscle car in an impeccably tailored suit, the car has a clever four-wheel drive system with torque vectoring — it can simultaneously apply the brakes to one wheel while re-routing power to another — to maintain grip in the tightest bend.

The suspension has also been stiffened, there’s an external aerodynamics package including a front splitter and there’s a fixed rear wing spoiler to provide downforce at higher speeds.

Inside, the seats are trimmed in a three-color Alcantara split (unique on this model). There’s also the option of checkered carbon fiber fascia panels instead of the more traditional bookmatched wooden veneers.

The finishing touches are a unique steering wheel and gear lever, also trimmed in Alcantara to continue the racing theme. And for those that feel that all of this isn’t sufficiently dramatic, the car is also available as a convertible.