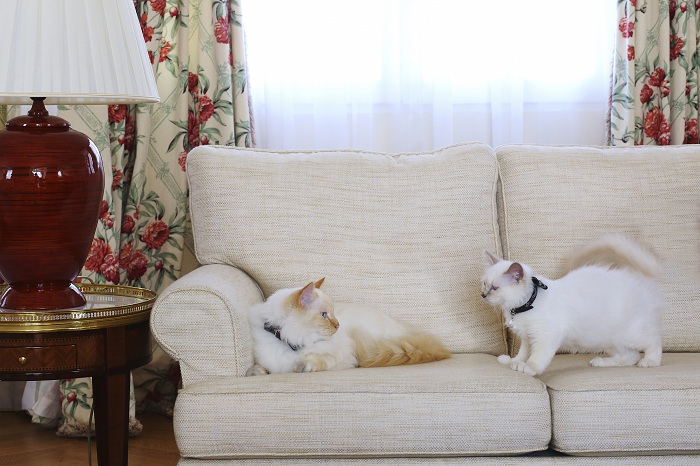 Paris has developed a growing affinity for cats in recent years, first with the opening of a popular cat café, and now with the adoption of a new feline at the luxurious BRISTOL HOTEL.

On the eve of the opening of two major hotel rivals, the Bristol introduced the press to its latest family member, a blue-eyed, white Birman cat named Kléopatra who will be allowed to roam the hotel freely as its pet mascot. On August 1, the Peninsula Paris will open its doors, as will the Hotel Plaza Athenee after a nearly year-long renovation, ratcheting up the competition in the city’s luxury hotel market.

Last year, the city became home to its first cat cafe, in which cat lovers can sip their coffee amid roaming felines.