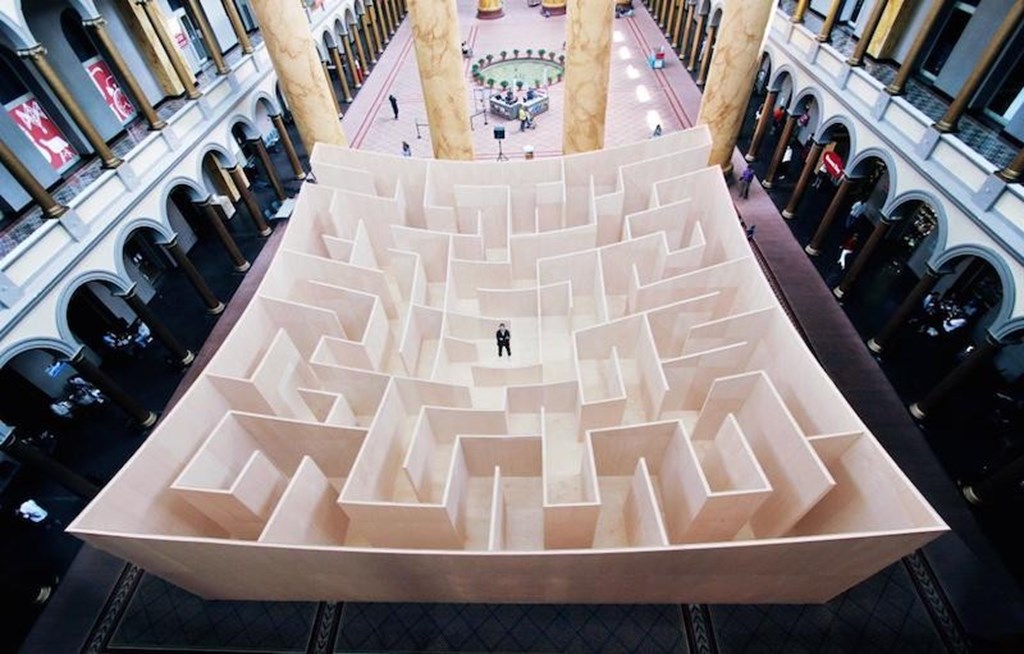 Led by architect Bjarke Ingels, Danish architecture firm BIG have recently created a giant concave wooden maze installation in the Great Hall of the National Building Museum in Washington D.C. Called the BIG Maze, the entire 18 square meter structure is constructed using Baltic Birch plywood. Unlike other ordinary mazes, the structure is built in a way that there is more understanding and clarity as the participant goes deeper into the maze. The indoor puzzle has a perimeter of five and a half meters that gradually decrease as the participant moves towards the middle of the maze, giving them a clearer picture of the maze and effectively showing them the way out. BIG Maze is inspired by ancient Greek labyrinths, European hedge mazes and American corn mazes.

“The concept is simple: as you travel deeper into a maze, your path typically becomes more convoluted. What if we invert this scenario and create a maze that brings clarity and visual understanding upon reaching the heart of the labyrinth?”, explained Bjarke Ingels. The ‘BIG Maze’ remains open at the National Building Museum until September 1, 2014.