The most expensive hotel in Paris during Fashion Week

Five-star hotels in Paris have taken advantage of one of the most glamorous events of the year to hike their room rates. 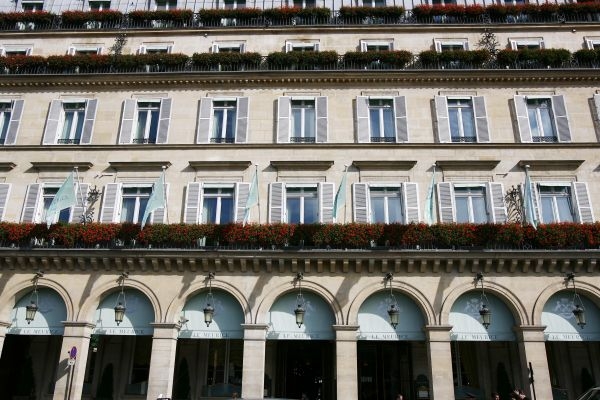 If you happen to be in Paris during Fashion Week this month, you can bet that the beautiful, well-heeled people filing out of Le Meurice hotel in Paris are flush with cash, as the 18th century hotel has posted the most expensive room rates during the nine-day event.

According to Kayak.com, five-star hotelshave taken advantage of one of the most glamorous events of the year to hike their room rates, with prices spiking an average of 30% among the most luxurious properties in Paris.

Guests at Le Meurice, for instance, are ponying up an average of €1,580 a night for the privilege of staying at the palace hotel located between Place de la Concorde and the Louvre museum.

With interiors designed by Philippe Starck, and hotel dining overseen by Michelin-starred celebrity chef Alain Ducasse, the property that overlooks the Tuileries gardens has long been a favorite among the world’s glitterati. Among the hotel’s most famous regulars? Painter Salvador Dalí.

At the other end of the spectrum, meanwhile, the report sniffed out more affordable deals at Hotel Pullman Paris La Défense, where the average room rate is a much more reasonable €180 a night.

With the closure of the Hotel de Crillon, and the Ritz Paris — both shuttered for extensive renovations — rivals Le Meurice, the Peninsula and the Mandarin Oriental have enjoyed increased bookings.

The most expensive hotels in Paris during Paris Fashion Week

The most affordable five-star hotels in Paris during Fashion Week