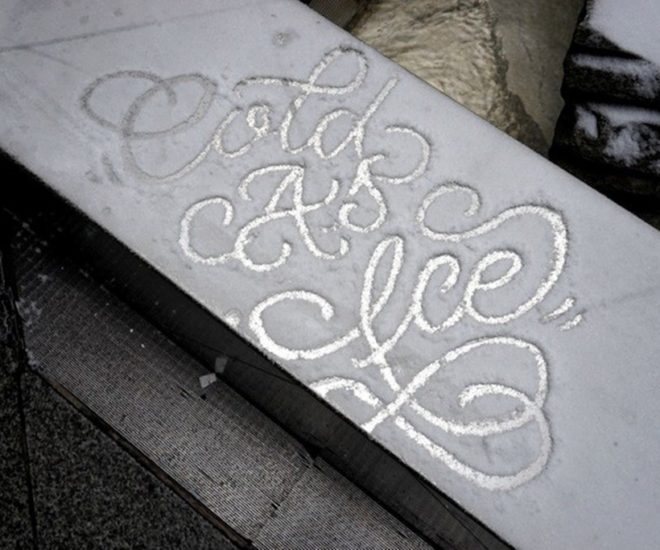 Anonymous graffiti artist Faust is widely recognised for designing stickers that are used to decorate paper boxes in New York. Recently, the New York- based artist took advantage of the icy weather in the big apple by writing elegant messages on snow-covered cars. Using the frozen surfaces of icy windshields and hoods as his canvas, Faust writes calligraphy in the snow. He leaves winter-themed messages such as “cold as ice”. Some writings and messages are more ambiguous than others.

Although Faust protects his real identity, he still takes on high-profile jobs, working with large corporations such as Nike and Samsung. via my modern met